“We’re just trying to keep it fun, keep it light,” said his father, Cooper Manning. “He’s a mature kid when it comes to knowing what he wants. 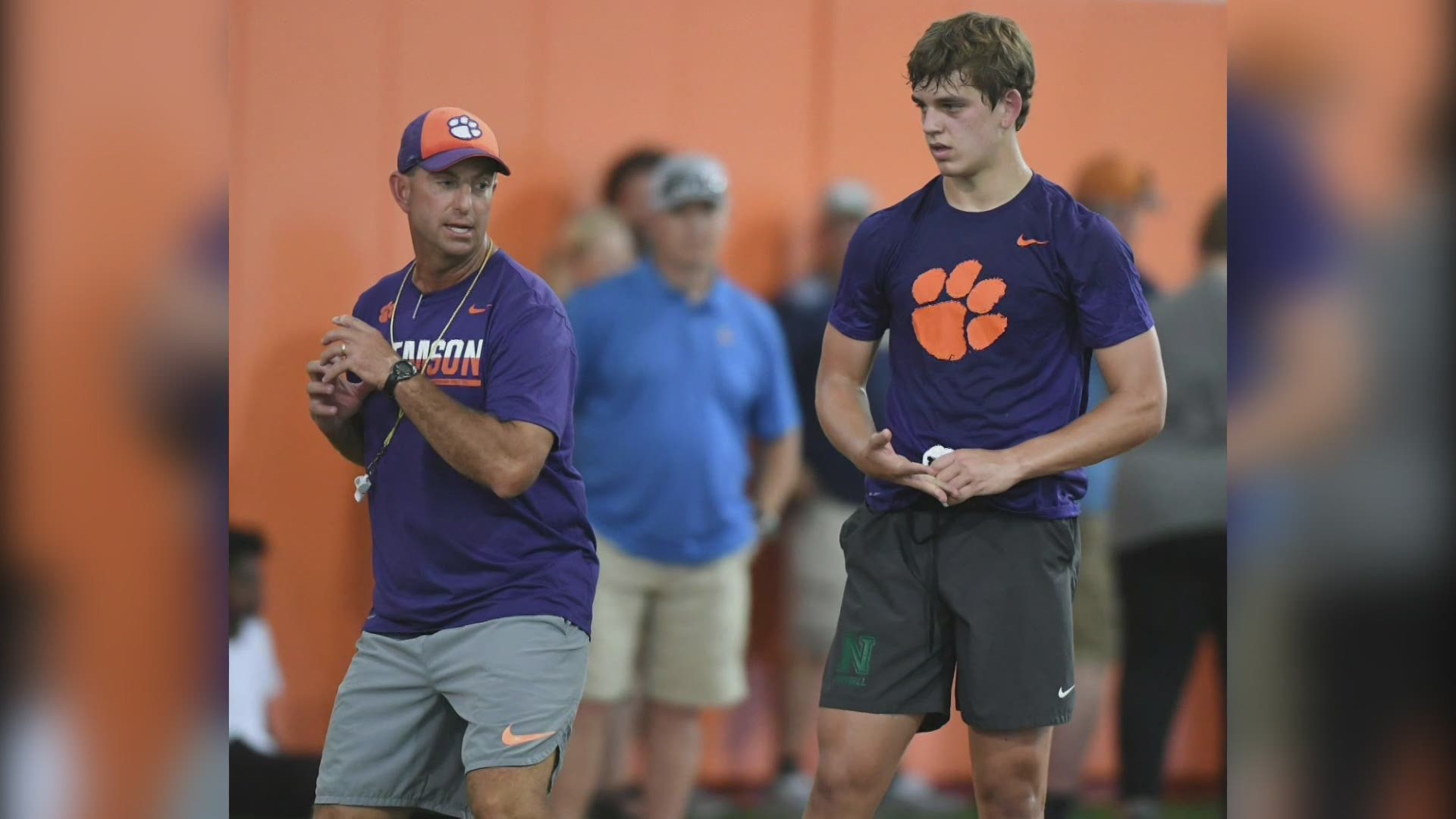 Major college football programs across the country all want a look at the number one quarterback prospect in the country in the 2023 class – Arch Manning.

Arch is the son of Cooper Manning, grandson of former Saints quarterback Archie Manning and nephew of NFL greats Peyton and Eli Manning, who were both number one overall picks in the NFL Draft and who both have two Super Bowl rings.

Arch is able to make visits now that were not possible when the COVID pandemic was at its worst. He said he is “wide open” to looking at several major college programs and has already visited Clemson and Texas and Alabama is on the list too. He could also visit Notre Dame, LSU and several others, perhaps even his grandad and uncle’s alma mater, Ole Miss or Uncle Peyton’s alma mater, Tennessee.

“He’s in the enviable position of having a lot of people be interested in him and not having to go out and prove himself and be known,” said Cooper Manning. “That’s a tougher climb. He’s fortunate and gets to kind of pick and choose where he wants to see and what it’s like.”

As soon as the NCAA dead period ended on June 1, Arch was making visits. First he attended a football camp at Clemson and then Texas.  At Clemson, Manning got one-on-one time with Tigers’ head coach Dabo Swinney. He even sported the burnt orange of Texas along other top-rated junior class prospects.

This coming weekend he will be at Alabama and Georgia, checking out two of the SEC’s premier programs.

“I told Arch, all of these are shiny, red Ferraris, they’re all gonna look great,” said Cooper. “He’ll work his way through and kind of find out what’s the best fit. I don’t think he’s in a huge rush. He has two more years of high school. Everything kind of starts a little early (now) but you have to kind of get ahead of the curve and be educated on what’s out there.”

Recruiting can be stressful for prized prospects like Arch, and his dad is mindful of that.

“We’re just trying to keep it fun, keep it light,” he said. “He’s a mature kid when it comes to knowing what he wants. We’re gonna sit back and support him wherever he goes and enjoy the whole process.