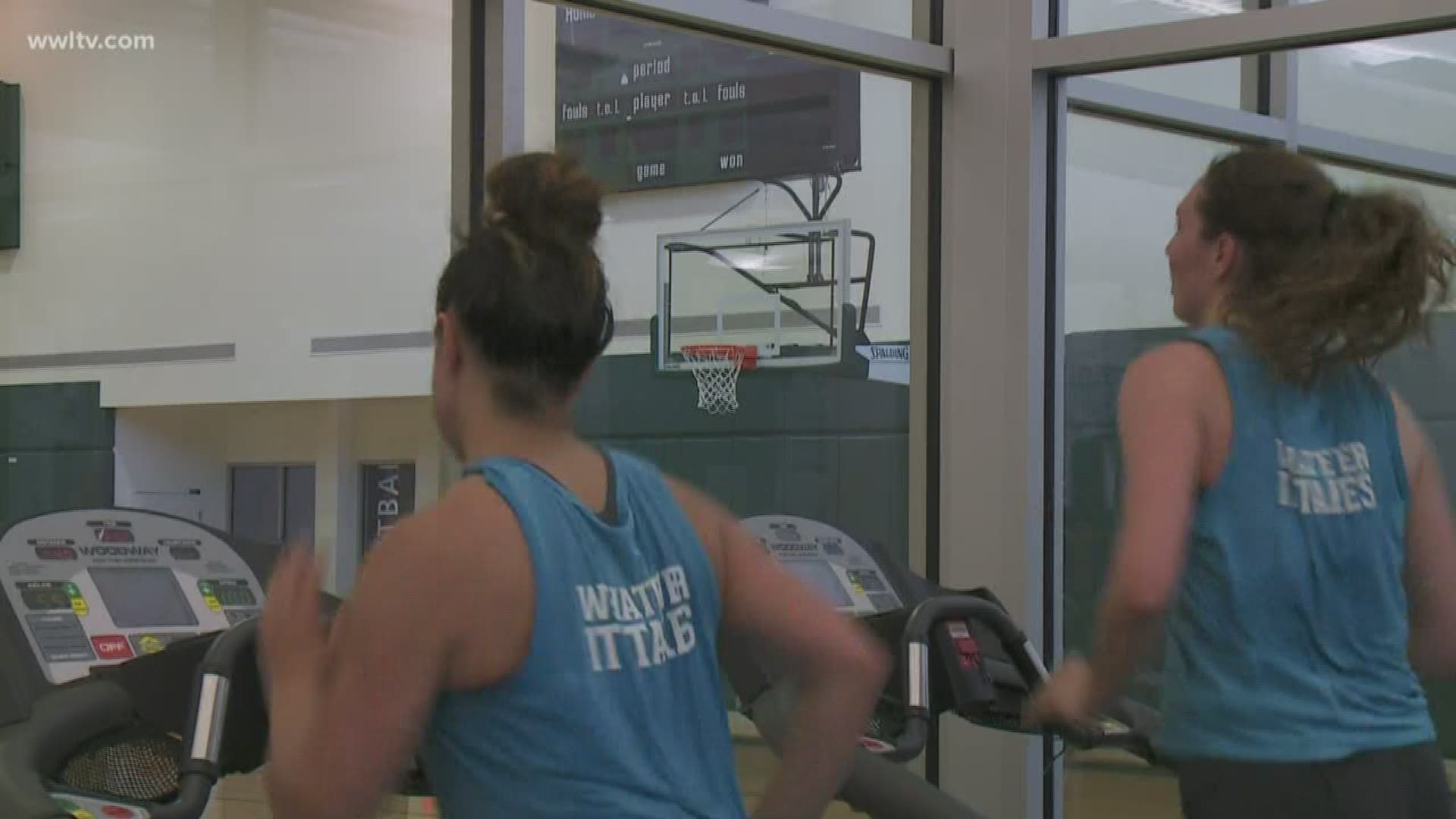 Training at high altitudes gives athletes an advantage when they compete on lower ground. Student athletes at Tulane University are going to get that same competitive advantage.

Tulane basketball players are working out at an altitude close to 10,000 feet, right on the Uptown campus in a special chamber. The coaches can simply hit a button and the air becomes thinner, with less oxygen like in Kenya or France.

"Tiring. Very tiring. It just feels like you can't breath as much,” said Tulane Junior Kayla Manuirirangi from New Zealand, who is on the women's basketball team. “It's tiring enough being on a normal treadmill, but going to altitude makes it that much more difficult."

"Very hard to breath. I never experienced altitude running like that. It was very interesting. I think it will definitely be a tool for us," said Tulane Freshman Mia Heide of Austin who is on the women's basketball team.

The new chamber is from Altitude International. Tulane is the first school in the country to get this model. Air is sucked in from outside, then highly filtered and separated. It is then pumped into a glass enclosed workout room. Your red blood cell count goes up to carry more oxygen as you grow more vessels and muscle mass. Even the cells' powerhouse structure changes.

"Altitude training will allow the athletes to get to a different plateau of conditioning and it's the only way you can get there," explained J.B. Frost, the COO of Altitude International.

"This makes it very easy for any athlete to go in, do his or her normal training, and get done in three weeks in the chamber the fitness level that would take a season of training," said well-known network sportscaster Lesley Visser with Altitude International.

Former Tulane football player and current NFL cornerback Lorenzo Doss said he remembers when he played for the Denver Broncos and how opposing teams had difficulty playing at Mile High Stadium in the high altitude.

"The team couldn't breath and we would just, the players would just sit over there and laughing, because you could see the players on the other side of the field with the (oxygen) mask on," remembers Doss.

"We're going to be in better shape. We're going to be better athletes, and so I'm just so excited about it," said Ron Hunter, the new head coach for Tulane men's basketball team. "I think this is going to help us win games."