Baseball's back, sort of. A look at the first day of the Nationals return as a post-pandemic season begins

The first day of summer training camp kicked off yesterday, with the Nationals back at Nats Park for workouts and training. 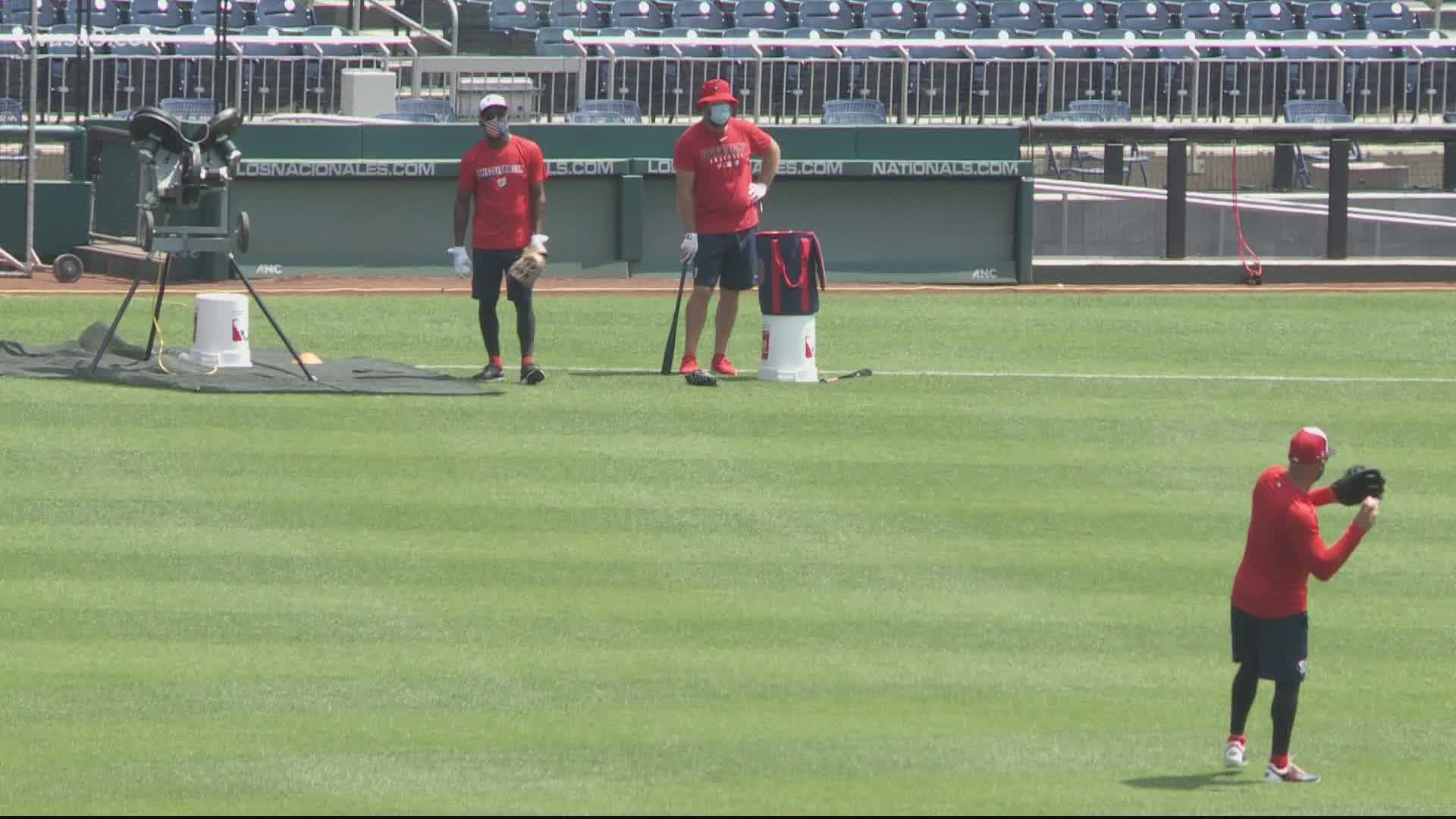 WASHINGTON — There's not a whole lot better than watching baseball on a hot summer day, ice-cold beer in one hand and a hot dog smothered in the other. And while Nats Park is still not open to the public yet, the stadium did see a breath of new life as the Nationals returned for day one of summer training Friday.

The stadium is one of 30 training sites around the country as the MLB attempts to begin a post-pandemic season, the shortest it's had since 1878. As of right now, a tentative 60-game regular-season start date is expected for later this month, July 23 or 24, with teams returning to empty stadiums.

For the Nats, that means a four-game home opener against the New York Yankees that week. Unfortunately, fans are still not allowed in the park, something Davey Martinez said during Friday's training camp was devastating but ultimately necessary.

“We’re going to do our best to keep everybody safe," he said. "We really are.”

"I didn’t spend three months isolated on a farm to come here and get sick, so I want to make sure that I keep myself safe," he continued. "I keep the coaching staff safe, the players safe, and everybody around me.”

According to the league, thirty-one Major League Baseball players and seven staff members tested positive during the first intake for training, a rate of 1.2%.

With the season being unconventional, the start to summer training camp felt just as unique.

Dispatched in smaller pods to encourage social distance efforts, the Nats usual training measures lasted from 7:45 am to 5:30 pm, ranging from batting practice to throwing on a field.

Similar to reopening here in the DMV, the MLB has asked teams to phase out their training efforts in three parts: individual and small group workouts for the first, larger group workouts and game practice in the second and actual training games in the final step.

Coaching staff wore masks, joining players in getting tested every other game. Not everyone was at the park on Friday -- those who were still awaiting healhy test results were absent, and a handful of players like Ryan Zimmerman and Joe Ross have opted out of the 2020 season in an effort to protect their families.

Credit: AP
A heart is visible in center field with the letters "DC" at Washington Nationals stadium in Washington, Friday, July 3, 2020, as the team is set to hold their first training camp work out. (AP Photo/Andrew Harnik)

But there were a few of the regulars. Max Scherzer pitched a simulated game for a handful of innings, with bullpen sessions still happening and Anibal Sanchez swinging. Trea Turner and Adam Eaton throw around in the outfield, which now has a massive heart logo with DC pressed into the middle.

With concession stands boarded up and entry gates restricted, the game definitely feels different than last July. It's only the first day of what will be an unforgettable season, regardless of the outcome.

RELATED: Baseball is back! MLB says players will report to camps July 1

Kyley Schultz is a digital editor at WUSA9, covering everything from DMV politics to house fires and the Nationals. You can follow her on Twitter @KyleyBSchultz

RELATED: Nats' Ryan Zimmerman and Joe Ross have decided not to participate in 2020 season 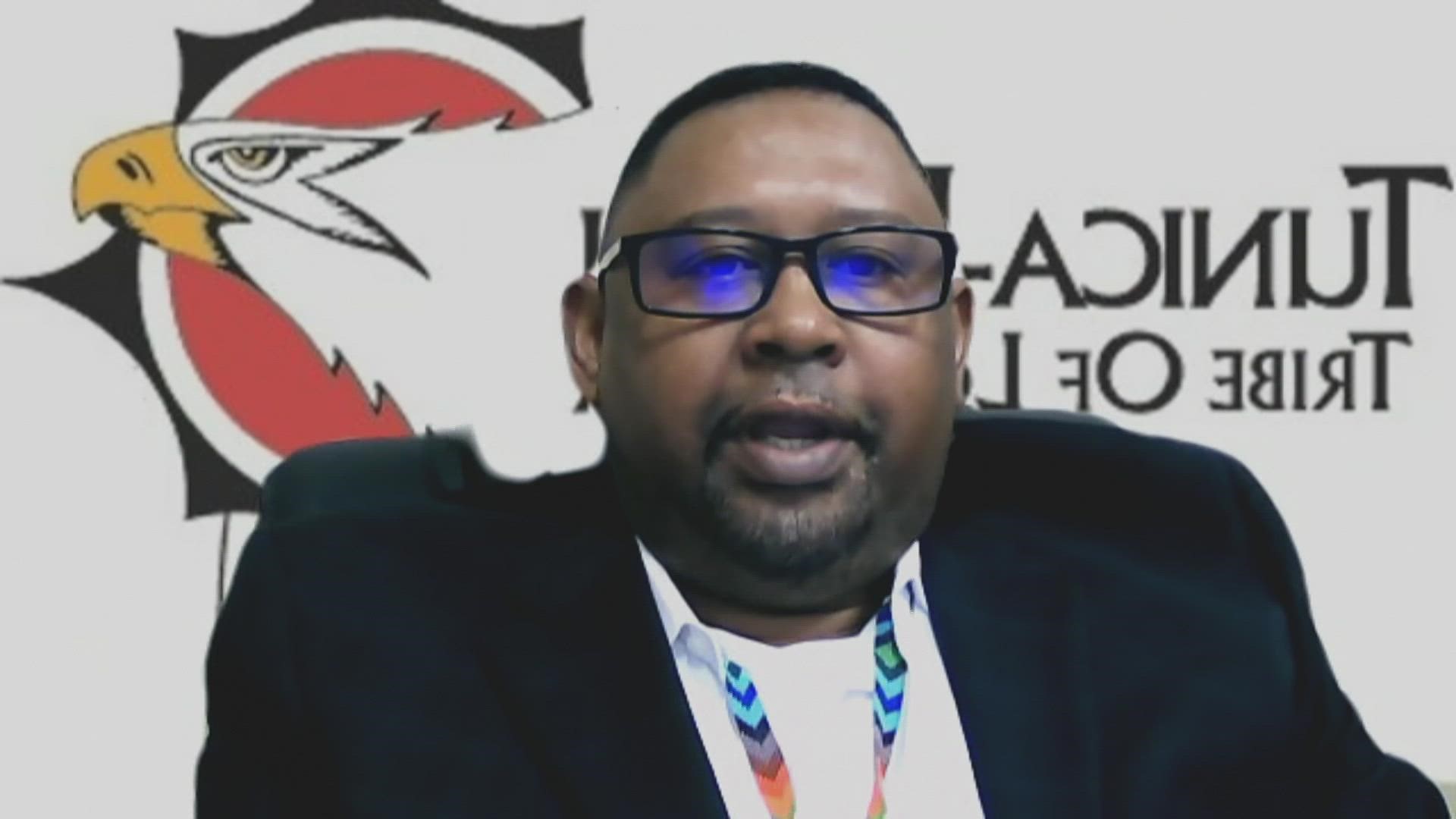