They were undefeated in the state, then the region, and made it all the way to the finals of the world series in Portland. 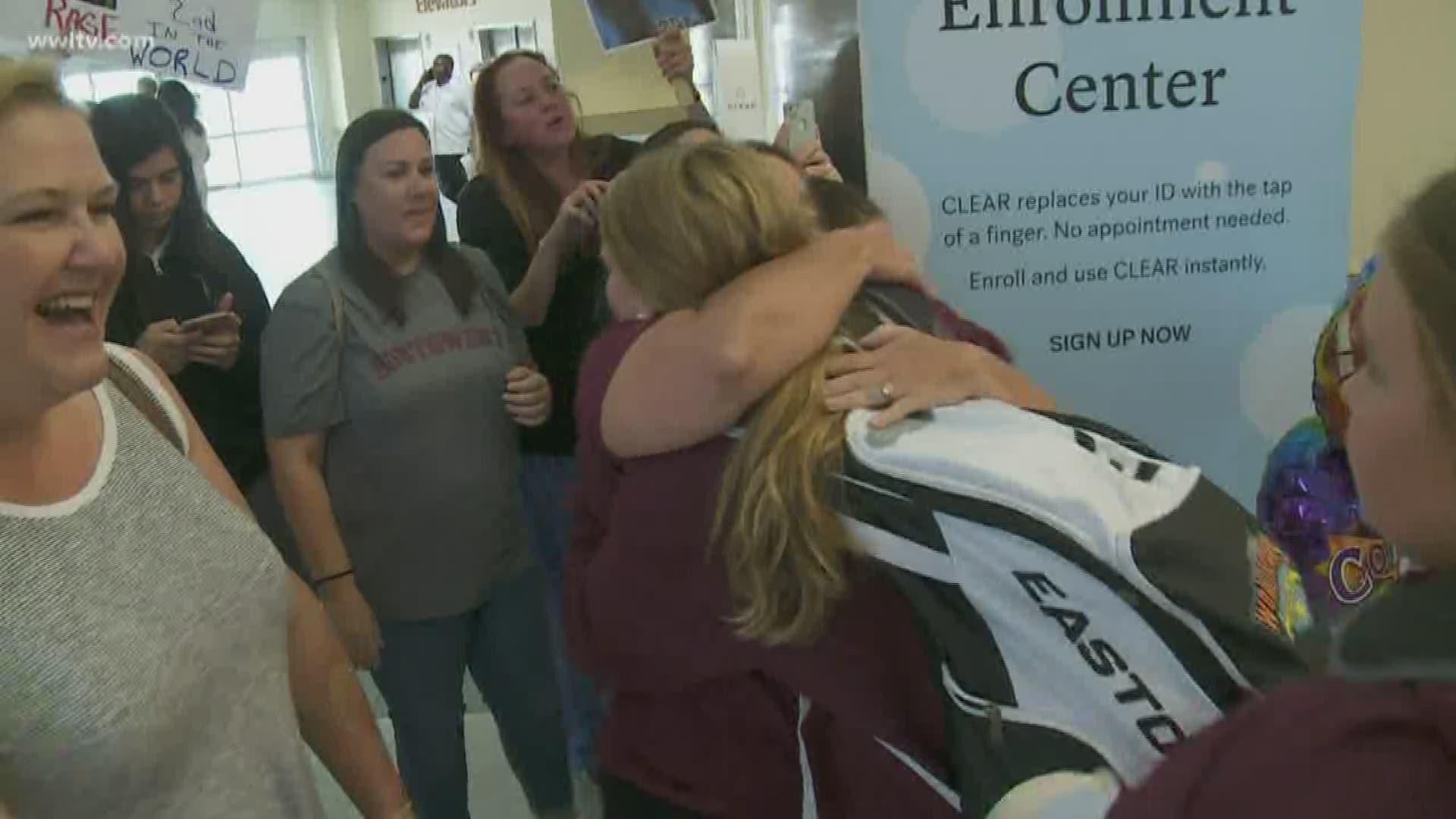 Despite being runner-ups for the world series in Portland, the local little league girls' softball team got a warm welcome home as they arrived back in Louisiana Thursday afternoon.

They were undefeated in the state, then the region, and made it all the way to the finals of the world series in Portland.

Mothers, grandmothers and sisters made a balloon runway to welcome back the Eastbank little league girls' softball team.

"To see the girls work so hard and to see the experience, play with other countries. We played Italy. We played Latin America, and to see that they get to talk to other girls and learn about their cultures," said the catcher's mother Jessica Nelson.

"She did very good behind the plate. I love to see her play. She's like a big role model to me, whenever she plays, and she's a good sister to me," said Miley Nelson, the catcher's little sister.

Even a mayor, sheriff and other public leaders were there too.

"I'm very proud to see how good this program has been able to develop over the years. Makes it great to be able to watch them on ESPN last night," said Sheriff Joseph Lopinto of Jefferson Parish.

Complete strangers came out to see them, like a traveler from Wisconsin who was anxious to see the players he had watched on national TV.

"I thought that's really neat. I was with a couple of coworkers. I thought it was interesting," said Tim Loew.

And then the 11- and 12-year-olds arrived after being away for nine days. There were cheer and chants of "Who Dat."

Sure, they were disappointed for being the world runners up, but they understand silver is a huge accomplishment, and a learning experience.

"I'm just excited that I got the chance to go. And I'm kind of sad that we didn't win, but at least we got there," said team member Damari Harris.

"You need to always believe in your team, and have confidence in each other, and just build each other up, and have fun," said catcher Bailey Nelson.

When asked how he cheered the team up after the loss, Coach Randy Deslatte responded, "Well I just reminded them that they are all champions inside, so they need to hold their heads up and be proud. It's quite an accomplishment that 3,000 other teams weren't able to do."

And then with the final team farewell cheer and it's back to school and reality, but this time with memories they'll talk about for decades to come.

The boys' Eastbank little team is also in the World Series baseball playoffs. They play their first game Friday in Williamsport, Penn.