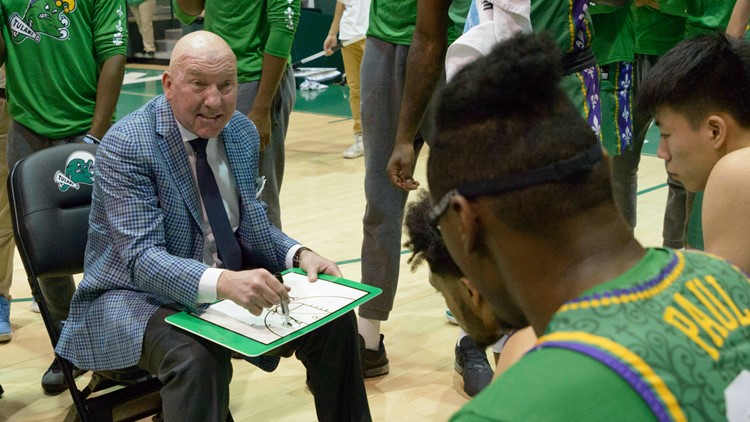 Photo by: AP
Tulane head coach Mike Dunleavy Sr. talks to his players against Houston in the first half of an NCAA college basketball game in New Orleans, Sunday, Feb. 17, 2019. (AP Photo/Matthew Hinton)

Tulane Director of Athletics Troy Dannen made the announcement Saturday after the Green Wave finished their 4-27 season, including an 0-18 conference record.

“Over the last few weeks, I completed a comprehensive evaluation of our program,” Dannen said. “My conclusion was a leadership change was necessary in order to maximize the potential of not only our basketball program, but our athletic department. The decision, as with any of this magnitude, was not made lightly.”

Dunleavy released a statement after Tulane announced his termination thanking the community for their support.

“I know the optics of this season’s record are disappointing. However, I feel like we have made great strides in developing the players,” Dunleavy said. “I believe the returning team is in a good position to have a major turn around and to set the base we all envisioned.”

Dunleavy was brought on as Tulane’s head basketball coach in 2016. Before coaching at Tulane, Dunleavy coached in the NBA for 17 years with the Lakers, Bucks, Trailblazers and Clippers.

The search for Tulane’s next coach is already underway.