Silverfin is another name for Asian silver carp, an invasive fish species that is threatening Louisiana habitat, but a local chef has an idea to try to help. 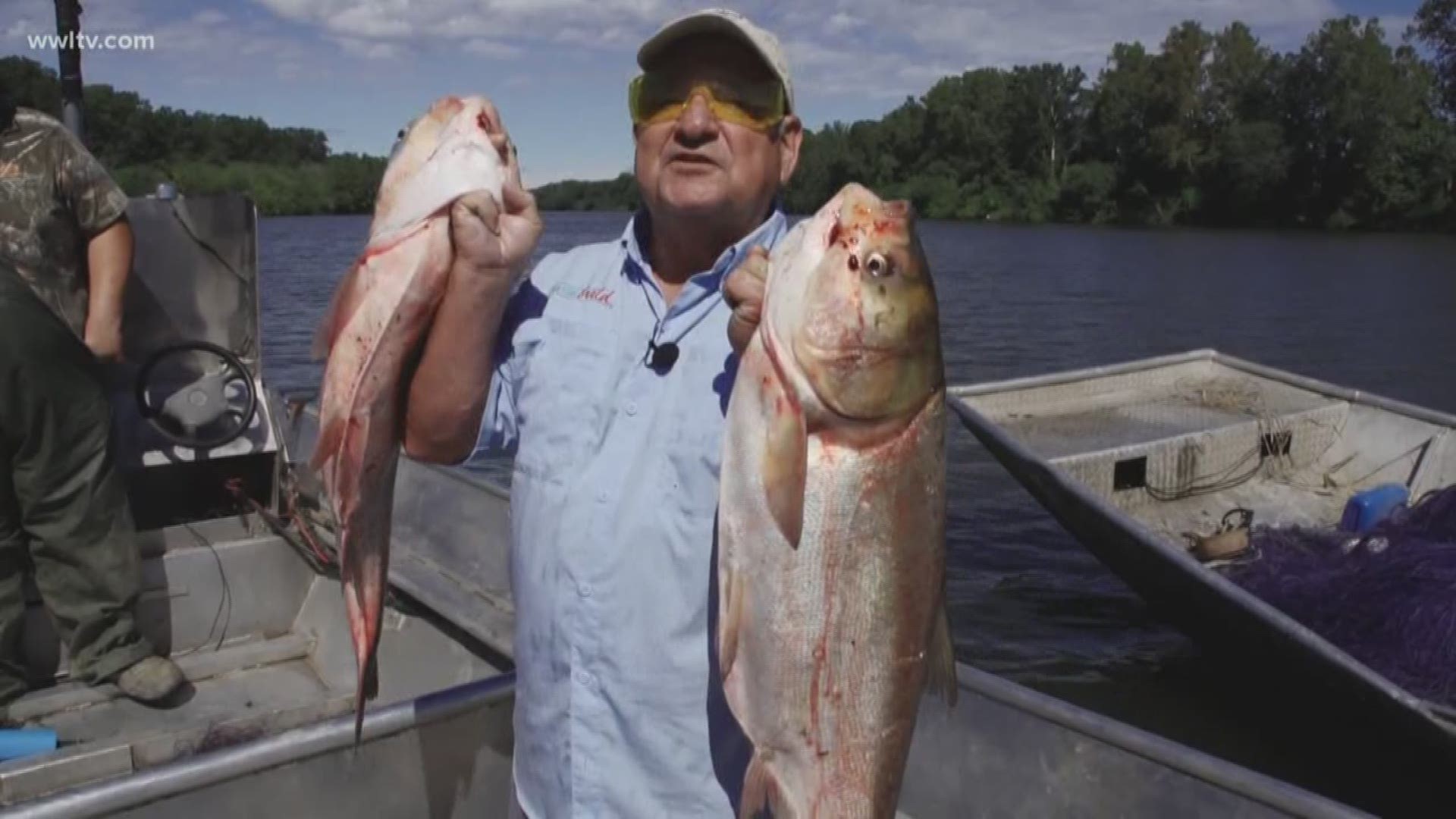 Black River, Jonesville, LA — With huge garfish and humans as its only predators,.the entire freshwater Mississippi River basin is infested with Asian Silver Carp that threaten native species by destroying habitat and, because of their size and leaping ability, also threaten the safety of boaters.

"Over the last five or six years, their population has grown dramatically," said commercial fisherman Daniel Pierce. "I mean you've gone from catching a hundred pounds a day to...I went out one day and I had 17,000 pounds."

As vegetarians, Asian carp rarely bite a hook so fishermen use nets, fish arrows and even spears to catch them.

Chef Philippe Parola is on a mission to both control its spread and provide a product to help supply a huge national demand for seafood. Having its named officially changed to Silverfin was a start.

"I tell you what, the best reaction to all my customers that so far have tried the fish, including me, is crab cakes! It really looks like and tastes like a crab cake. The meat is very white, it's kind of sweet somewhat and it's really a good fish to eat," Parola said. "What we've got is a frozen fish cake. You fry them for four minutes, you season them, put a sauce and you've got a great product to eat. It's definitely available. We have it online at silverfin.us."