If you will be one of thousands headed out this Thanksgiving weekend, Don Dubuc says fishing in Lake Pontchartrain has recovered from the Spillway opening 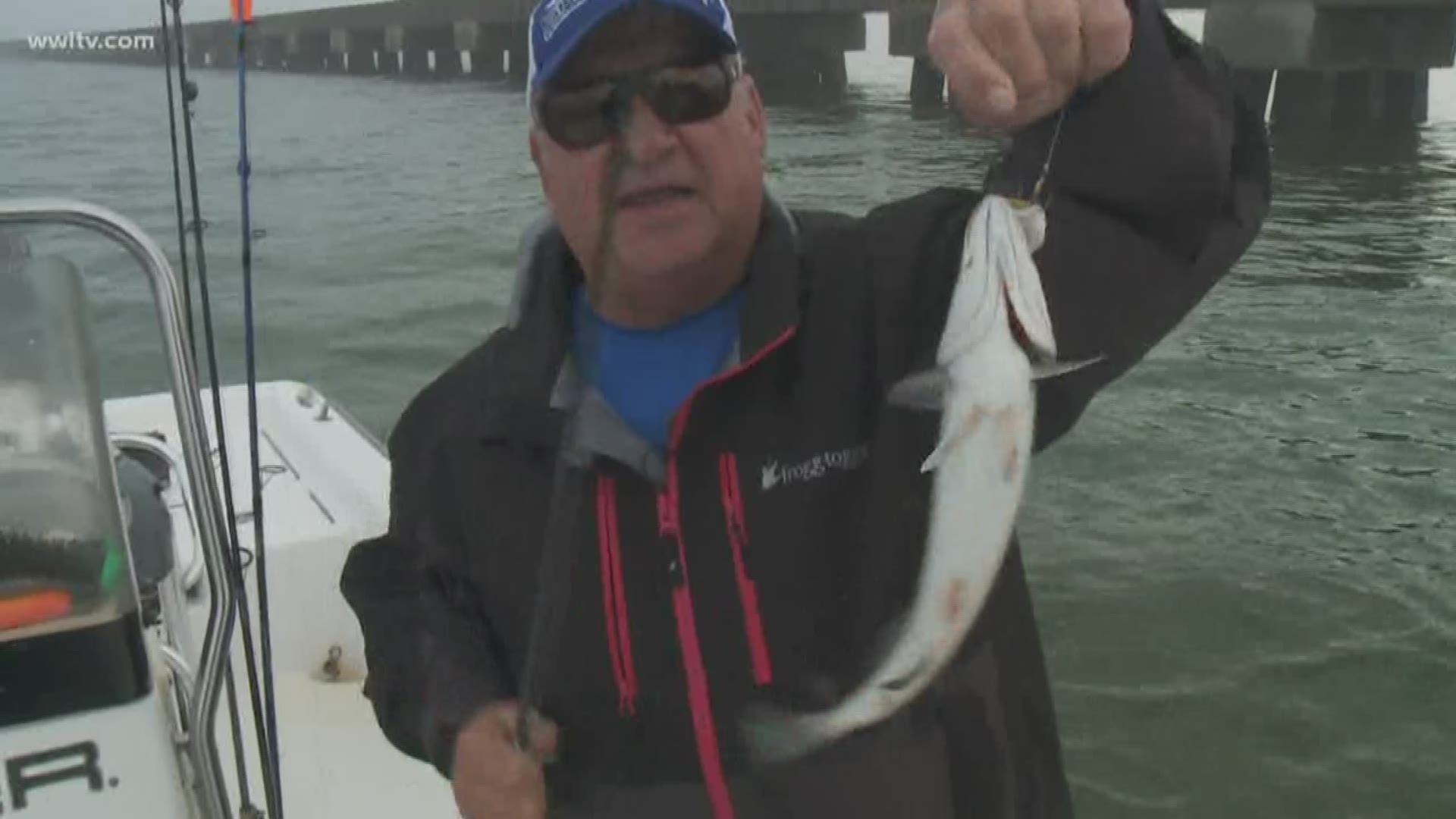 Thanksgiving weekend is one of the biggest fishing weekends on record and the reason why is people have time off, but they've also got good fishing.

"Lake Catherine will be good. Some of the canals in Lakeshore are good. There are a lot of fish around right now," said Dudley Vandenborre of Captain Deadly Dudley's Charters.

"When the weather gets cold, when it cools down some, I think we're going to have a run on some really big fish. You know Geoheagan's Canal is going to have them."

This is a perfect example of how looks can be deceiving. You'd guess we're fishing about eighteen inches under a cork with a live shrimp, but it's actually a sliding cork that allows the bait to suspend just off the bottom.

"You get a fish that's suspended in water and you know the bait comes by him a little more natural, you don't hook up on the bottom over the top of stumps. There's a lot of reasons why it's good," said Dudley.

"I fished in forty foot of water, fifteen feet deep and caught suspended fish there which you can't catch if you're fishing Carolina rig."

Live versus artificial or both?

"Both, both of them are really, really good this time of year," Dudley said.