Wetlands conservation organization marks its 82nd birthday soon, with its future in the hands of young hunters 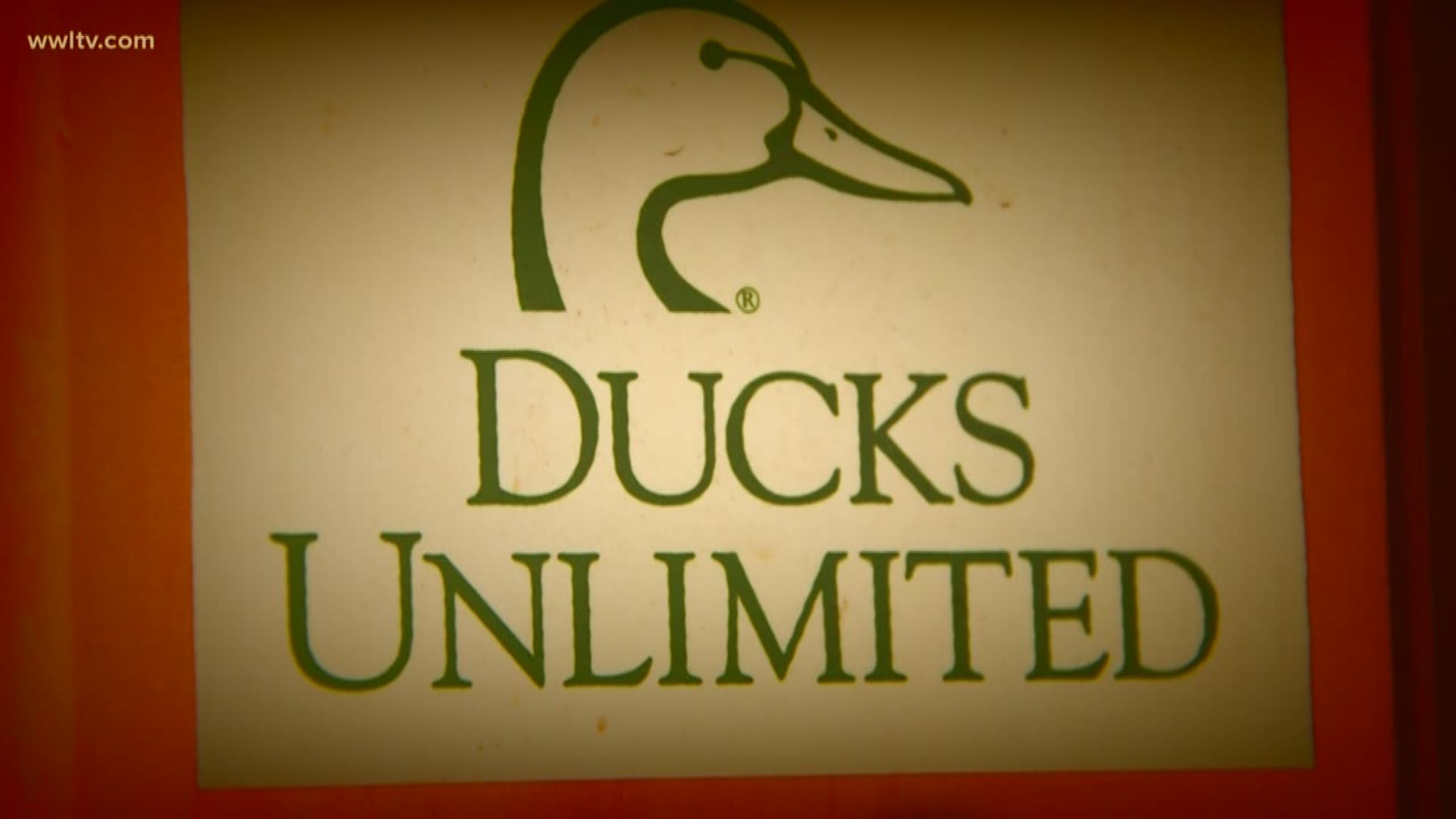 A hundred percent chance of rain during a less than average duck season didn't keep Mike Benge from doing what he's done since he was thirteen - leaving in predawn darkness to set out decoys and imitate quacks and whistles of ducks.

Since 1967, Mike has served as a New Orleans and Louisiana State Chairman and most recently as national board and committee member of Ducks Unlimited.

"It's a wetlands conservation organization dedicated to preserving the breeding ground habitat," he explained.

Hunting along with Mike were Mason Dugas and Will Saucier, Southeastern Louisiana University students and DU members. He believes they are the future of DU and duck hunting.

"Our Southeastern Louisiana Ducks Unlimited Collegiate Chapter focuses on fundraising and raising money for Ducks Unlimited wetland conservation habitat and all you can do to help and give back to what you've taken away from already and keep it alive and continue the way it is and make it better," Dugas said.

DU's volunteers like Benge have laid the ground work for the next generation of waterfowl hunters.

"It's definitely inspirational," Saucier said. "It's something you can look forward to definitely getting more involved in DU, just trying to find role models that we can always look to talk to and learn more about duck hunting in general and have people out there you can always aspire to be."

"What I think we're going to see a serious or drought conditions on the breeding grounds and that's when Ducks Unlimited's work is going to become critical," Benge said.

Ducks Unlimited, founded in 1937, celebrates its 82nd birthday later this month.  Happy Birthday to the volunteers, the organization and the ducks.