The department news release says it will be in addition to the current weekends-only season that is open until further notice. 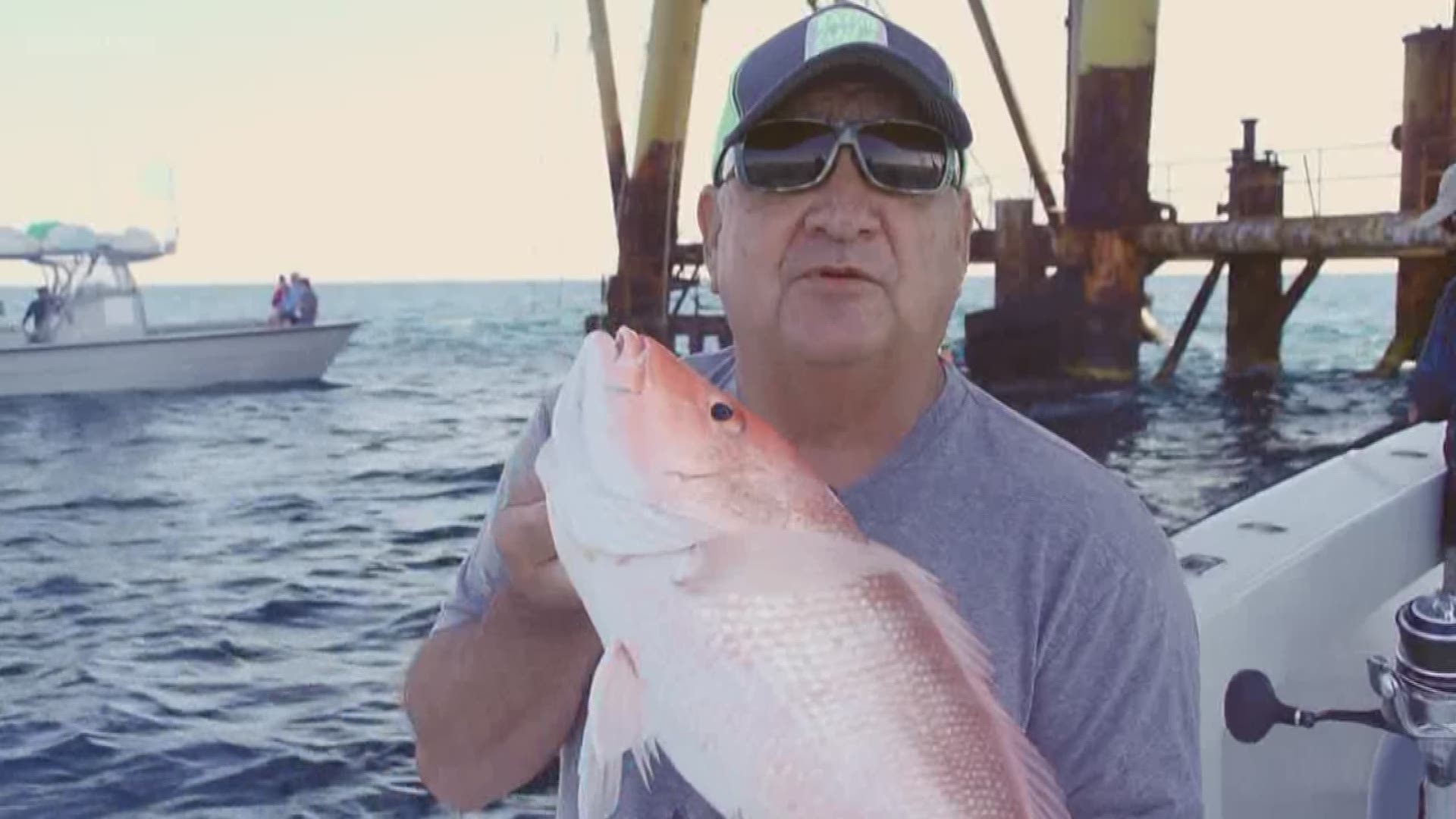 NEW ORLEANS — Recreational fishing for red snapper will be allowed on Veterans Day this year in Louisiana waters and adjacent federal waters.

The state Department of Wildlife and Fisheries says Secretary Jack Montoucet has signed a declaration approving an additional day of red snapper fishing on Monday, Nov. 11.

The department news release says it will be in addition to the current weekends-only season that is open until further notice.

Louisiana is operating under its second year of a permit that allows the state to manage the private recreational red snapper season in state and federal waters. Under the program, participating anglers are allowed to fish red snapper in the state territorial seas and adjoining federal Exclusive Economic Zone waters from shore to 200 nautical miles.