The Saints defeated the Patriots 28-13 and for the second time in 3 weeks relied on incredible defense, running the football, and avoiding turnovers to get a victory 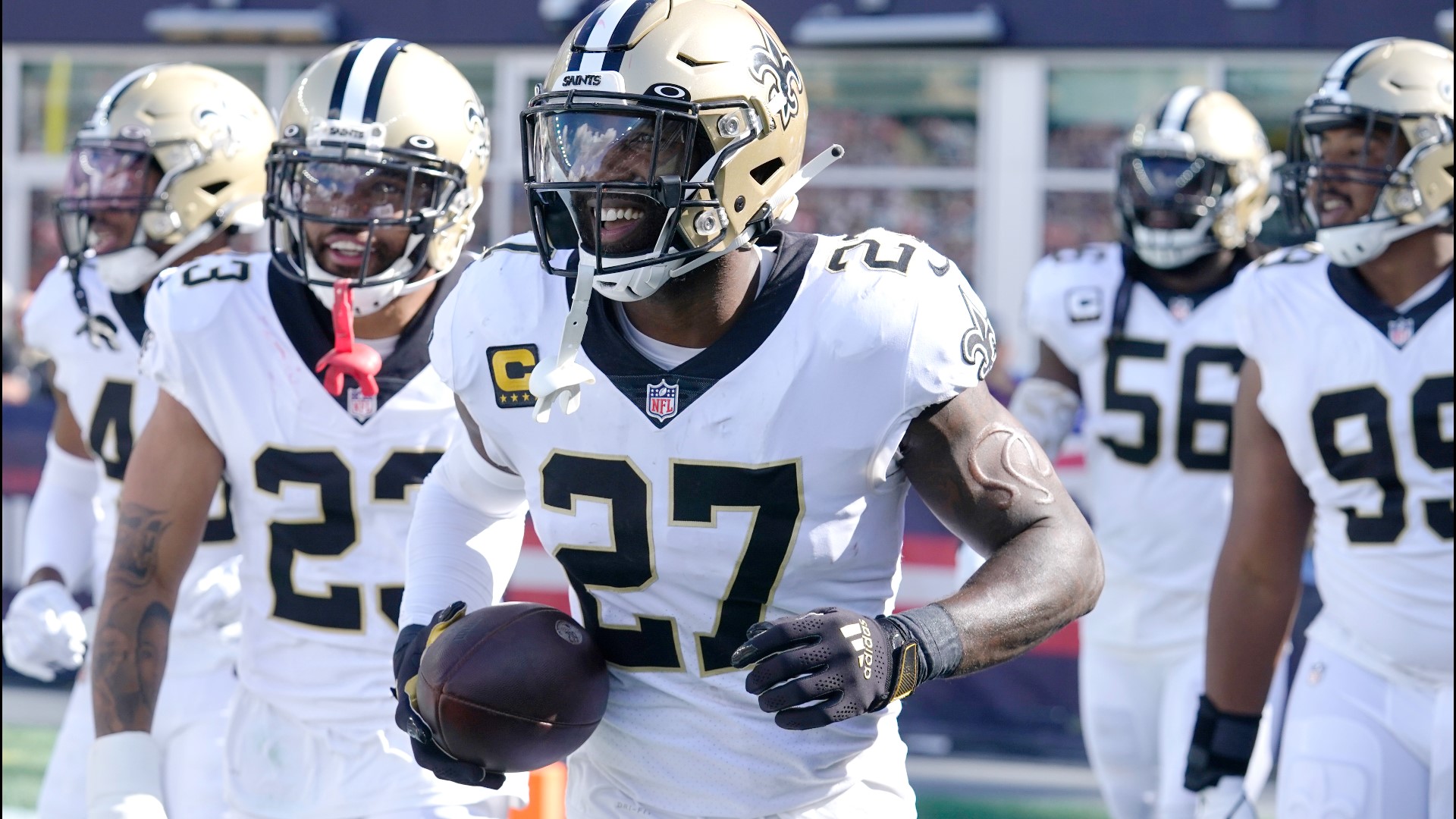 NEW ORLEANS — The famous pro wrestler Ric Flair once said about himself, “Whether you like it or not, learn to love it, because it's the best thing going.” He might as well have been talking about the 2021 New Orleans Saints' new formula for winning games.

The Saints defeated the New England Patriots 28-13 and for the second time in 3 weeks relied on incredible defense, running the football, and avoiding turnovers to get a victory. It's very different from the past 15 years of efficient high-flying offense with Drew Brees that we are used to. Sean Payton even put the cherry on top of the victory by using Taysom Hill to drive the dagger into the Patriots to wrap up the win.

Payton using Hill still very much infuriates all the football analytics nerds on social media, but Taysom is still a very effective change of pace on offense. The way the Saints offense has looked the past two weeks, more Taysom, especially running the ball, seems like a good idea. Let's hope Sean Payton can continue to get creative using Taysom and the football nerds can continue to cry about it because yesterday their tears were delicious.

The Saints offense started the game with a great drive, finished the game with a great drive, and in between Jameis Winston looked very much like the Jameis Winston Tampa ran out of town and no other NFL team really wanted. It's not all on him, as the offensive line, the strength of the offense heading into the season, struggled for a second straight week. Jameis looked tentative most of the day and on his second touchdown to Marquez Callaway he said, “That was all God.”

Sean Payton didn't look amused with Winston putting up prayers in the red zone in a game where points were hard to come by. Payton seemed intent on not allowing his offense to let New England back in the game by calling an extremely conservative game plan. The Saints ran the ball 38 times for 142 yards and didn't crack 150 yards passing for the third straight week.

If you told me in July, “Ralph the Saints will start the season 2-1 and not throw for 150 yards passing in any game.” I'd have said, “OMG, I guess Sean is going to start Taysom Hill at quarterback and run the veer or single-wing madness from 1947. That sounds fun.”

Yet, here we are.

Just when the offense felt its most helpless and the Patriots closed to 21-13, Saints promptly went on a 13-play 75-yard drive to put the game away. Jameis struggled all day, but when the Saints absolutely had to have a play, he converted a huge 3rd down with a throw to Deonte Harris.

The Saints passing game clearly is a work in progress, but if they could add a big-time receiver – like say the 2019 NFL offensive player of the year – I bet that would really help the passing game. Maybe that could happen sometime in October?

The Saint's offense did enough by giving Alvin Kamara 27 touches, which created 118 yards and a score. Sean Payton called a game plan like a man who knows he has a great defense because he does.

The Saints held New England to 300 total yards, intercepted Patriots rookie quarterback Mac Jones 3 times, including a pick 6 from Malcolm Jenkins, and except for 1 circus catch by Kendrick Bourne, shut the Patriots down all day.

The Saint's defense is allowing 60-yards-per-game rushing! 60! This is without suspended star defensive tackle David Onyemata and injured defensive end Marcus Davenport. Saints defensive coordinator Dennis Allen has been brilliant to start 2021. The Saints only sacked Mac Jones twice but he was pressured all day. So much for rookie quarterbacks lighting up the Saints.

Remember in the summer when we worried who would play corner besides Marshon Lattimore? The Saints suddenly are 4 deep at corner with Chauncey Gardner Johnson, rookie Paulson Adebo, and recent trade acquisition Bradley Roby.

After watching the Saints from 2014 to 2016 where we'd have given almost anything for even 1 above average corner, it's really incredible to live in a world where teams with mediocre or worse receivers like the Patriots are in for a world of pain facing the Saints.

Road wins by two scores against Bill Belichick are always something to feel great about, whether Tom Brady is the quarterback or not. The Saints have been living out of a hotel room since August 28th, faced an incredible amount of injuries, a COVID breakout among the coaching staff, and yet they'll finally return home with a chance to go 3-1 against the winless New York Giants.

Taysom Hill summed up what the Saints have done since hurricane Ida displaced them, “We proved we can handle a lot of chaos. You play in the NFL long enough you are going to have trials, different things that come up. And what shows off a good resilient team is how you handle chaos and difficult situations. This goes from the top down from management to our equipment guys, our trainers, everyone is all in New Orleans. The fact they had the ability to pick up and move to Dallas, we were at two different hotels, going to play in Jacksonville. We've got a really resilient team. We've got a team that knows what it takes to prepare to win a football games no matter what.”

I said if the Saints could just hold the thing together with duct tape and a couple of breaks and somehow still be in contention when Halloween arrived it'd be a fantastic accomplishment. With everything the Saints have faced in September, they should be sinking, instead, they are thriving.