Forecast: Training camp - This year for the Saints, everything is possible 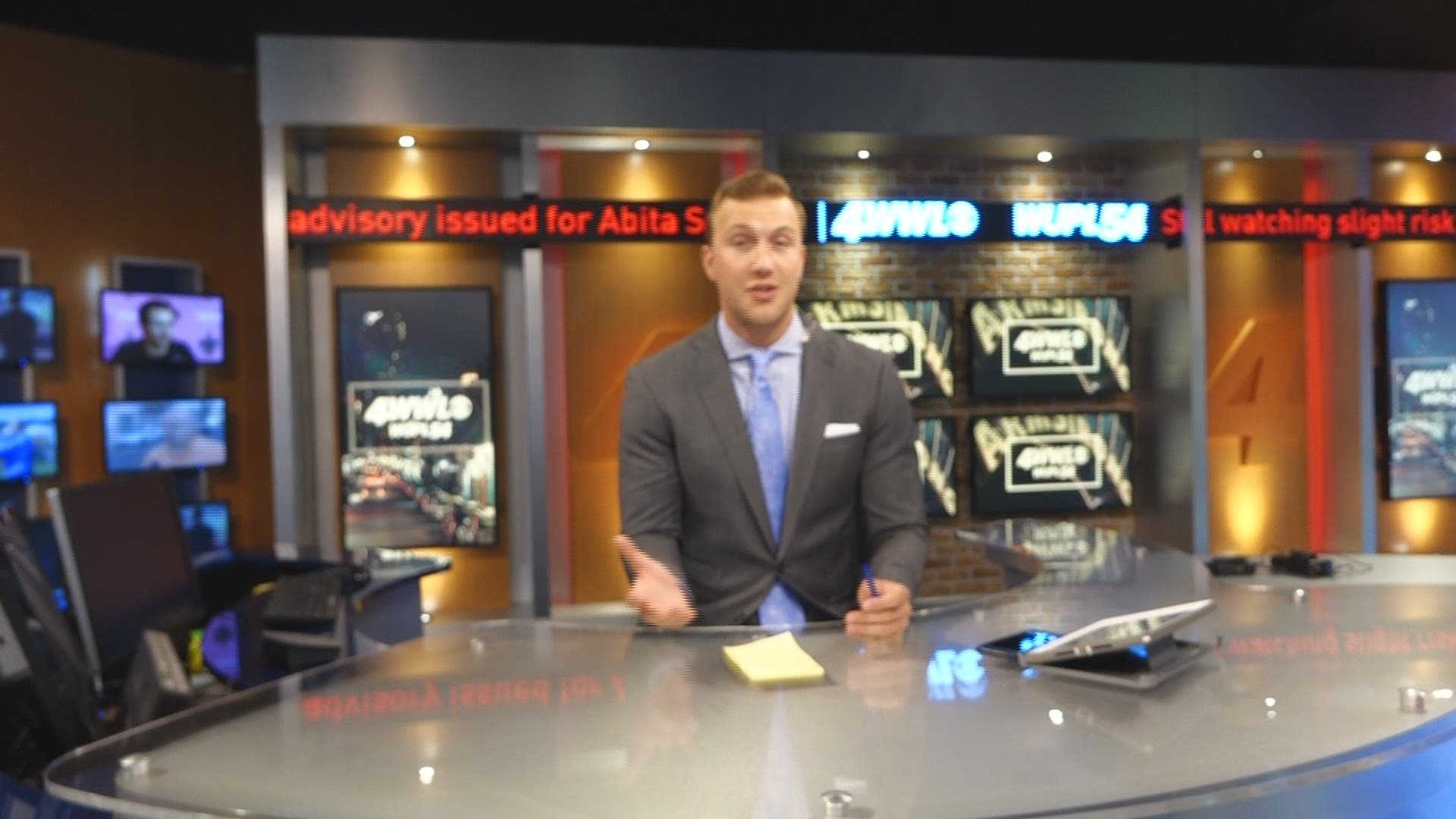 New Orleans Saints training camps are like those ink blot photos used in a Rorschach test because during camp we can see whatever we want to see.

Saints defense is terrible during practice? My friend you saw that all wrong. You see bad defense, I see Drew Brees in midseason form and new Saints receiver Cam Meredith in peak physical condition ahead of schedule.

Saints offensive line struggling in July and Terron Armstead still having trouble getting fully healthy and giving up sacks? Nope. That’s just Marcus Davenport LOOKING AWESOME. Mickey Loomis traded up to get the next Reggie White and we can declare the Saints front office brilliant for third consecutive year. That’s why training camp is so amazing; we can talk ourselves into anything. The best training camps are the ones after the Saints have a good year. Why? Because we can just ignore anything bad we see that’s not injury related.

“It will be fine when the real games start. I’m not worried about (insert player name or general on field issue). The Saints were 11-5 last year. I ain’t worried.” We can say that and really believe it because it’s probably true! You have no evidence to prove otherwise.

For those of you unaware of what a hype man is, I’ll let Wikipedia explain, “A hype man, in hip hop music and rapping, is a backup rapper and/or singer who supports the primary rappers with exclamations and interjections and who attempts to increase the audience's excitement with call-and-response chants.” Before Flavor Flav was a Reality TV star, he was the hype man for one of the great hip hop acts of all time, Public Enemy.

Training camp really is the ultimate hype man. He screams at us to go crazy over legends such as receiver Adrian Arrington! Adrian was going to do such amazing things. Or Walter Thomas, who never actually went to training camp if I remember correctly, but was a giant man who could do a backflip. We do it every year, the only thing different are the names. We get ridiculously excited over players who end up doing absolutely nothing in regular season NFL games.

Training camp crushes are like the summer time romance for every Saints fan. Deep down we know it’s probably never leading anywhere but in the moment it feels so good. Let’s be honest, we care about two things in training camp; players avoiding injury and getting excited about players whose names we won’t remember by October. So who is the NFL hype man going to deliver to us in 2018? Oh there are so many fantastic training camp crushes to get hyped about….

The hype surrounding Hill is so gloriously ridiculous if you go near him during camp you might get a contact hype high by just being within 200 yards of him.

Don’t believe me? There is raw footage on YouTube of him practicing at Saints offseason training activities and 30,000 Saints lunatics watched those two minutes of Hill throwing passes against air. Some weirdos probably watched it more than once.

You guys, he looks SO GOOD throwing in shorts, how can he not end up being fantastic?

The Taysom Hill hype started last year when Sean Payton told Troy Aikman that Drew Brees’ successor was in the building. We are one great practice from Hill Hype exceeding Food and Drug Administration suggested hype limits for safe consumption. When Sean Payton sits Brees for the preseason opener and starts Hill, the Taysom Hill Hype Train will be at warp speed. If he actually plays well in a preseason game I’ll personally need one of those 19th century fainting couches rich guys had for their wives.

There’s lots of expectations for the guy the Saints traded a 2019 #1 pick to get, but the hype only starts once we get those fantastic training camp tweets from Saints reporters. When the Saints practice with the Los Angeles Chargers and the first Nick Underhill of the Advocate tweet saying ‘Davenport just sacked Philip Rivers’ appears on my phone it will be a bigger rush to my head than starting breakfast with a Bloody Mary. Hype delivered from your Twitter feed right into your veins the way only training camp can.

With Mark Ingram suspended for four games the Saints are looking for a temp to share carries with Alvin Kamara. They have lots of possibilities but only one of the options is the undersized kid who played high school football at Zachary. Scott is 5-foot-6 and super shifty; he’s the locally grown version of Darren Sproles! We are one 25yard Scott run in a fourth quarter exhibition game from my 2-year-old rocking a #30 Scott jersey and me posting videos of him screaming, “Go Scott Go!” The adorableness of a toddler in the jersey of the tiny little running back will melt everyone’s heart.

Ok, this one might seem a little exotic, and granted I might be biased because he came on my podcast for an interview, but Jamerson is an absolute animal on special teams and all we need is a great tackle on a punt return or a forced fumble and “Take a shot of Jameson to celebrate a Jamerson big play on kick coverage.” will be a thing before Labor Day.

There was a time not so long ago P.J. was a training camp darling and a draft day steal but now he’s in the final year of his contract. Williams looked exactly like a guy in 2017 who was basically playing his first NFL season. I expect him to look fantastic in practice this summer and get 38 glowing features done on him by local media. Is he ever going to deliver on all his promise? That 34 picture slide show of him we’re going to watch this summer will be both a time waster at work and hype machine.

There are my five candidates for Saints summer hype, but the thing that makes training camp so great is you can find your own Saints summer crush. Maybe you wanna talk yourself into Ben Watson catching 70 passes at 37 years old? All it takes is one good practice or three catches in an exhibition game and you can swipe right on Saints Tinder and have a summer crush with Ben Watson.

Training camp is the Saints hype man here to get us ready for the regular season. He’s screaming for us to “Get up, get loud, and get ready.” Don’t even pretend like you don’t want to. After an 11-5 2017 we are all ready to believe 2018 is gonna be a party. Get hype kids. Get hype.