“It’s a great project,” former city council president Arnie Fielkow said. “I’ve been working my butt off, and now we have to go out there and raise the money.” 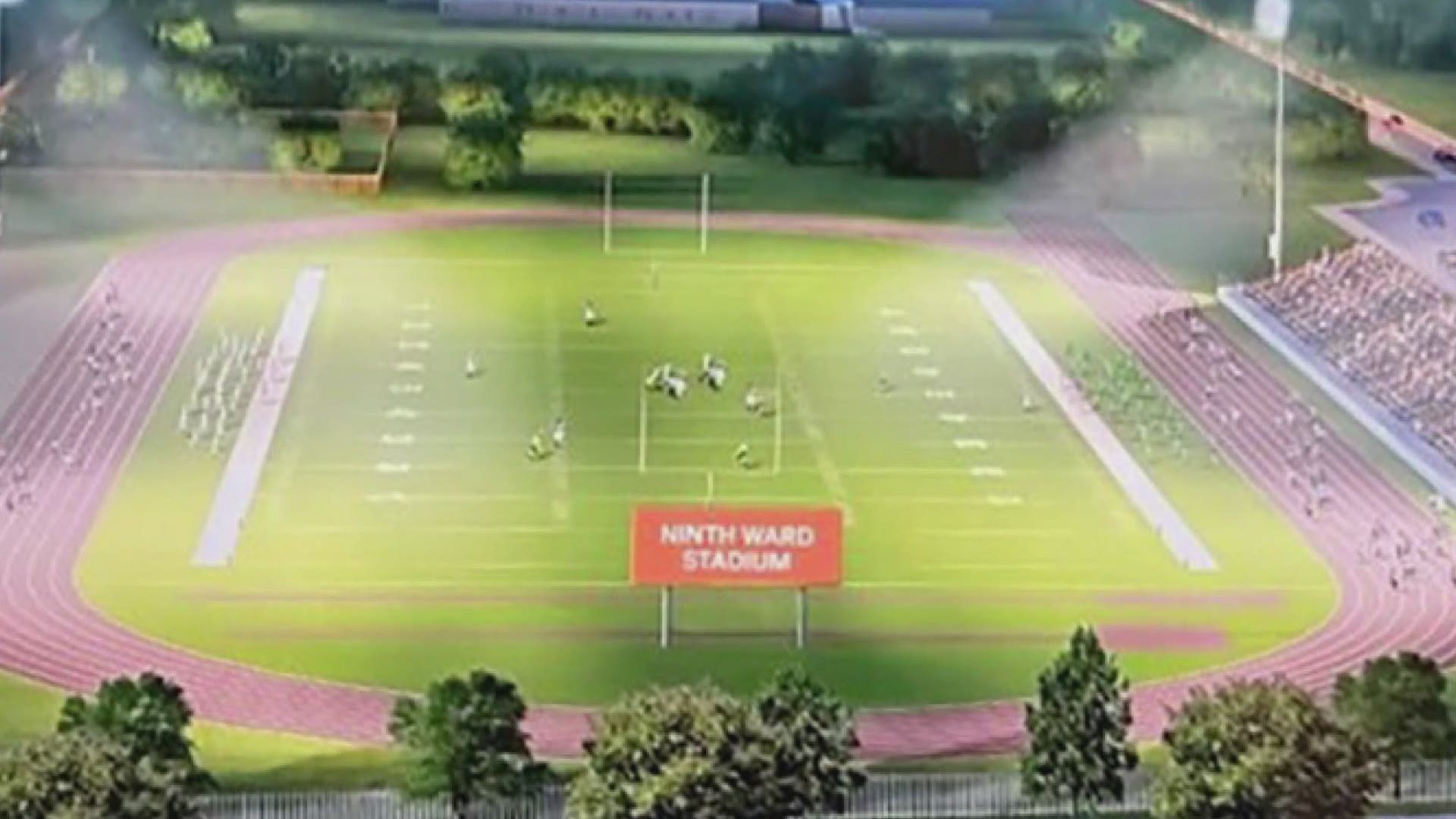 NEW ORLEANS — A new nonprofit led by local politicians, a former football star and community members is trying to raise $5 million to resurrect a failed stadium project in the Upper 9th Ward.

The new group, called 9th Ward Stadium Inc., is seeking $1.5 million in capital outlay funding from the Louisiana Legislature, which will decide what projects to fund in July. If the group gets that money, it will need to raise $3.5 million from private donors.

The group held an online community meeting Monday evening to unveil its plans and assuage fears after a previous project called the 9th Ward Field of Dreams spent $1 million in donations with nothing to show for it.

Former City Council President and current Jewish Federation of Greater New Orleans CEO Arnie Fielkow was an early donor to the Field of Dreams project a decade ago. Then he learned his money went to field lights and turf that are now missing and may never be found.

“It’s a great project,” said Fielkow, who was also executive vice president of the Saints before Hurricane Katrina and then served as head of the National Basketball Retired Players Association after his stint on the City Council. “I’ve been working my butt off, and now we have to go out there and raise the money.”

They plan to build the new stadium on land owned by New Orleans Public Schools, just north of the new George Washington Carver High School, which is run by the charter school group Collegiate Academies.

Martin, one of the 9th Ward Stadium board members, works for Collegiate Academies. As first reported by The Lens in 2017, she is the former Stacy Simms, who was convicted of misprision of a felony in 2008 for concealing illegal payoffs to her mother, then-Orleans Parish School Board member Ellenese Brooks-Simms.

But Fielkow, who was on the City Council at the time when Martin pleaded guilty, said he has worked with Martin and has the "highest confidence" in her, adding, "I don't think it should be a concern for anyone."

Mayor LaToya Cantrell says she's backing the new project and is confident it won't run into the same problems as its forerunner, the Field of Dreams project.

"They won me over because they have a demonstrated track record of not only saying what they're willing to do, but actually putting in the work to get it done," Cantrell said.

Wilbert Thomas Sr., president of Desire Community Housing Corp., said he is going to be involved in the project as a community representative and won't let the failures of Field of Dreams happen again.

"I can assure you this: That is not going to happen this time," Thomas said. "You have more community people involved, you have some alumni involved, the mayor, the councilman (Jared Brossett). This is really a community effort."

Fielkow said the school district plans to approve a cooperative endeavor agreement with the 9th Ward Stadium group, so the nonprofit will raise the money, then turn the project over to NOLA Public Schools to build. Under the agreement, NOLA-PS will do a public request for proposals to hire a contractor and to hire a third-party management company to operate the stadium.

It would serve as a home field for Carver sports, but also as a field for public schools throughout the district, Fielkow said.

At Monday’s online meeting, members of the community asked how they can trust the current organization after getting burned by 9th Ward Field of Dreams, which received national media attention as a beacon of recovery for the neighborhood before it failed spectacularly.

“I said you know me, I represented you. I was your councilman,” Fielkow said. “I was sickened to see these kids did not get the opportunity they were promised (by Field of Dreams). I said, the only thing I can promise you is that we are going to have the utmost integrity and we are going to work really hard to raise the money. We’ve given ourselves 12 months to make it happen.”

CORRECTION: An earlier version of this story incorrectly referred to Stacy Martin as a former Orleans Parish School Board member. She is the daughter of former school board member Ellenese Brooks-Simms and the two of them were both convicted of participating in a bribery scheme.