It is unclear what injuries the player sustained. The player's name has not been released. 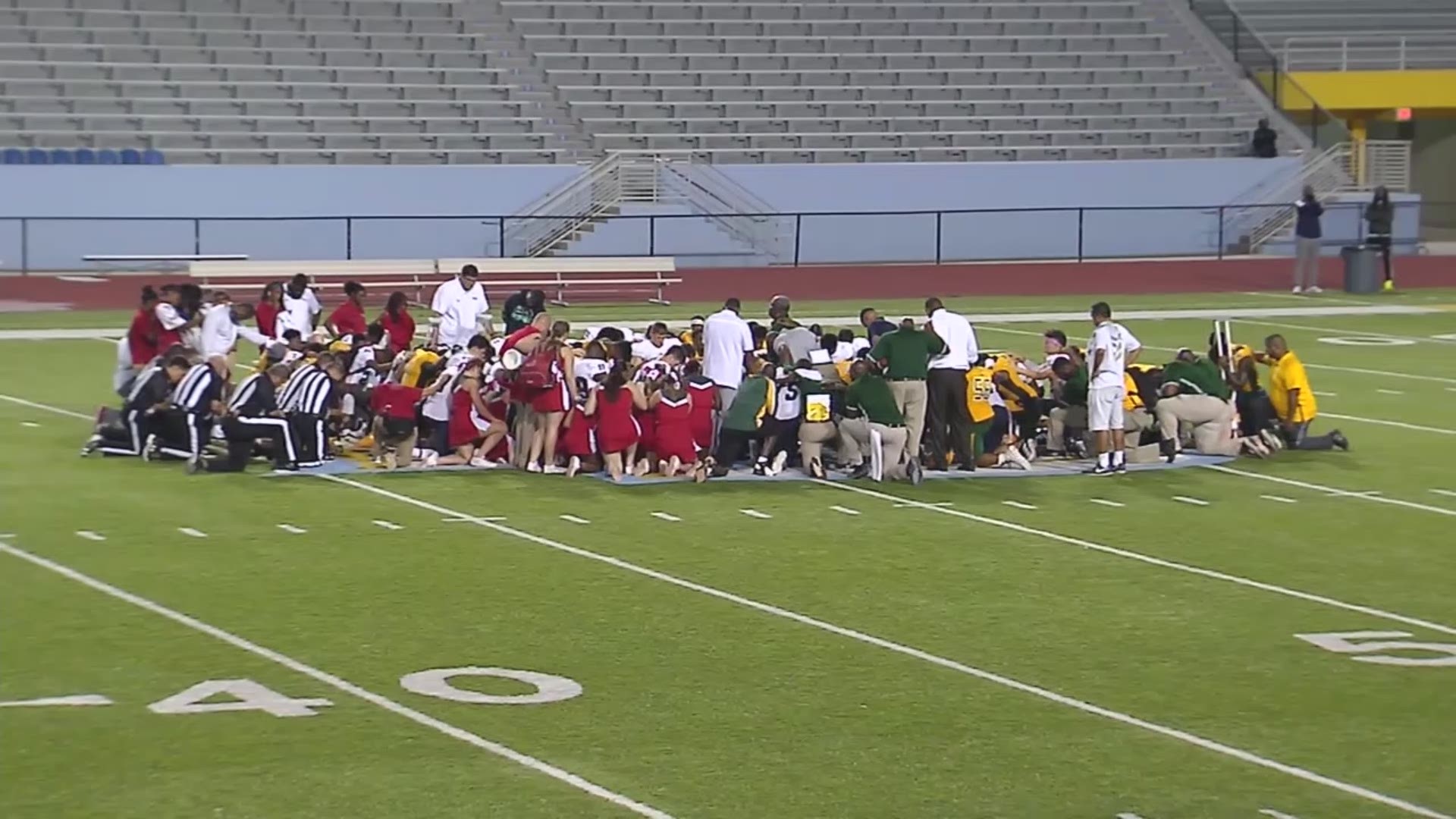 BATON ROUGE, La. — A Louisiana high school football player had to be airlifted after being seriously injured in a game Thursday night.

According to WBRZ-TV in Baton Rouge, Riverside Academy's Kayon Brumfield had to be flown from Mumford Stadium during the school's game against Southern Lab.

School officials told WBRZ that Brumfield was injured during the game and suffered a "concussion-like" head injury, but was expected to be okay.

Riverside Principal Mike Coburn said that Brumfield had more tests to undergo, including an MRI, and that he does have feeling in his limbs.

Video from the stadium showed players, coaches and cheerleaders from both teams kneeling in the middle of the field with their heads bowed in prayer. 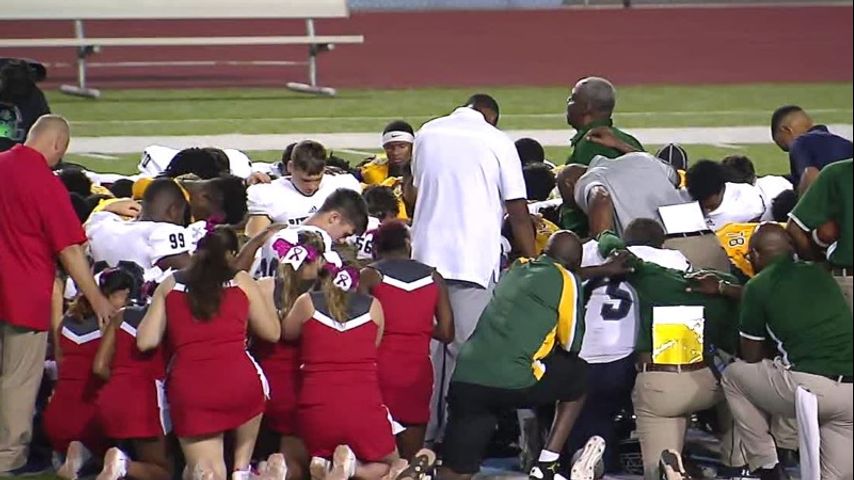 High school football player airlifted during Southern Lab game
BATON ROUGE - A high school football player was injured late Thursday night during the Southern Lab vs. Riverside Academy game at Mumford Stadium. School officials have confirmed a player from Riverside was injured during the game and airlifted from the scene. It's still unclear what kind of injuries the player sustained.