“I feel like I’m in better cardiac shape than I’ve been in probably since my playing days." 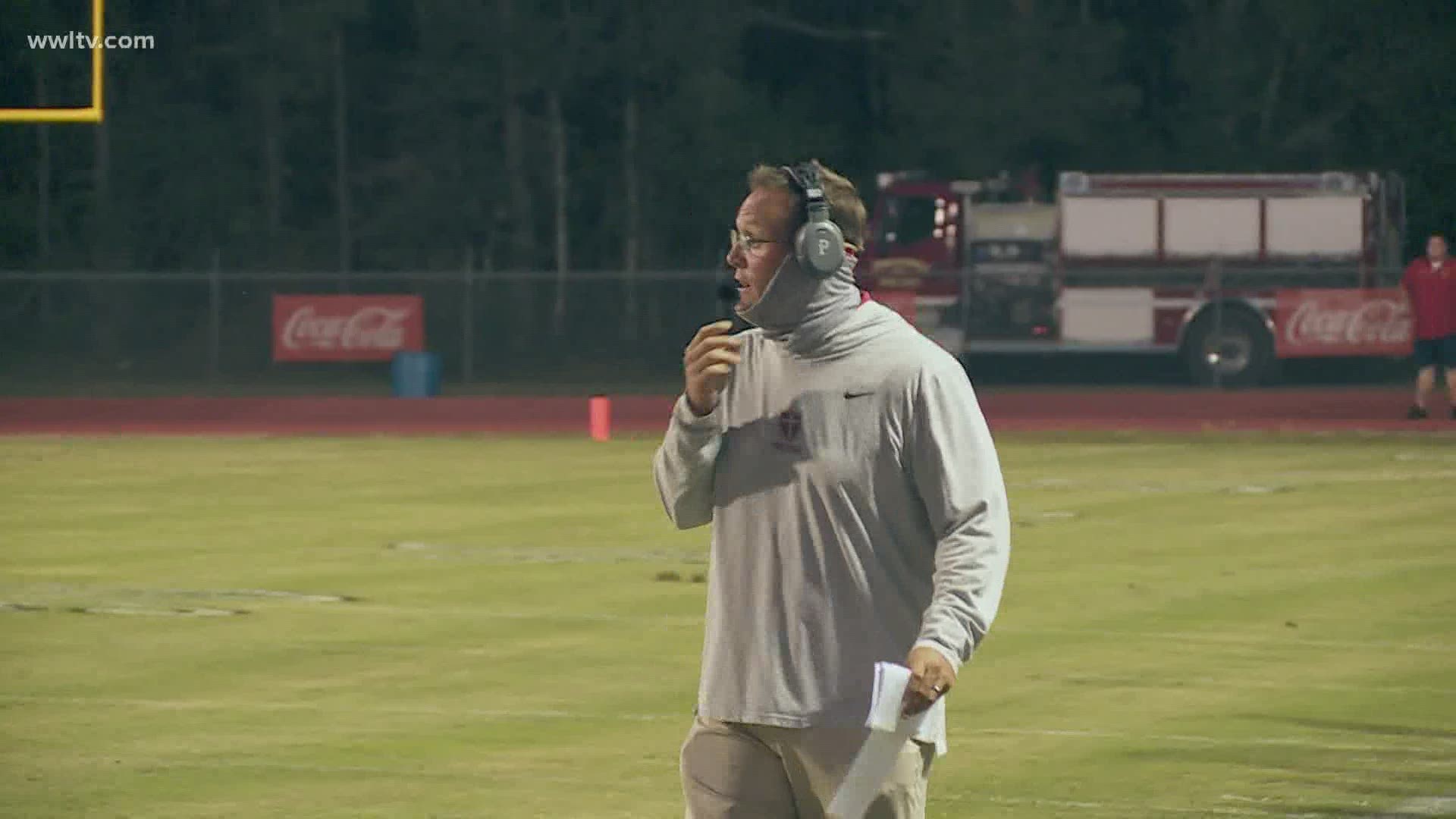 In their first matchup of the season, the Crusaders celebrated before kickoff even happened.

“I feel very thankful and blessed of where we are today,” Bonis said.

Where Coach Bonis is now, is much different than where he was at the end of last year. Symptoms of back pain and tingling led to the discovery of a tear in his heart’s main artery, which could have killed him.

“Had an aortic aneurism. Didn’t really know a whole bunch about it until after it happened,” Bonis said.

Bonis was rushed into emergency life-saving surgery in early December, just after wrapping up the football season.

“Really didn’t have a whole bunch of time to think about things,” Bonis said. “The one thing I did is just prayed.”

In his 14 years as head coach at Brother Martin, Bonis established a far-reaching community of support. Students and staff would take a knee in the halls at school, lifting their coach up in prayer. Fans like Brenda and Jeremy Shepherd are bringing that same support to the bleachers.

“The kids are really, really rallying behind him a lot and then the parents do support too,” Brenda Shepherd said.

Shepherd’s son is a junior on the team and says it’s a blessing to have their coach back on the field.

“It’s just impressive that he was able to get back and coach after everything that he’s gone through,” Jeremy Shepherd said.

Bonis says that support and intense cardiac therapy has made the recovery game plan easier.

“I feel like I’m in better cardiac shape than I’ve been in probably since my playing days,” Bonis said.

Now back to his coaching days, Bonis is focused less on himself and more on his families, on and off the field.