Reese will be enormously missed around the city of New Orleans. 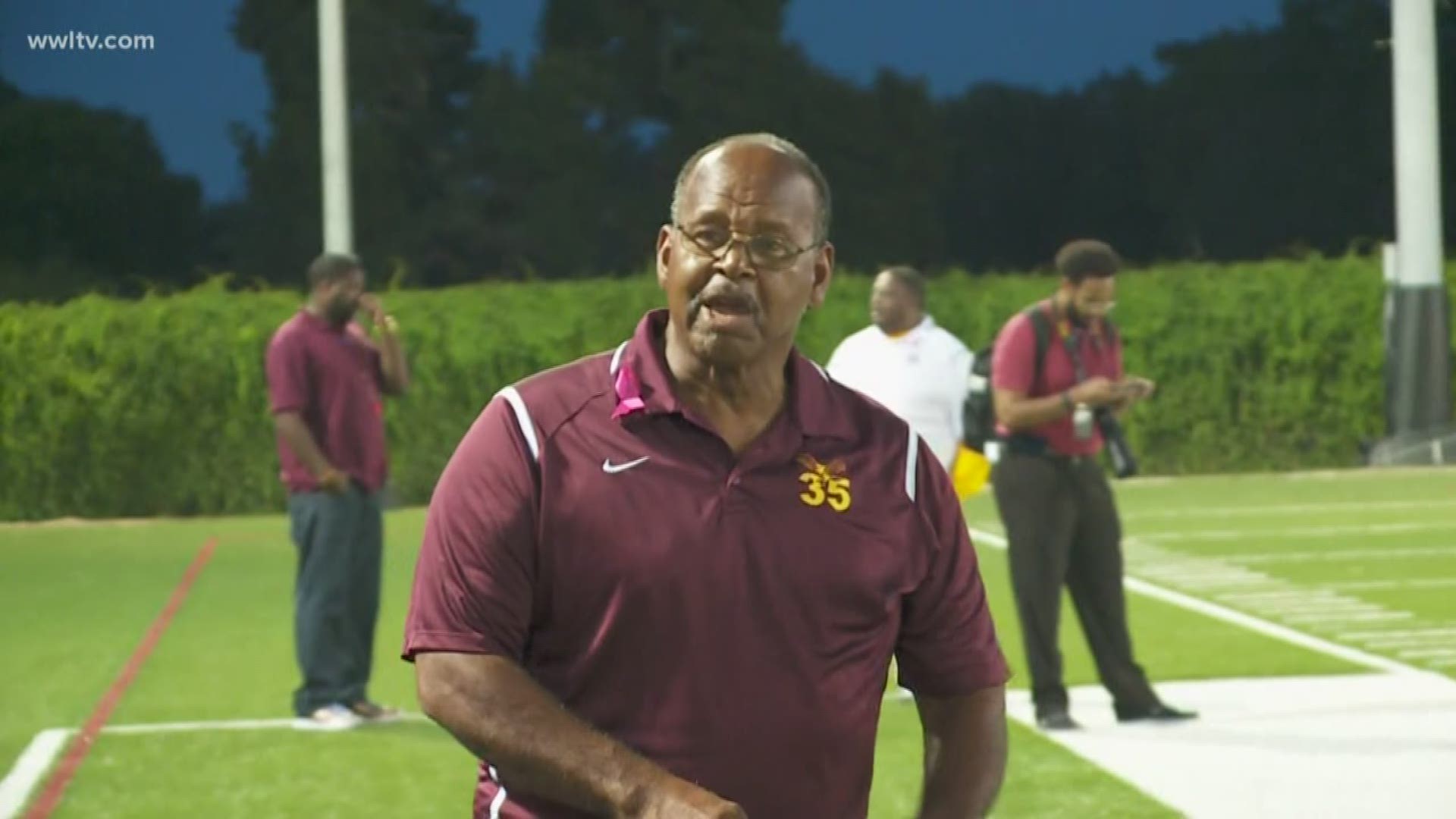 He had been hospitalized and on a ventilator since last week.

He is one of Louisiana’s greatest high school football coaches. Most recently, at McDonogh 35, but you may remember back in 1992 when he was coaching a running back by the name of Marshall Faulk at George Washington Carver High School.

Coach Reese was respected on and off the field, but his greatest achievement may have been the family he helped raise.

"He was a husband of 47 years, a superhero dad of four, proud paw paw, devoted brother, caring brother-in-law, and an unwavering uncle," his family said in a statement. "

He cared deeply about New Orleans football and especially about his own players.

Our condolences to his family. Reese will be enormously missed around the city of New Orleans.

The full statement from the Reese family is below:

The Reese Family is heartbroken to share the devastating news of the passing of Coach Wayne Reese Sr.  Wayne Reese Sr. a beloved and heralded member of our community was affectionately called by many as Coach Reese or just Coach, but more importantly he was a husband of 47 years, a superhero dad of four, proud paw paw, devoted brother, caring brother-in-law, and an unwavering uncle. Coach Reese took his duties as a Coach and Mentor very seriously and imparted on his student athletes that their wins in life were much more important than the wins on the field.  His family’s motto was faith, family and football.  He taught all of his students the value of hard work, discipline, and no regrets. He cherished a special relationship with each of his players and coaches. He was committed to high school athletics and often helped families from all over metro New Orleans, Lake Charles and beyond.

Wayne Reese was a native of Vidalia, Louisiana. He moved to New Orleans in his early years with his parents the late Alfred and Florida Reese, Sr. and his seven siblings. He attended Carter G. Woodson Middle School.  It was at Woodson Middle School where he would develop his love for football.  Spotted playing in the marching band by Coach Winston Burns Sr. and Coach Ronald Stuart, Wayne Reese was then convinced to try his hand at the sport of football.

Not overly enthusiastic by the thought of being tackled by a group of aggressive young men, he soon discovered he had a talent for dodging tackles and excelled as a halfback.  He went on to complete his education at Xavier University

Preparatory High School, where he met his wife of forty-seven years, Mrs. Stella Chase Reese. He was a record setting student athlete at Prep.  In a September 2006, Clarion Herald article “Gormley Stadium has enjoyed decades of great events” the 1964 highlight read “Behind the running of halfback Wayne Reese, Xavier Prep defeats St. Augustine, 14-13 to win the LIALO City Championship…”

Coach Reese began his football coaching career as an assistant coach at John McDonogh Sr. High School along the side of Coach Willie McKee his former high school football coach at Xavier Prep.  He has since served as the Head Football Coach at Booker T. Washington Senior High School, George Washington Carver Senior High School and Washington Marion Senior High School.  He was the current Head Coach at McDonogh 35 where he has led his team to the play-offs every year since 2002.  This fall would have marked Coach Reese’s 18th year at McDonogh 35 and his 50th year as a football coach.  During his coaching tenure, Coach Reese received the Eddie Robinson Award, was a frequent guest of the Ken Trahan Show and has been recognized by Times Picayune, WWL TV and Radio, WDSU, the New Orleans Saints Football Organization, the Quarterback’s Club for his outstanding contribution to the career of coaching on and off the field. Most recently he has been acknowledged as only the 24th Head Football Coach in the State of Louisiana to accomplish 250 wins.

Of all his accomplishments, Coach Reese is most proud of the eleven football players he assisted in obtaining full athletic scholarships to colleges/universities after Hurricane Katrina which caused McDonogh 35 to close and cancel its 2005 football year.  Coach Reese has sent hundreds of student-athletes to college on athletic and academic scholarships, coached one NFL Hall of Famer, Marshall Faulk, and dozens of current and former NFL players.

The Reese Family would like to express their appreciation to Jamar McNeely and the Inspire NOLA Family for all their care and support. A special thank you to everyone for sending their love and prayers.