Donovan Kaufman had a game that won't soon be forgotten - scoring on a run, a kickoff return and intercepting a pass to clinch the win over Catholic. 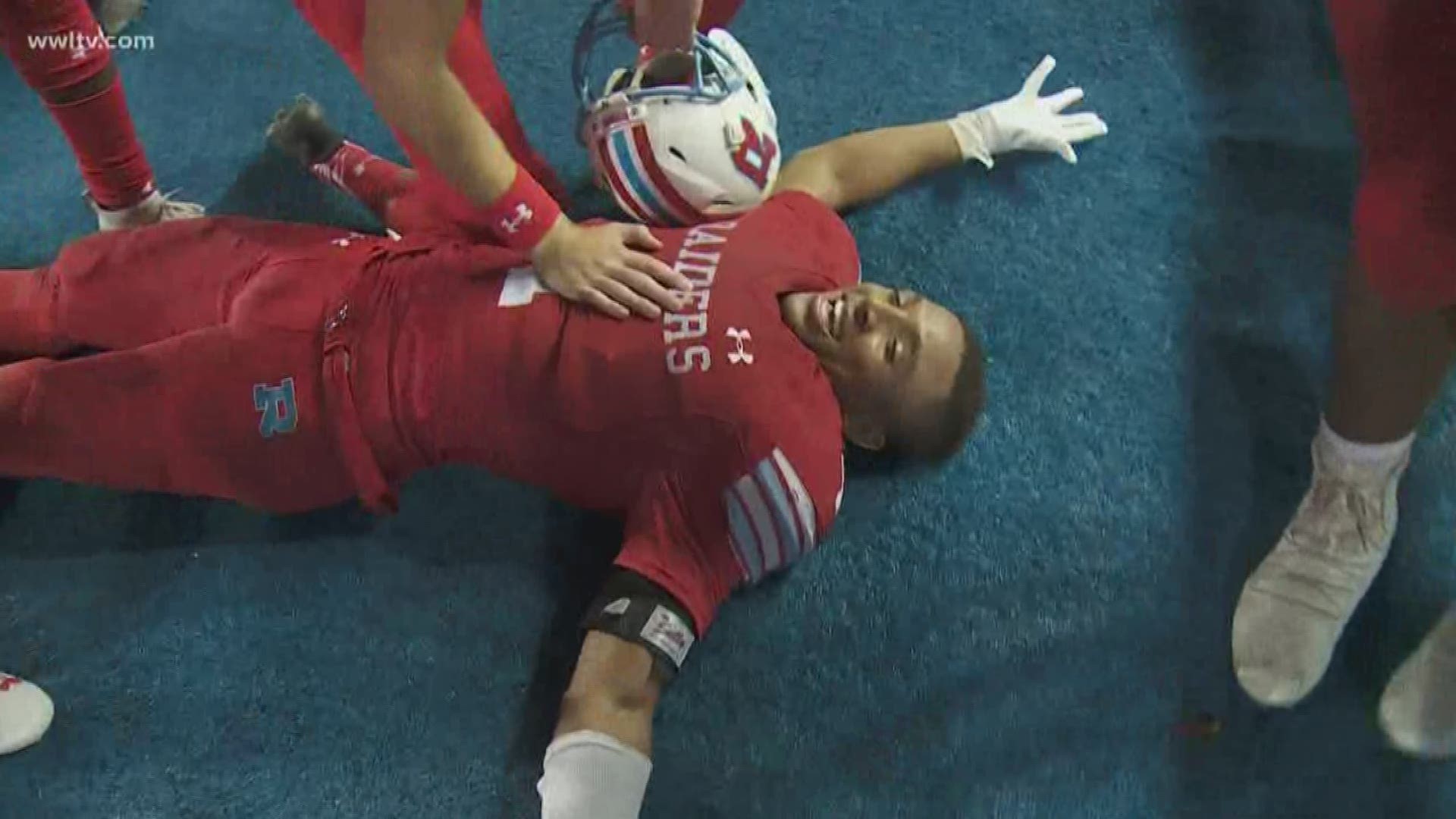 NEW ORLEANS — The Rummel Raiders didn't have a lot of offense Friday night, but what they did have was a stout defense and an incredible all-around game from Donovan Kaufman to beat Catholic High for the state Division 1 title Friday night at Yulman Stadium.

The game was definitely a throwback to yesteryear when teams dominated with defense with Catholic taking a 3-0 lead into the fourth quarter.

Both teams came into the game 12-0 and both had sights set on another state title.

But Kaufman was the difference. Early in the contest he stripped the ball from a Catholic punt returner and recovered for a fumble.

In  the fourth quarter, down 3-0, he took a direct snap and ran in from the nine-yard line to give the Raiders a 7-3 lead.

After Catholic scored to take a 10-7 lead with just about three minutes to go, Kaufman took the kickoff back 95 yards for a touchdown to give Rummel a 14-10 margin.

That would seem to be plenty enough for a night's work, but Kaufman wasn't done. He picked off a pass in Catholic's final drive to seal the win and secure MVP honors.