St. Aug football coach out in wake of pre-game video with vulgarity, n-word

"Following a review of our football program, we have decided to go in a new direction," said Dr. Kenneth St. Charles, President and CEO of St. Augustine High School. 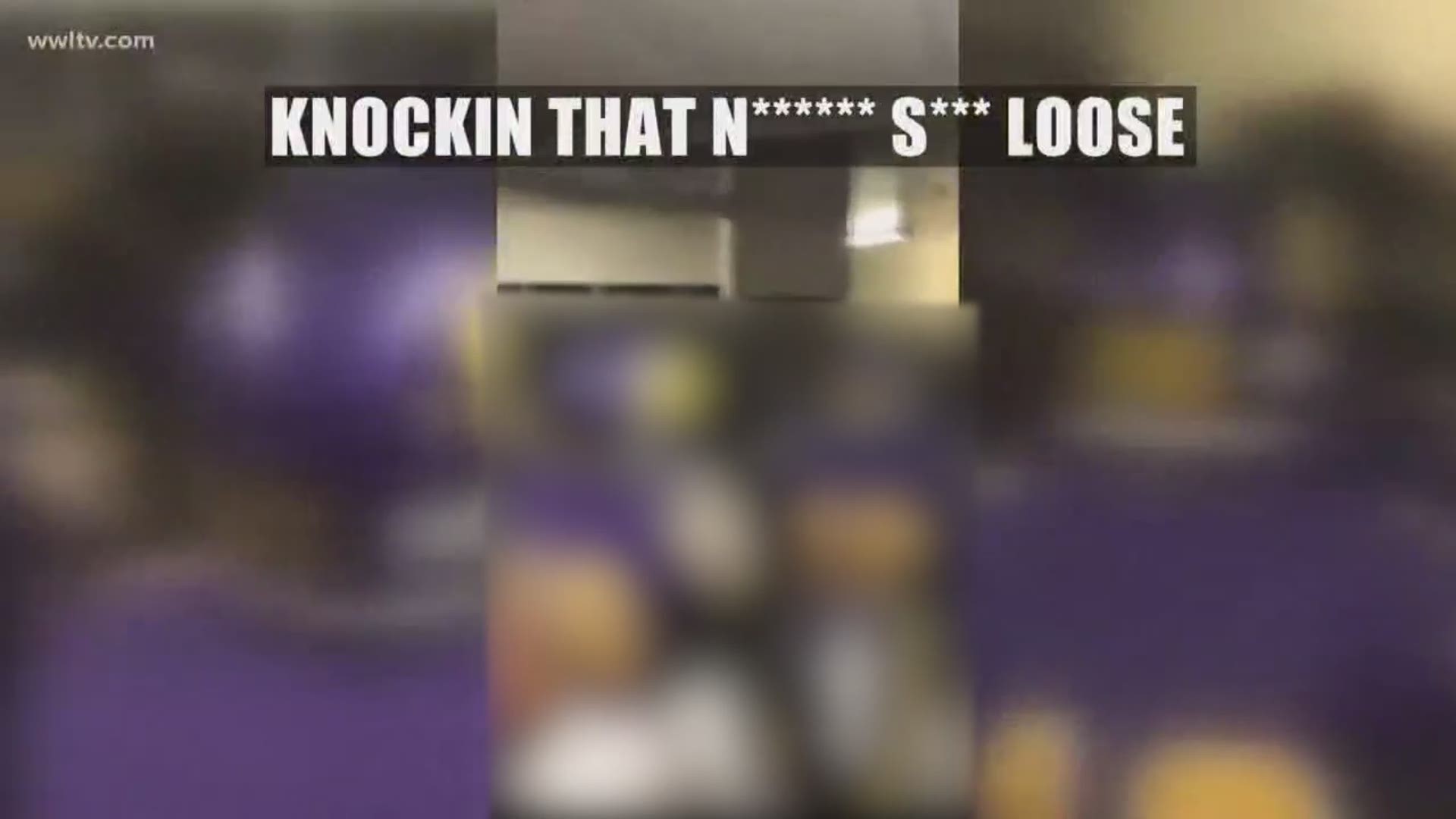 "Following a review of our football program, we have decided to go in a new direction," said Dr. Kenneth St. Charles, President and CEO of St. Augustine High School. "We thank Coach Jones for his contributions and service to St. Augustine and our football team. We are confident that Coach Dorsey and the remaining coaches on staff are committed to serving the scholar-athletes in our football program through this period of transition."

It is unclear if Jones was removed from the position or resigned.

The announcement comes one day after the school sent out a statement condemning the pre-game chant that had been posted to social media.

Besides that recording, another video of the same chant before a different game this season was also found online.

In these videos, you can hear the repeated use of the 'N-word' from a member of the coaching staff and players on the football team.

One video looks to be from the October 4 game against Brother Martin, where they wore white jerseys. Another video appears to be before a different game. It's known the videos are from this season because players are wearing the "Coach Wash" decal on their helmets, made special for this year after the passing of the famed head coach.

"We are shocked and embarrassed that such blatantly offensive language would be used at any school event and directed toward our student-athletes and opponents. The words and actions of the coach and the players following his lead do not represent the values that St. Augustine has embodied for more than six decades," said Kenneth A. St. Charles, the school's president and CEO.