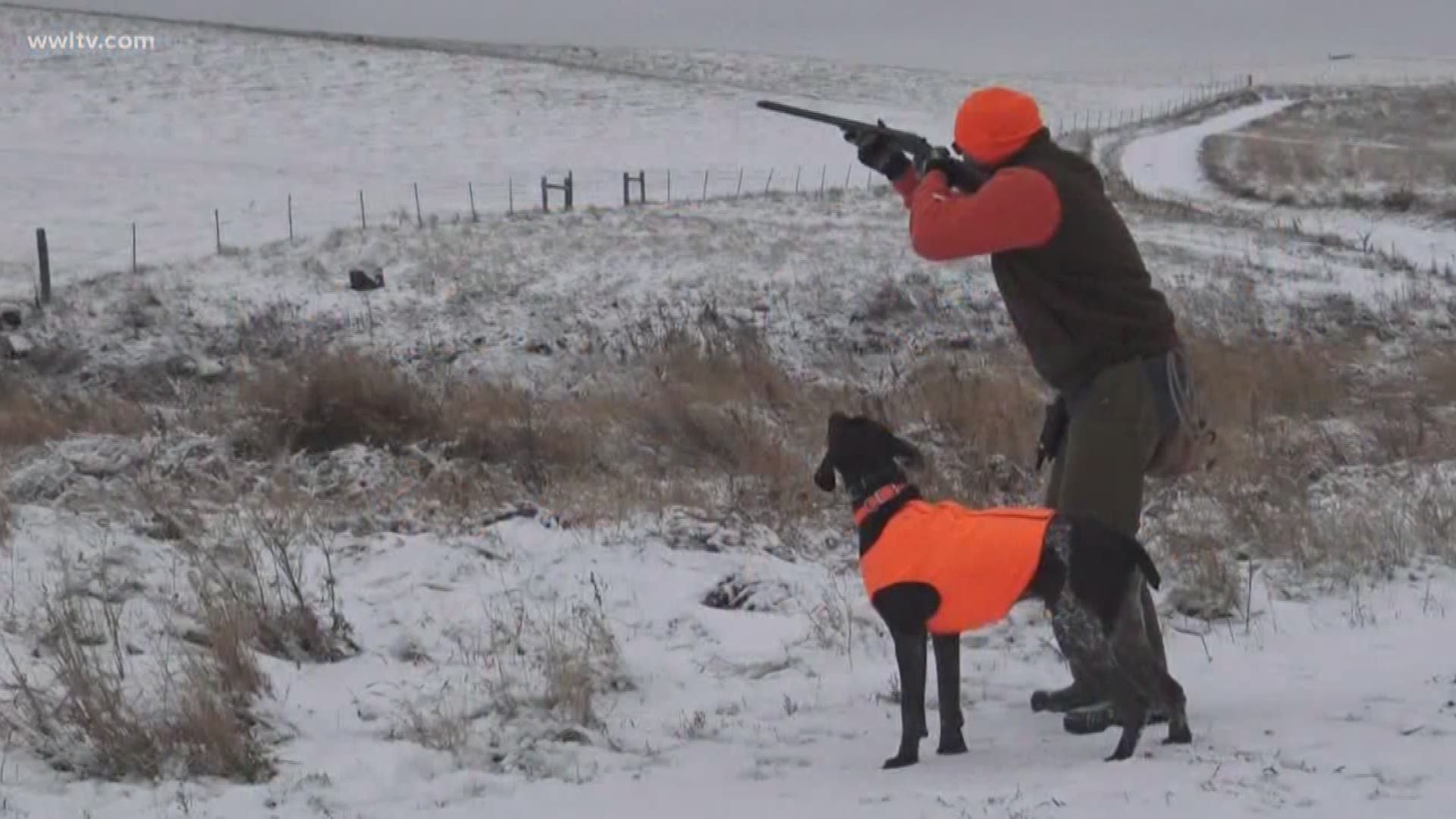 DRAPER, S.D. — They don't migrate, so for pheasant we went to single-digit Draper, South Dakota where it can be tough going for southern dogs and hunters.

"Well pheasants are generally a running bird so we like to get them surrounded as best we can so they can't vacate the premises before we even get a chance to shoot at them," said Kyle Villa of Bad River Bucks and Birds.

"I've never been involved in driving birds," said Wayne Zimmerman of Metairie. "This is absolutely wonderful when you get to do what they call a push and you've got blockers on one end trying to keep birds from getting away on one end and four or five people just actually going down a ridge or woodline."

"Everything about it is great, I mean the camaraderie with some of our friends, the beauty of the birds," said Sandy Dares, a retired LDWF Enforcement major. "I was a little surprised, I had never killed a pheasant and you know its only roosters up here but they are just beautiful."

"I think it's beautiful being in the outdoors and maybe there are a lot of female hunters or female folks who don't realize there are tremendous opportunities to  go out into the outdoors, spend time with your husband or your boyfriend even if you don't want to hunt there's plenty of opportunities to take shots with a camera, look at nature and its a really great time to be outdoors with the person that you care about," said my daughter Cheri Dubuc Rollins.