John Curtis rolls over Catholic-BR for Division I state title

The No.1 John Curtis Patriots defeated No.4 Catholic High-Baton Rouge 49-7, earning the school its first state championship in five years. 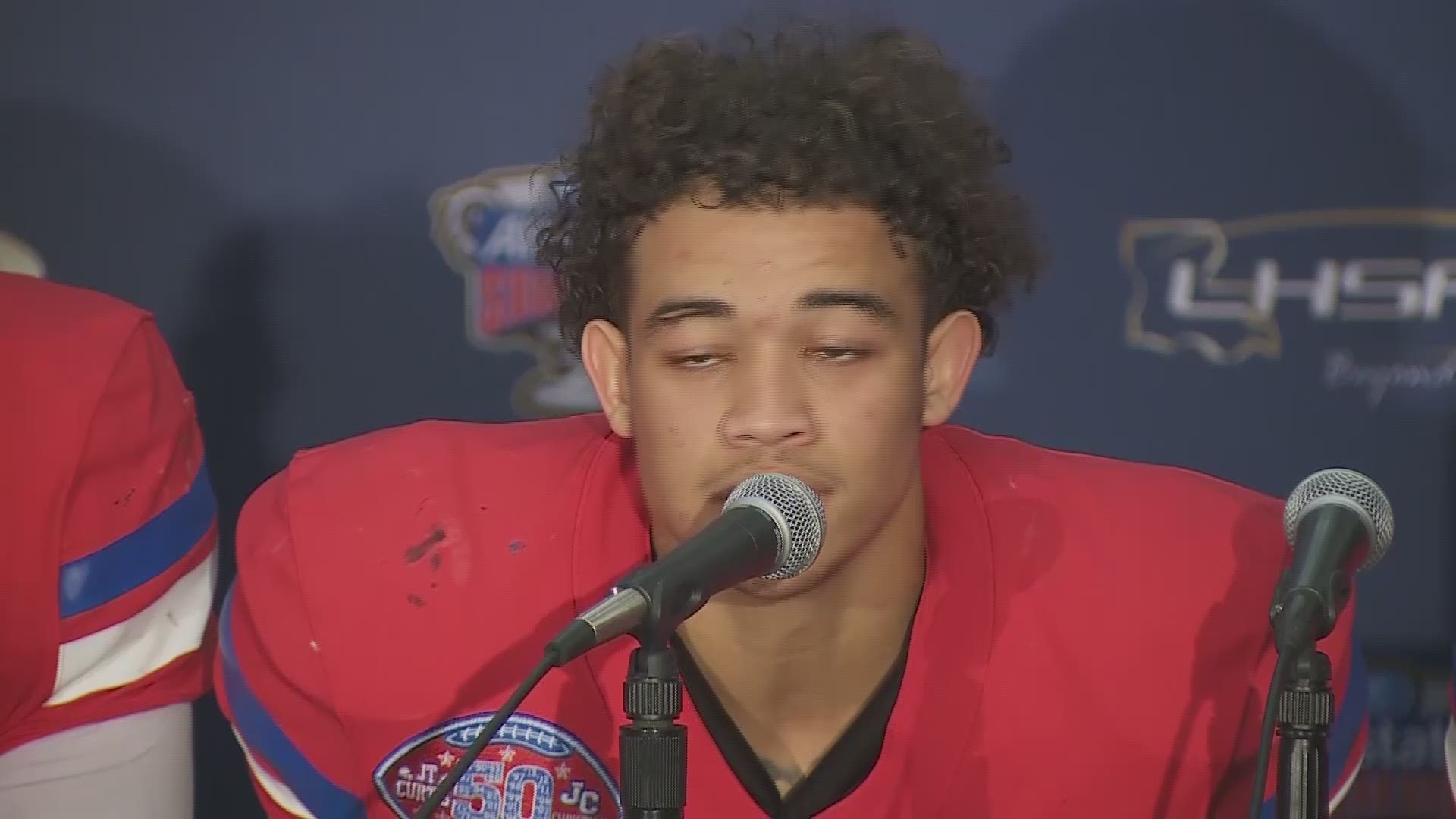 (NEW ORLEANS) – John Curtis' powerhouse football program completed its perfect season in the Mercedes-Benz Superdome Saturday and is once again a state champion.

John Curtis never trailed in the game, avenging a loss in the state championship game last season and bringing this season's record to 13-0.

It's the Patriots' first state title win since 2013.