He was the first African-American head coach to win an NCAA championship.

WASHINGTON — The legendary Georgetown University men's basketball coach, John Thompson Jr., has passed away at the age of 78, ESPN reports.

Thompson made his mark as the head coach of the Georgetown men's basketball team as he led them to a historic NCAA championship in 1984.

During his almost 30-year coaching career with Georgetown, he was known for building up the school's program and leading the team to back-to-back appearances in the NCAA Championship Game. In 1975, he led the Hoyas to the NCAA tournament for the first time in 32 years, according to ESPN.

"We are heartbroken to share the news of the passing of our father, John Thompson, Jr.," Thompson's family said in a statement. "But don’t worry about him, because as he always liked to say, ‘....”Big Ace’” is cool..."

ESPN described Thompson's legacy in a tweet and said he facilitated the "recruitment and development of four Hall of Fame players: Alonzo Mourning, Dikembe Mutombo, Patrick Ewing and Allen Iverson."

"Coach John R. Thompson Jr. had a profound impact on our University. Forty-eight years ago, he joined the Georgetown community and with his distinctive style, commitment to excellence, and clear sense of purpose, transformed Georgetown Basketball. We are a better University because of John’s leadership—he challenged us to live up to our values and enabled all of us to see new possibilities, for ourselves, and for the impact, we could have on the world. John will be remembered for many things—his historic achievements, the lives he shaped, his advocacy for social and racial justice—but perhaps most of all, for the authenticity through which he lived his life," said Georgetown President John J. DeGioia.

He was the first African-American head coach to win an NCAA championship when Patrick Ewing led the Hoyas over the Houston Cougars.

Before his coaching career, Thompson, a native Washingtonian, played basketball for John Carroll High School in D.C. and later went to Providence College, where he led the team to the 1963 NIT championship and served as captain for the school's first NCAA tournament team in 1964. 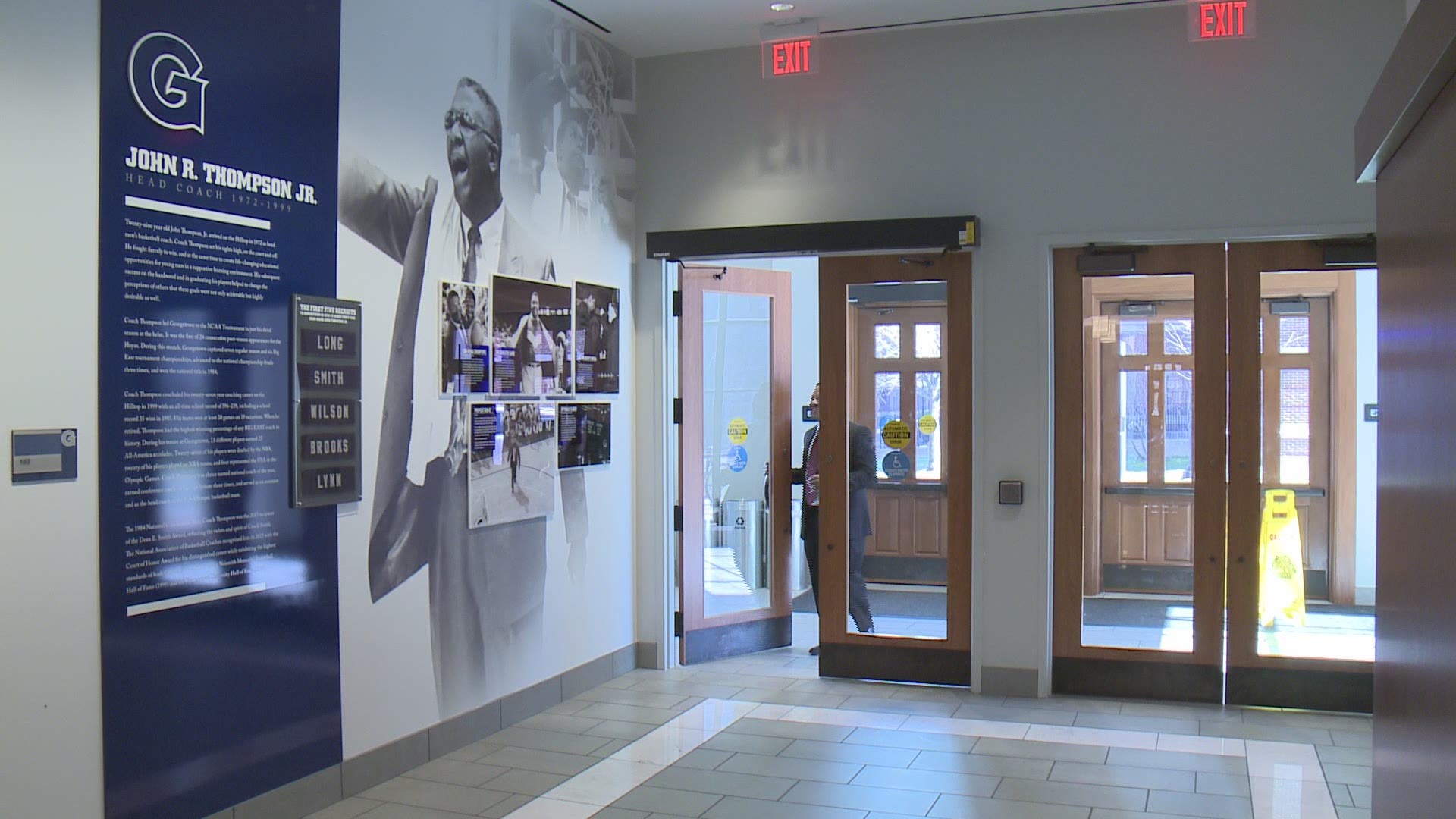 He had the opportunity to further his career in the NBA but passed on the offer with the Chicago Bulls to coach youth basketball. Following his time as head coach St. Anthony Catholic School in D.C., he was given the opportunity to lead the Hoyas.

His imprint continued with the Hoyas, and until this day, he is known as the brain behind Georgetown basketball.

Thompson is survived by his sons, John Thompson III and Ronny Thompson, and daughter, Tiffany Thompson.

I can remember growing up thinking Georgetown was an all black school. Head Coach John Thompson and the players were all black. pic.twitter.com/oUwQwiP1YU

Heaven has gained some remarkable souls this year. Now, legendary Georgetown coach and mentor John Thompson III finds his place in the ultimate hall of fame. Sharing a photo from one of @brucejohnson9’s candid conversations with him. Peace to this legend and his family. @wusa9 pic.twitter.com/mz27WbYhi6