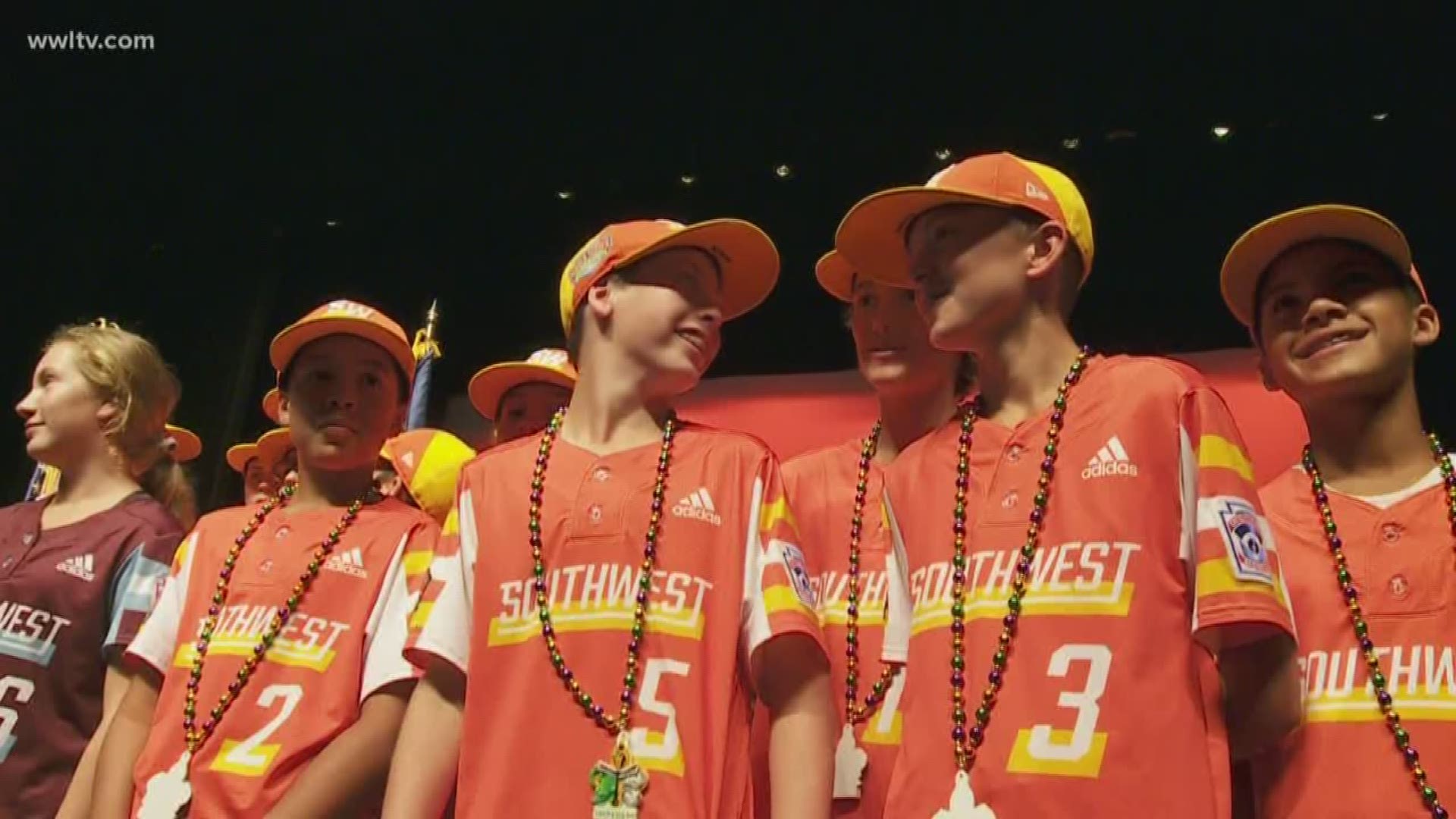 BATON ROUGE, La. — Being World Champions has its perks, including being the only people in the world to eat Popeyes' now infamous sold-out chicken sandwiches.

In addition to all of that, the governor's mansion became "the only place in the world you can get a Popeyes' chicken sandwich."

"Only the best for Louisiana's own 2019 Little League World Series Champions!" Edwards tweeted.

Last month, Team Louisiana shutout Curacao 8-0 to win the state's first LLWS title. With Louisiana's victory, U.S. teams have won back-to-back Little League crowns for the first time since 2009, when a team from Chula Vista, California, capped off a streak of five straight championships for the United States.