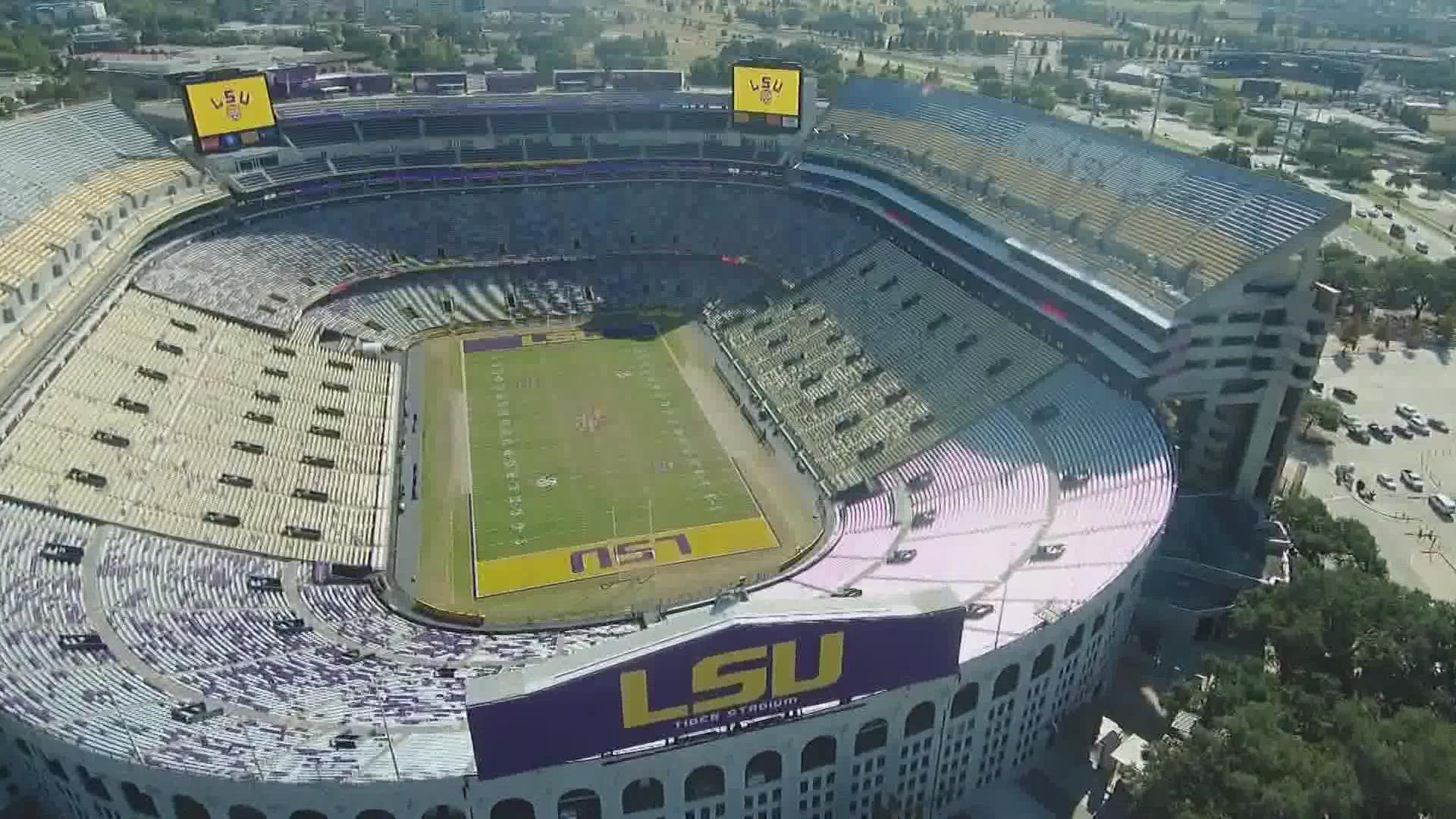 "Is it tough? Yeah, but I'm not going to feel sorry for myself," said Ed Orgeron.

It was a lopsided game throughout and LSU's first drive of the game was a sign of things to come.

On that first drive, quarterback Max Johnson fumbled after he didn't see a defender coming for a sack. Kentucky recovered the ball and their offense quickly drove down the field.

LSU's defense failed to stop the Wildcats on a fourth and goal from the three when Kentucky quarterback Will Levis found Chris Rodriguez Jr. for the first score of the night.

Kentucky led 7-0 at the end of the first quarter.

Max Johnson and the Tiger offense turned the ball over on downs on their second drive of the contest and punted on their four-over drives in the first half.

Levis threw his second touchdown of the night at the start of the second quarter.

Kentucky opened the second half with the ball and went down the field for a seven-play 75-yard touchdown drive to extend the lead to 21-0 on Levis's one-yard touchdown run.

Davis-Price was one of the few bright spots for LSU rushing 22 times for a season-high 147 yards and two touchdowns.

Levis scored his second rushing touchdown of the quarter to give the Wildcats a commanding 28-7 lead with about one minute left in the third quarter.

Johnson led two scoring drives in the fourth quarter but LSU was unable to cut the lead under 14 points. He completed 22 of 38 passes for 261 yards and 1 touchdown.

'"I try to play my heart out every single down," said Johnson.

Kayshon Boutte was injured early in the fourth quarter after he made a catch and was carted off the field.

"Way too premature to see what’s going on," Orgeron said on Boutte's injury.

LSU will look to bounce back next week against the Florida Gators at 11 a.m at Tiger Stadium.

"I have a lot of confidence. We'll go to work tomorrow, just like always, and plan against Florida," said Orgeron.