After an upsetting loss to the Mississippi State Bulldogs at the beginning of the 2020 season, the fans were looking for a win. 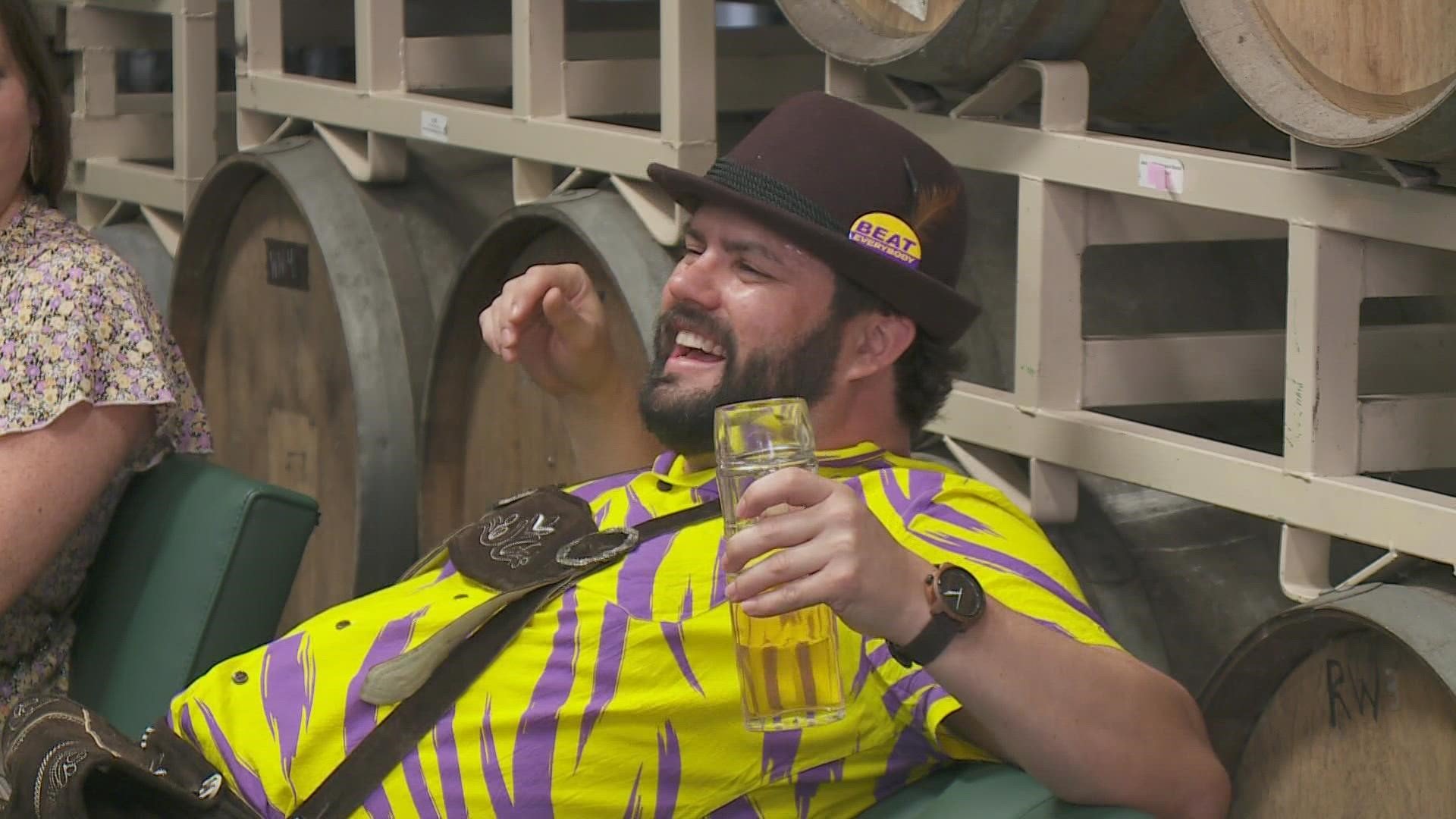 NEW ORLEANS — The LSU vs Mississippi State game bought out a range of emotions in LSU  fans Saturday including anticipation, doubt and excitement but overall ended the game with a whole lot of smiles.

It was redemption day for the Louisiana State University Tigers and the fans enjoyed every minute of it.

"The vibes and the atmosphere it's just, you can't beat it," said Caitlin and Sophia Castay, LSU fans.

After an upsetting loss to the Mississippi State Bulldogs at the beginning of the 2020 season, the fans were looking for a win.

"It's always a great weekend when the tigers win and then on Sunday the Saints come in and win. So hopefully, this will be a great weekend," said Gregg Morris, LSU tiger fan.

LSU took a championship in 2019 but, with a surprising 2020 season and a slow start in 2021, some LSU football fans were pessimistic.

"Honestly I’m more shocked how well they've been playing today than what I thought they would. I thought there would be a really close game but I think we might win by more than a couple," William Treuting, LSU superfan.

By the third quarter, fans were beginning to see a little payback for last year's loss.

In the end, the payback paid off surprising and exciting LSU superfan William Treuting.

“I thought the cowbells would be kind of ruining it for us but they've been playing extremely well, very much turned the page, since the first day of the year and it's been quite an enjoyable experience," said William Treuting, LSU superfan.

LSU fans since birth, Caitlin and Sophia Castay, shared how the 28-25 win against the Bulldogs was only the beginning.

"It's always a great feeling when LSU wins! It just sets a great tone for the rest of the weekend," said Caitlin and Sophia Castay, LSU fans since birth.

After a win against Mississippi, another emotion resurfaced for many LSU fans, hope.