On Friday, LSU Health, city and state officials all offered praises to the students rewarding them for a job well done. 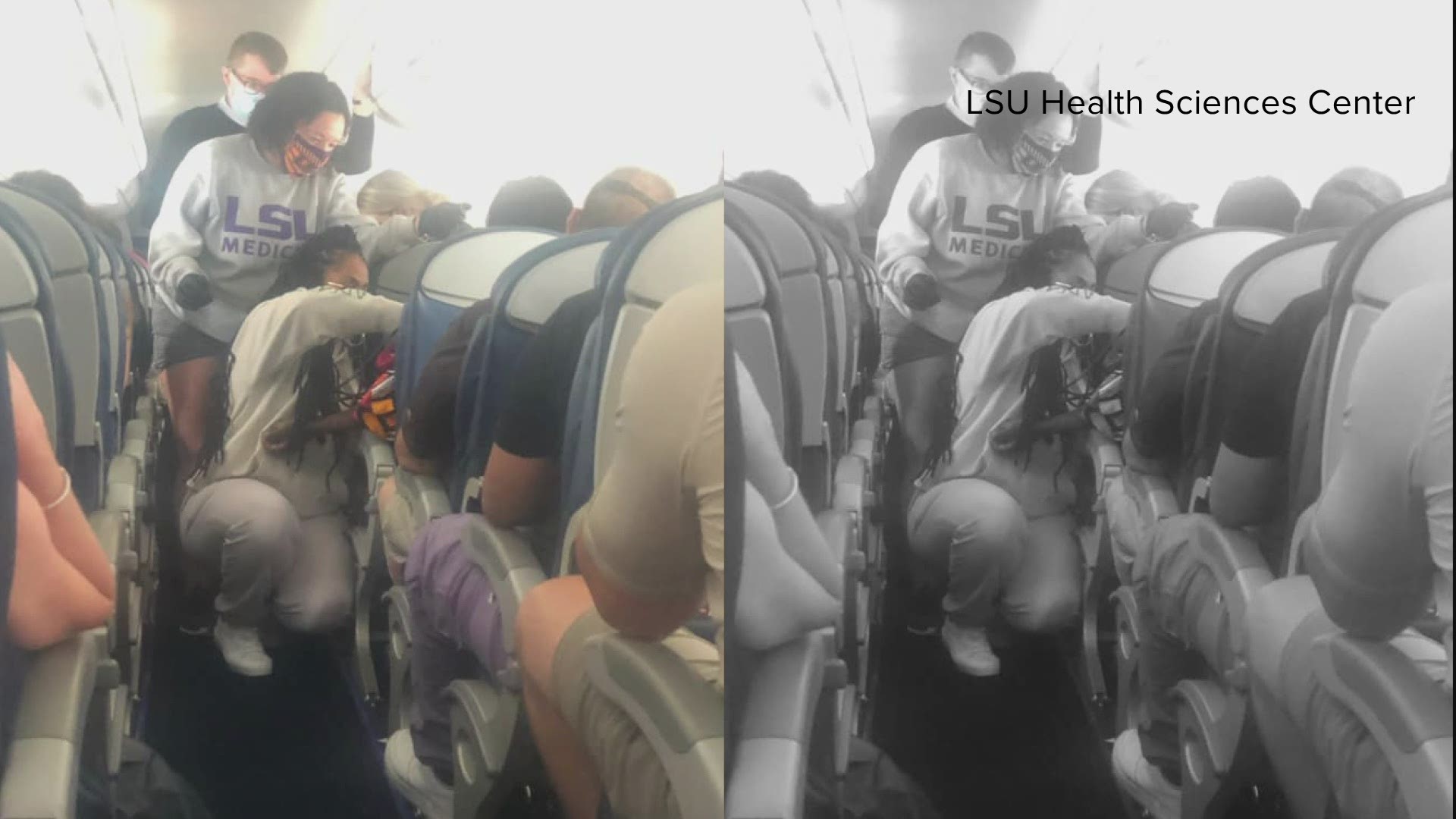 NEW ORLEANS — A big day for two LSU Health students. A few weeks ago, while on a flight, the two helped a passenger in need of medical attention. On Friday, the students were honored for their work in helping the woman recover.

Lauren Bagneris and Heather Duplessis celebrated the end of their first year at LSU Health, with a once in a lifetime trip to Greece.

"I was really just excited to relax with my sisters and with Heather of course so we could have a great time and see a beautiful country," said Lauren Bagneris.

And boy, it was a trip to remember.

"I can't say it was an adrenaline rush," said Duplessis. "We both were level-headed and calm in the situation."

The first part of their trip took them to New York. It was on that flight when a passenger overheated and fell. The crew called for help, however, when no one answered, Heath and Lauren, stepped up.

"Once we realized there were no medical professionals on board you go into fight or flight and you're jumping into action," said Bagneris. "We were called to do this. We assessed the situation to make sure we had the scope of knowledge in the situation."

A photo was taken of the two helping the patient. It's gone viral, being viewed at least six million times. It also captured the attention of school, city and state officials who all recognized the women Friday.

"I want to thank you for stepping up and doing what you did," said new LSU president, William F. Tate IV.

"On behalf of New Orleans, let me tell you something," said Mayor LaToya Cantrell. "You've made us so proud, you are truly an inspiration."

Extremely grateful for the honor, Lauren and Heather say they just did what they were called to do.

"I learned you can't take your education for granted no matter what you're doing," said Bagneris

"It gave me appreciation for those late nights and early mornings that I experienced throughout the year," said Duplessis. "And just knowing it's all for a reason."

And they say they'd do it all over again, if needed.

Because of HIPAA, the students are unable to reach out to the woman, but hope she's okay and want to thank her for trusting them with her care. They also have a message for those thinking about taking on a medical profession. They say it can be difficult at times, but to never give up, the work will pay off.