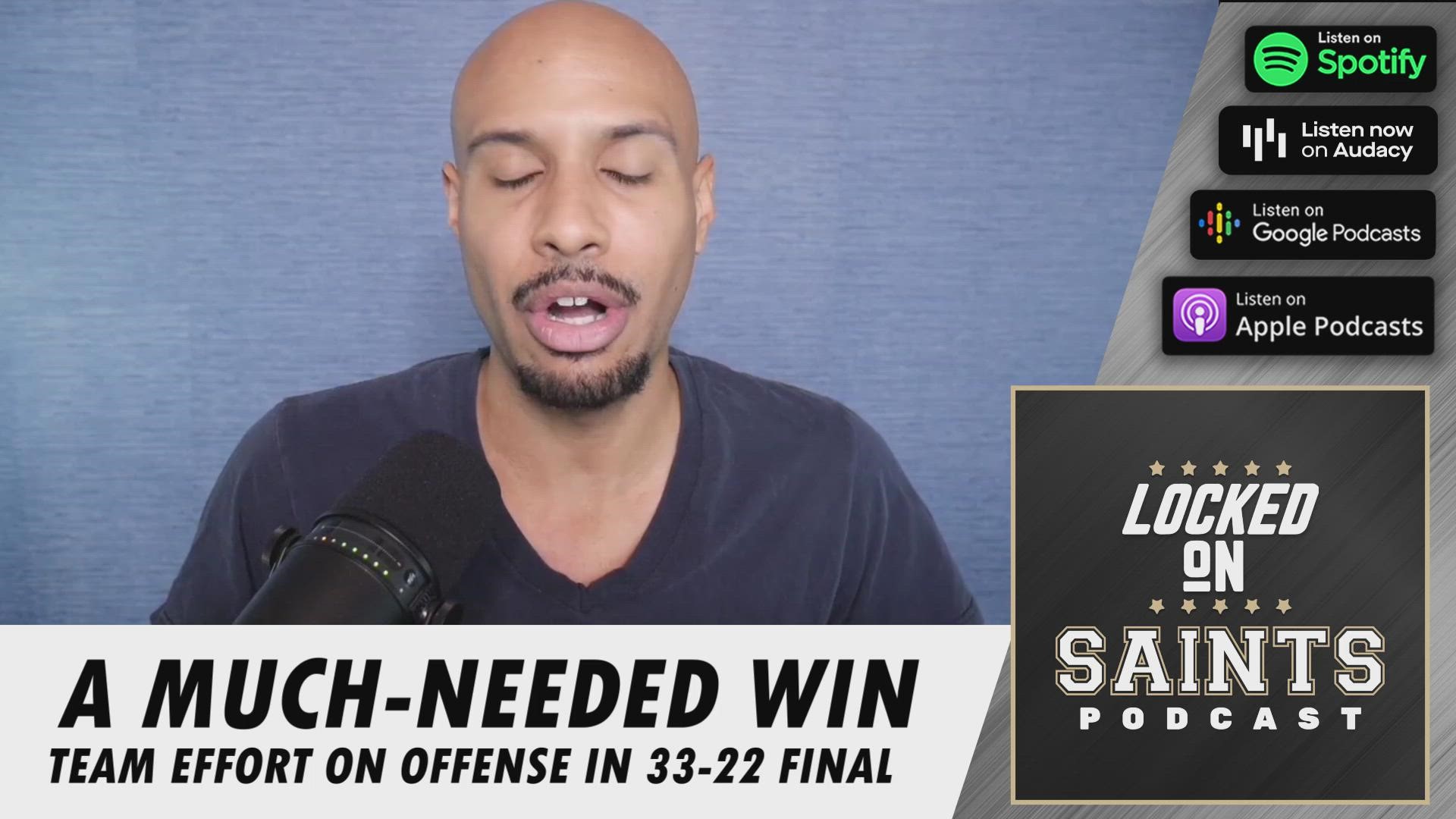 NEW ORLEANS — The New Orleans Saints got a much-needed victory heading into the bye with a big win against the Washington Football Team. Marshon Lattimore led the way for the Saint's defense in a huge matchup against Terry McLaurin.

Jameis Winston impressed bouncing back from two early turnovers and punter Blake Gillikin keeps WFT's offense operating from deep within their own territory.

New Orleans came into this game tied for first in red zone defense only allowing TDs 33% of the time and held up to that ranking against Taylor Heinicke and the WFT offense.

However, the Saints continue to be slow in the third quarter. Something the team will likely try to address with scripted plays and returning talent after the bye week.

Michael Thomas, Kwon Alexander, Wil Lutz, Erik McCoy, Tre'Quan Smith, and many others could turn this New Orleans Saints into an entirely new team in the weeks following the bye.

Carrying a 3-2 record into a bye week that was initially considered too early, now looks to be the best-case scenario.