Hartman, who was still writing for the Star Tribune, died at age 100 on Sunday. 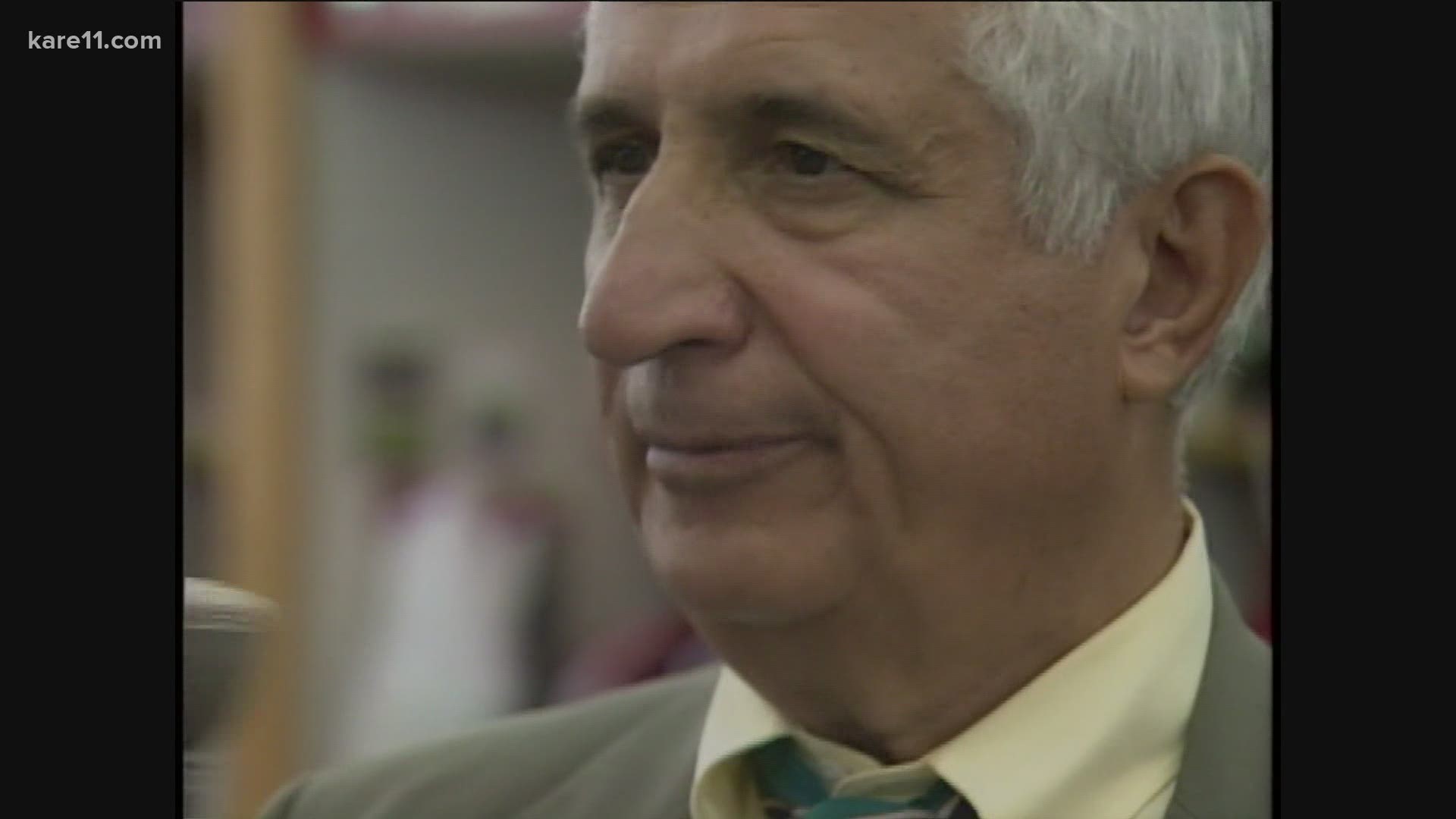 His son, Chad Hartman, tweeted out "My father's extraordinary and resilient life has come to a peaceful conclusion surrounded by his family."

Hartman worked for the Minneapolis Star Tribune and WCCO 830 AM radio. For 20 years, he was also on the weekly television program "Sports Show" with Mike Max and other journalists.

My father’s extraordinary and resilient life has come to a peaceful conclusion surrounded by his family.

Hartman turned 100 years old in March. He had covered Minnesota sports for nearly 75 years. Sid's first newspaper column was published in 1945, and he kept up his age-defying pace even after his 100th birthday party on March 15 was canceled because of the coronavirus pandemic. Hartman continued to write three columns per week for the Star Tribune, four during football season, and served as a co-host of the long-running Sunday morning “Sports Huddle” show for Minneapolis station WCCO-AM.

I worked with Sid and Chad on Shaver Sports Extra show on @kare11 and boy we had fun - lots of laughs but just an honor to work with both. Sad day

Our hearts are broken with the news of Sid Hartman’s passing. It is nearly impossible to put into words what Sid meant to the sports world and to Minnesota. He was an iconic sports figure, a tenacious reporter and a tireless advocate for his beloved state. His doggedness and work ethic were unmatched, but it was Sid’s ability to nurture relationships that truly set him apart. He was a confidant and a loyal friend to countless athletes and coaches across the country.

The impact Sid had on collegiate and professional sports can never be replicated and will never be forgotten. His presence and his personality were constants during the Vikings first 60 seasons. Sid welcomed our family to town in 2005, and we will always appreciate his support for us as owners and for the Vikings franchise. Our prayers are with the entire Hartman family.

The following is a statement from Timberwolves and Lynx owner Glen Taylor on the passing of Minnesota sports icon Sid Hartman:

“I am truly saddened by the news of the passing of one of the Twin Cities great personalities in Sid Hartman. With over 21,000 bylines in the Star Tribune, Sid will be considered one of the premier journalists of our time. Sid will always be a staple amongst Minnesota sports and even more so in the basketball community, helping shape what many consider the NBA’s first dynasty with the Minneapolis Lakers. I will always remember Sid for his will, determination, and the upbeat spirit with which he lived his life. Above all, I am thankful for his friendship over all these years. On behalf of the Timberwolves and Lynx, we want to extend our deepest condolences to the entire Hartman family.”

"The Minnesota Twins today mourn the passing of Sid Hartman, while also celebrating his extraordinary life, his immeasurable contributions to our state’s sports scene, and his enduring impact on generations of Minnesotans. Sid was truly a one-of-a-kind personality, and his constant presence at the ballpark – which spanned the press boxes and clubhouses of Metropolitan Stadium, the Metrodome and Target Field – will be missed by so many.

His endless drive to share sports stories across our region was unmatched, as was the deep trust he endeared in athletes, coaches, management and the public alike. This enviable combination, along with a work ethic, competitiveness and resilience that never wavered, allowed Sid to gather and report stories that no one else could have captured. Sid’s commitment to, and passion for, covering Minnesota sports was a true privilege to fans across our state.

From his behind-the-scenes work to deliver Major League Baseball to the Twin Cities, to his literally thousands upon thousands of newspaper, television and radio stories that brought to life the exploits of our players and team over our first 60 seasons, few people have done more for our franchise than Sid Hartman. We will be forever grateful for Sid’s contributions to Minnesota Twins baseball.

Sid will be missed, but he will certainly never be forgotten. Sid Hartman was, is, and always will be Minnesota sports.”