After the elimination of Chief Wahoo from Tribe uniforms, some fans now want 'Indians' nickname gone

"We're going to continue to come out here until it's eliminated" 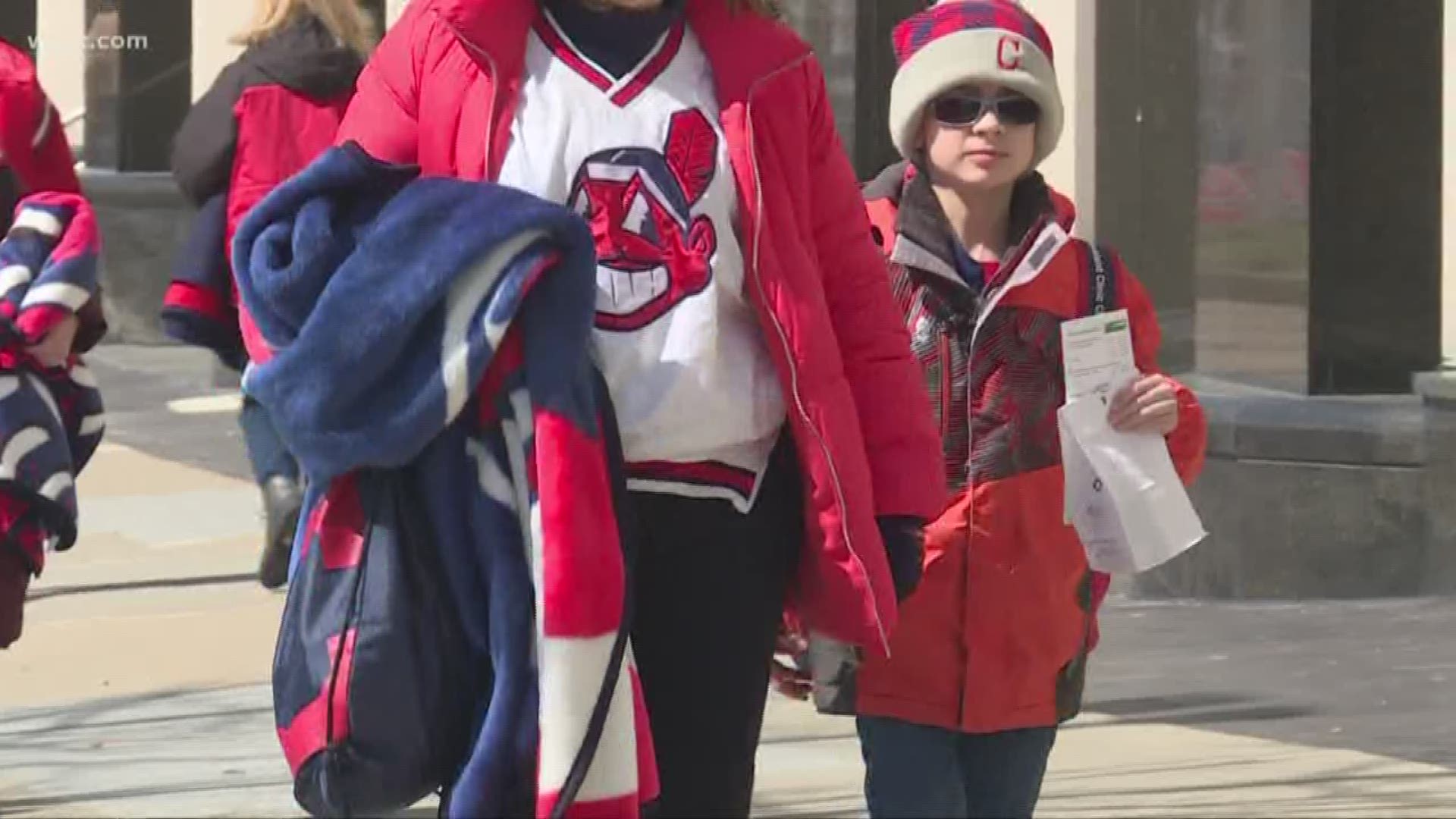 CLEVELAND — The chants from protesters at Progressive Field were loud, demanding that the Cleveland Indians find a new team nickname now that Chief Wahoo isn't allowed on the field.

"Over the years, our chant was 'change the name, change the logo,' and they only heard part of the message," Yenyo said. "And we're going to continue to come out here until it's eliminated."

But it appears they're preaching to the wrong crowd. Many fans at Monday's home opener proudly displayed their Chief Wahoo gear, some more prominently than in years past. While some fans call the logo racist, others say it's history.

Jim Stamper is a well-known Indians and Chief Wahoo supporter. His signs are popular amongst fans.

"It's just something I grew up with and it's something I just never thought of it being anything else but our logo of the Cleveland Indians," he explains.

While Wahoo gear is gone on the uniforms the players wear on the field, it's still available for sale in the Indians Team Shop, a move that allows the team to keep the trademark and prevent other companies from using the logo en masse.

"Even though they got rid of the logo off of the uniform, it certainly doesn't belong in their team shop where they're still making money off of it," says Yenyo.

Banning Wahoo form the team uniforms may be a first step, but there's nothing to stop fans from wearing it.

While protesters are calling for change, Major League Baseball and the Cleveland Indians have not made any comments about changing the team's nickname.