Marketing firm files its own lawsuit against Zion Williamson 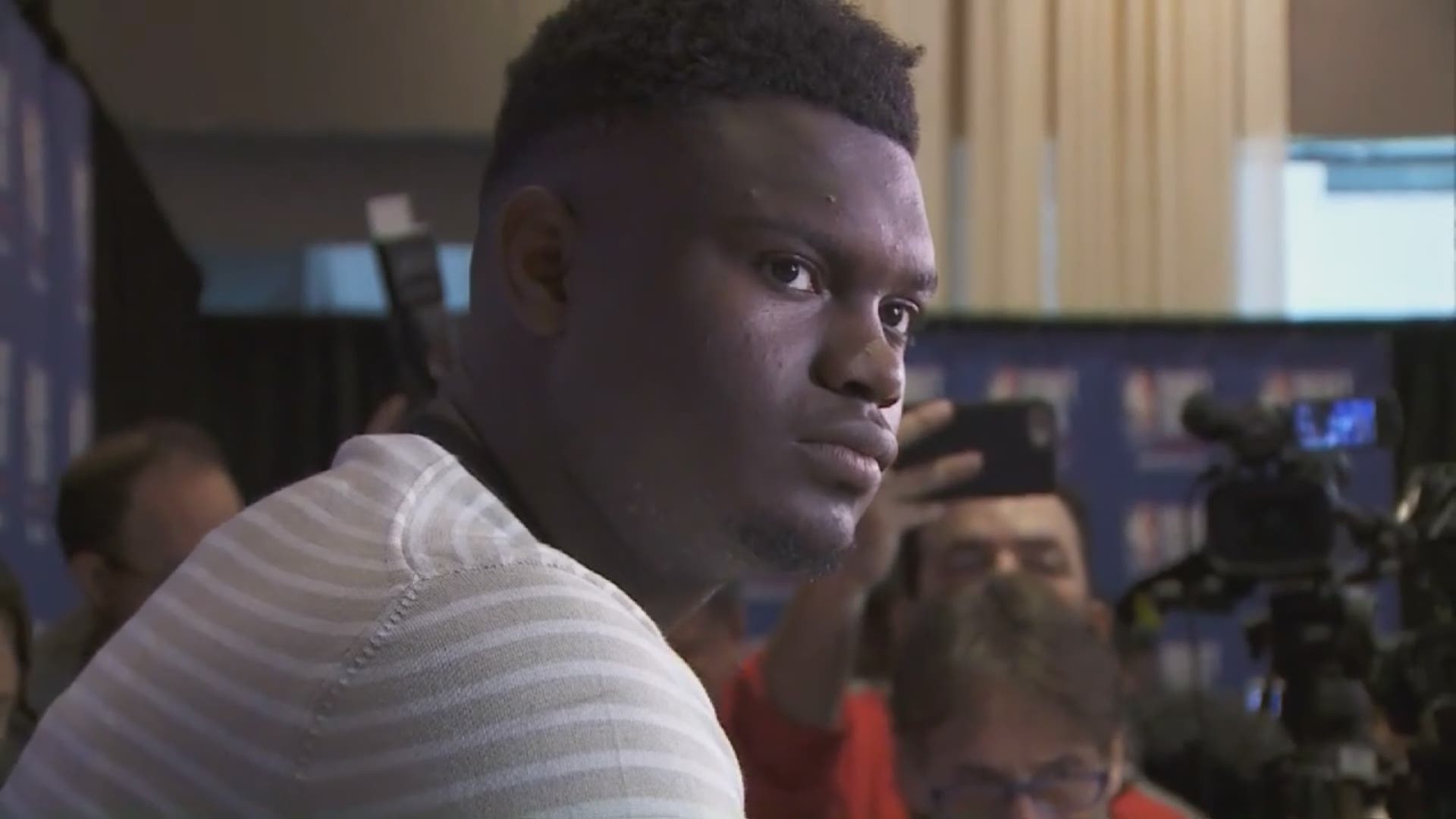 Prime Sports Marketing LLC and company president Gina Ford filed a lawsuit Wednesday in a Florida court, accusing Williamson and the agency now representing him of breach of contract.

It cites numerous claims, including accusing Creative Artists Agency LLC of interfering with Prime Sports' deal with Williamson. It seeks $100 million in in punitive damages against Williamson, CAA and two CAA employees.

Williamson signed with Prime Sports in April before hiring a player agent, but filed a lawsuit last week in North Carolina to terminate that five-year contract after moving to CAA in May.

RELATED: Zion Williamson on New Orleans: 'People were high-fiving me on the street'

This lawsuit comes a day before Williamson was set to be the No. 1 pick in the NBA draft.

The dispute centers on each firm's ability to obtain lucrative endorsement deals for the 6-foot-7, 285-pound potential NBA star.

In a statement to The Associated Press on Wednesday night, Ford's attorneys said she "has worked tremendously hard to build Prime Sports Marketing into a competitive marketing and branding consulting firm while raising a family. She's deeply saddened and disappointed that what was once a promising business with Mr. Williamson has now resorted to legal action."

Jeffrey S. Klein, an attorney for Williamson, didn't immediately return an email Wednesday. He said last week that Prime Sports' "continued threats ... made necessary the filing of this lawsuit."

RELATED: Forecast: In 5 years, the Pelicans will be more popular than the Saints

The Prime Sports lawsuit states it was to receive 15% of compensation from Williamson's marketing deals. CAA eventually "induced" Williamson to back out, telling his family CAA was "better suited" and could secure more compensation on deals Prime Sports had pursued, according to the lawsuit.