Anthony Davis not traded, remains a Pelican, but will he play?

The Pelicans have said almost nothing since they acknowledged that Davis had asked for a trade. 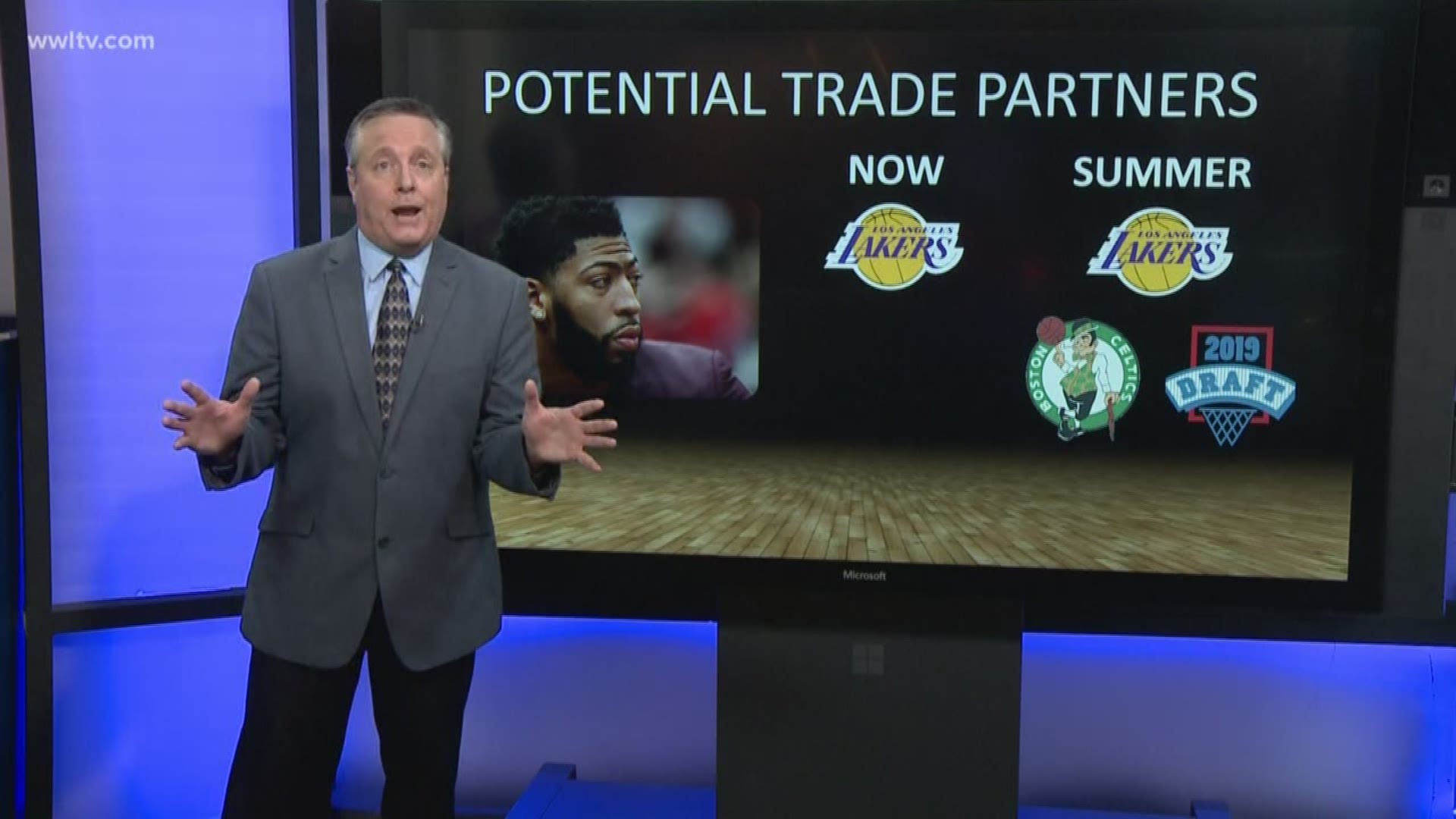 NEW ORLEANS — The trade deadline came and went and despite furious rumors about the Lakers promising all of its young players and future draft picks, the Pelicans did not move All-Star forward Anthony Davis.

It will now be the summer before the eventual destination for Davis is determined.

Late in January, Davis' agent informed the Pelicans that he wanted to be traded. Rumors had him submitting a list of teams that didn't include the Boston Celtics, the team widely-believed to be able to offer the best package deal to the Pels.

But, the Celtics couldn't trade for Davis now, due to a technicality, while the Lakers 'offer' apparently didn't sway the team.

With the Pelicans well below .500 and near the bottom of the standings in the NBA's Western Conference, there was no upside to the Pelicans moving Davis now.

Davis has apparently expressed an interest in playing if he wasn't dealt but it's uncertain if the Pelicans will play him with the season nearly shot, risking an injury that could dull his value in a trade.

A decorated free agent class led by Kevin Durant, Kyrie Irving and Kawhi Leonard awaits in July, so more teams could use the final hours of the deadline searching for moves that could help them afford one of those star players.