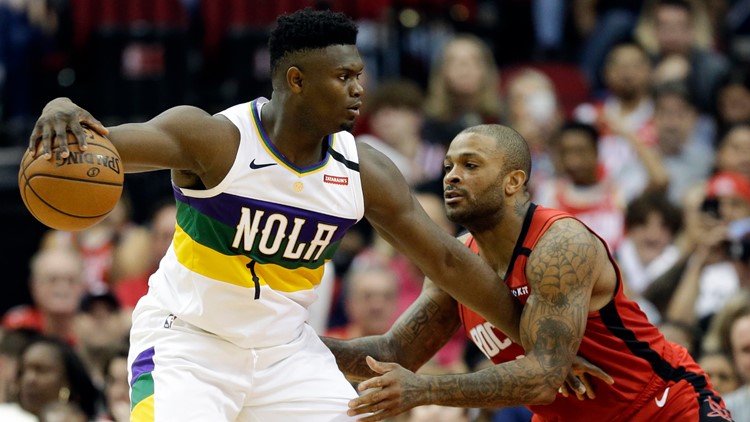 NEW ORLEANS — James Harden had 40 points and came an assist shy of a triple-double to lead the Houston Rockets to a 117-109 win over the New Orleans Pelicans on Sunday.

Harden had 10 rebounds and nine assists. He poured in 26 points in the first half before cooling down after halftime.

Rookie sensation Zion Williamson had 21 points and 10 rebounds for the Pelicans, whose three-game winning streak was snapped.

Leading by one in as the fourth quarter began, the Pelicans scored the first four points bringing the score to 97-92, but Harden's three-pointer and a layup from Russel Westbrook tied the game with 10 minutes left.

This score was close throughout the game, and Houston cut the lead to 93-92 entering the fourth quarter after McLemore made two of three free throws after he was fouled on a 3-pointer.