How the Pelicans can make the playoffs

The schedule to get that No. 8 playoff spot favors New Orleans. 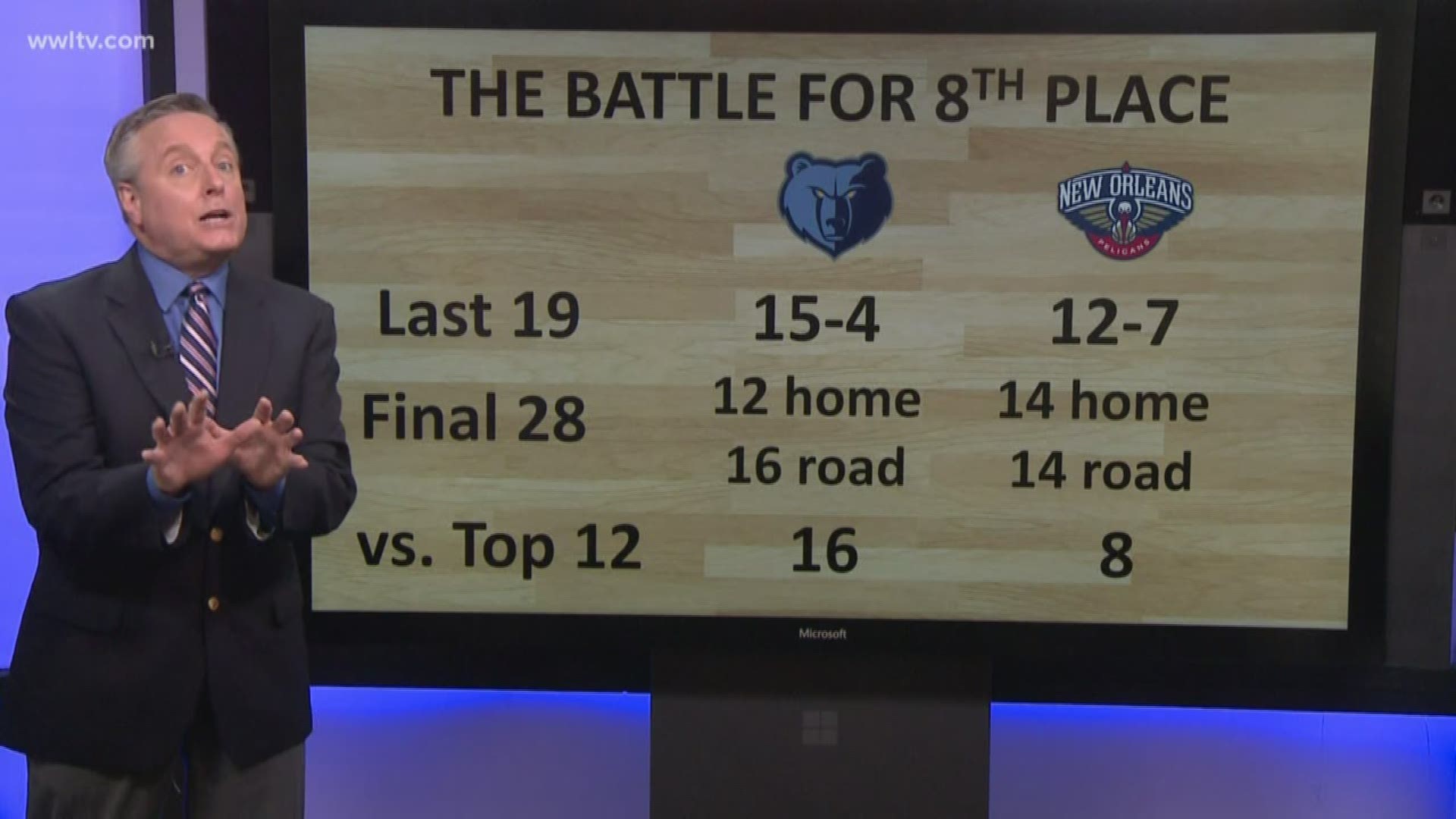 NEW ORLEANS — Two thirds of the Pelicans season is done. For now, the New Orleans is not in a playoff spot but the team has a shot.

On Wednesday, the Memphis Grizzlies beat the Portland Trailblazers at home. That matters to the Pelicans, but head coach Alvin Gentry said it’s not the team’s focus.

“The only thing we really talk about and emphasize is that we definitely control our own destiny,” Gentry said.

There’s no question about that. For now, four teams are fighting for the final playoff spot in the west: The Pelicans, Grizzlies, Trailblazers, and San Antonio Spurs.

The Grizzlies, one of the surprise teams in the NBA, are out in front. They’re playing great basketball lately and are 15-4 in their last 19 games.

The Pelicans are 12-7 in that same span, but the schedule is now favoring New Orleans.

With 28 games to go for both teams, the Pelicans have 14 at home while the Grizzlies have just 12.

And right now, the NBA has 12 teams that are really good, teams whose records are 10 games over .500 or better. The Lakers, Clippers, Bucks, Raptors, Jazz, and Celtics are some of the NBA’s best.

In those final 28 games, the Pelicans play eight games against those elite dozen teams. The Grizzlies, on the other hand, have to play 16. The Memphis schedule is much tougher down the stretch.

Let’s say Memphis can split its final 28 games against that monster schedule and go 14-14. If that happened, the Pelicans would have to go 19-9 in the same stretch to catch the Grizzlies. That’s not easy, but it’s definitely possible.

The Pelicans won both of the first two match ups, so a split this time would earn New Orleans the tiebreaker.

“We don’t look and say, ‘Golly, Portland is playing Memphis tonight…’ The big thing for us is: What can we do to be a better basketball team?” Gentry said.