'It's my time' - Anthony Davis explains decision to request a trade

He said he did not give the Pelicans a list of ‘trade destinations’ and said he doesn’t know if he’ll be moved soon or if it will happen after the season. 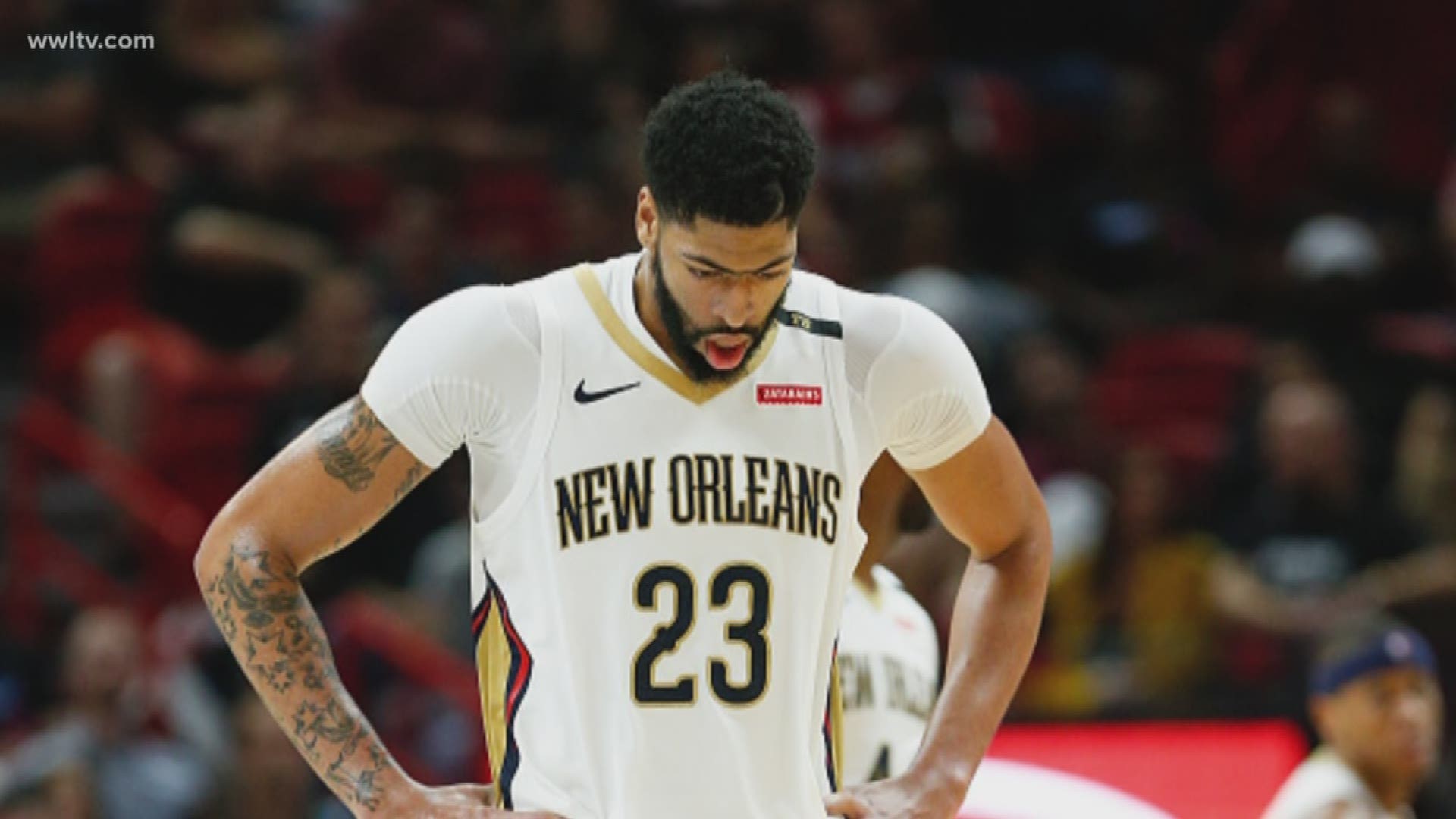 METAIRIE, La. — For the first time since it was announced that he wants to be traded, Pelicans All-Star Anthony Davis talked to the media Friday, talking for several minutes, but speaking in short, measured responses.

Davis is currently out with an injured finger, but is in the midst of his best season, stats-wise, in his career. While logging a career-high 37 minutes a game, a career high 29.3 points per game and a career high 13.3 rebounds per game.

He said he did not give the Pelicans a list of ‘trade destinations’ and said he doesn’t know if he’ll be moved soon or if it will happen after the season. The most often mentioned destinations are Los Angeles (to the Lakers) or Boston. Both teams have plenty of talented young players. Boston has more available and attractive draft picks to offer.

As for the rest of the season, Davis said he does intend to play, when healthy.

“I’m going to remain professional. I’m still under contract here,” he said. “I’ve been working to get my finger back healthy. When I’m able to play, I plan on suiting up.”

Davis said seven years in one spot is a long time and that he has developed ties here. He said he had high hopes coming into the season off of last year’s strong finish and playoff run, but injuries to several key players – Davis included – have helped the team struggle to a current record 23-29 record and a 13th place standing in the Western Conference.

Davis knows he is leaving the possibility of millions on the table as the Pelicans can offer more money than anyone else at this time. But Davis will still make hundreds of millions and he said legacy is more important than money.

Davis said that he didn’t want the demand for a trade to go public but that a reporter asked his representative directly.

Davis said telling Jrue Holiday, his “wingman” the past four or five years, was the most difficult and he said that he hopes the fans understand.

“I feel the fans and the community will always love me. I hope so. I can’t read people’s minds. When you play somewhere for seven years, you have ties to the city. The fans have always been there for me.”