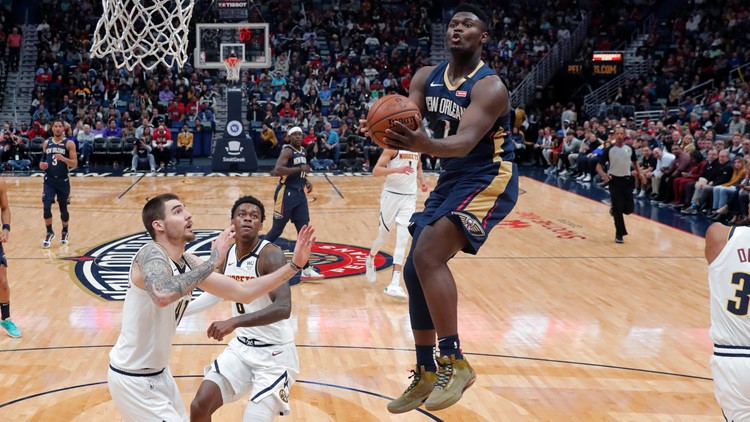 NEW ORLEANS — Since the NBA's top overall draft pick was activated for the first time, the New Orleans Pelicans are 0–2, losing to the Denver Nuggets 113-106 Friday Night.

Zion Williamson scored 15 points in about 21 minutes for the Pelicans, but for most of the game, Denver led by as many as 15 points.

When Zion was in the game, the Pelicans outscored the Nuggets by 16, helping to create a 14–2 run that gave the Pelicans a short-lived 72-70 lead in the third quarter. Denver would come back with an 8–0 run, which included five second-chance points.

New Orleans, in an attempt to rally, brought the score to 106–109, after Hart's 3-pointer with 1:19 left in the game, but rebounds were a problem for the Pelicans throughout the game.

Scoring 46.3%, the Pelicans outshot Denver's 37.7%, but the Pelicans lost 17 turnovers and missed 12 free throws. The Nuggets got 106 shot attempts thanks to offensive rebounds; New Orleans had 82.

Zion had a monster block during the 4th quarter that excited fans.