Zion: 'I love the city of New Orleans. I don't wanna be anywhere else'

Williamson said at media day that he expects to be back for the first official game this year. 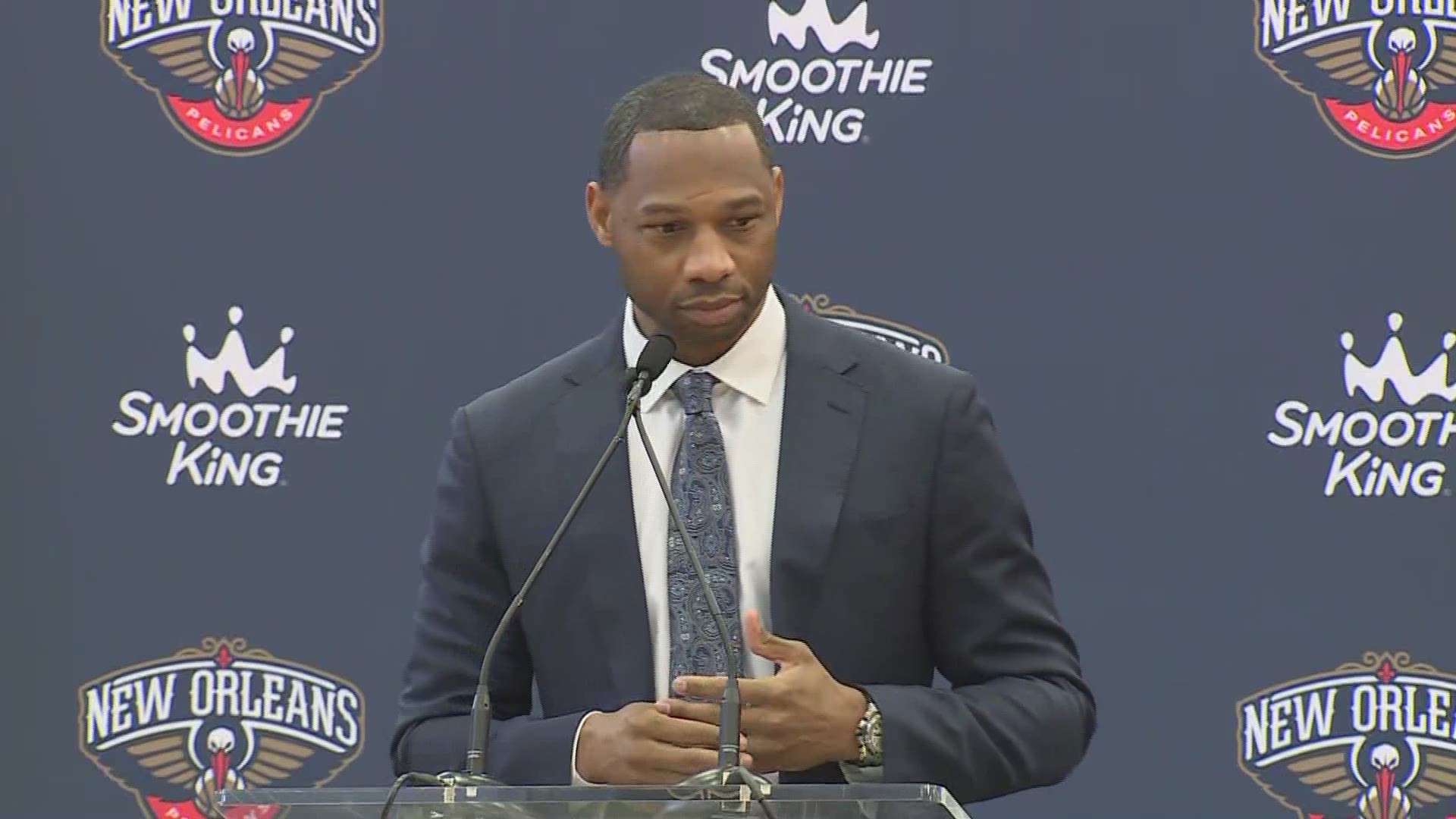 NEW ORLEANS — Zion Williamson spoke on his future with the team and when he expects to be back on the court at the Pelicans media day on Monday.

Rumors have swirled about the 21-year-old forward wanting out of New Orleans but on Monday as his media availability started he laughed and smiled saying he was just happy to be back here.

When asked about how he feels about the organization Williamson said, "I love it here. I love the city of New Orleans. I don't wanna be anywhere else."

In his third season, he's focused on making his first playoff appearance. The Pelicans last made the playoffs during the 2017-2018 season.

"You know me, I wanna win. Not making the playoffs two years in a row. I can't sit up here and say the same thing every time and get the same results. I gotta go do something about it," said Williamson.

Still rehabbing from offseason foot surgery the Pelicans All-Star is expected to miss the entire preseason but he said he will be available for the first official game this year.

Williamson has missed games in each of his first two seasons. As a rookie, he only played in 24 games because of a knee injury,  and last season a thumb injury ended his season early.

"It's all love with me and Griff. We're both competitors, we both want to win. Do we disagree on some things. Yes. But no one agrees on everything," said Williamson.

In 61 games last season Williamson, averaged 27 points per game on 61.1 percent shooting from the field and was an All-Star for the first time in his career.

Zion leaving the podium..... he was in a pretty good mood pic.twitter.com/Qj8LoMr707