"My mom sacrificed a lot for me. She put her dreams aside for mine. She always looked out for the family first, instead of herself." 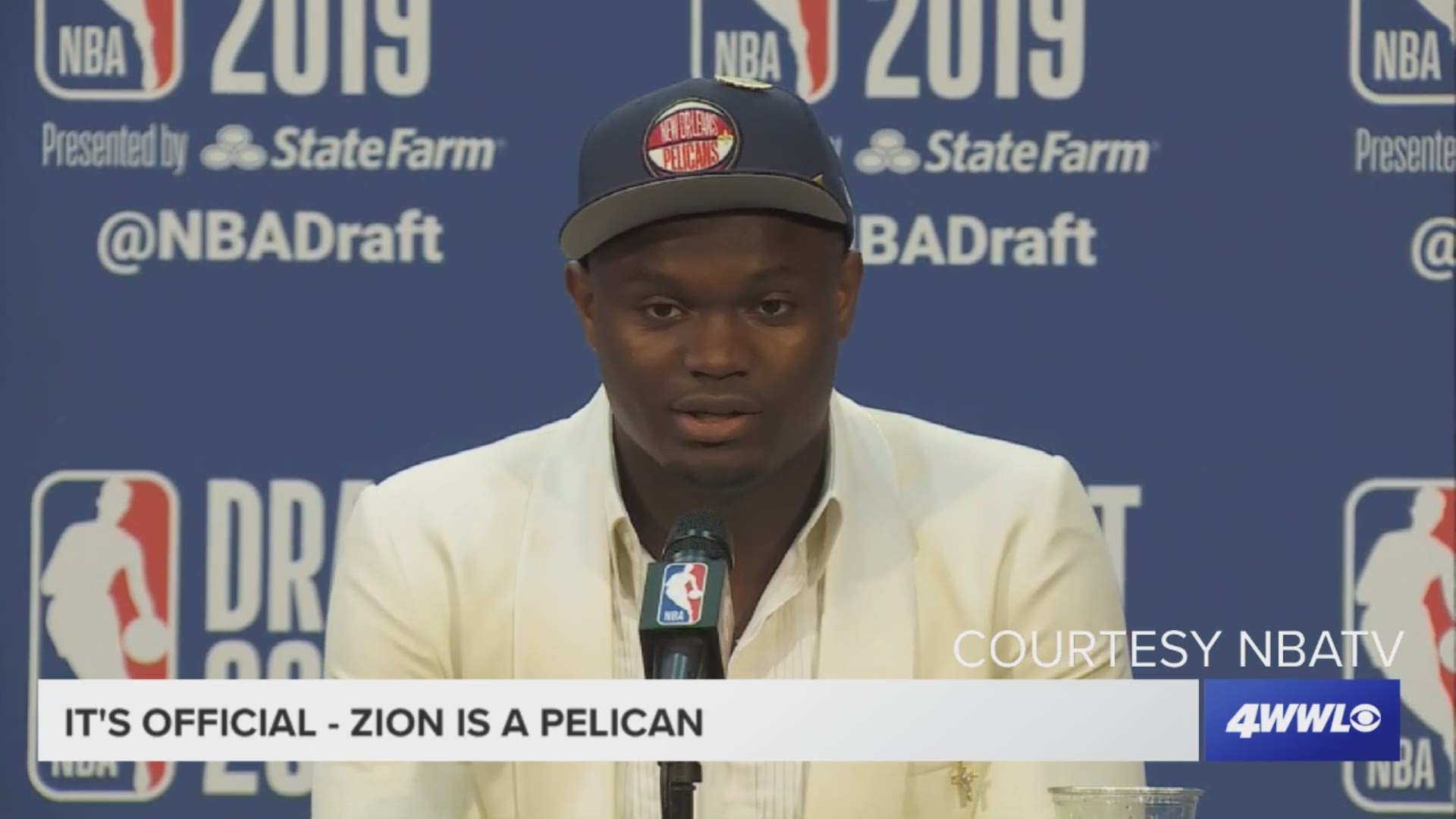 NEW ORLEANS — To absolutely no one's surprise, the Pelicans made it official by taking Duke's Zion Williamson with the first pick in Thursday night's NBA Draft.

A tear-filled Williamson got choked up thanking his mother for everything.

RELATED: Zion's moving tribute to his mother: 'She put her dreams aside for mine'

"I don’t know what to say. I didn’t think I’d be in this position. My mom sacrificed a lot for me. She put her dreams aside for mine. She always looked out for the family first, instead of herself."

Williamson figures to be the building block around which the Pelicans will build after the team's previous building block - Anthony Davis - demanded and eventually forced a trade to the Los Angeles Lakers.

RELATED: Zion - A Hulk in Hightops

Asked by ESPN if he had a message for New Orleans, he said simply "Let's Dance," which led to a roar from a throng assembled on Fulton Street for the event.

Thursday the Pels flipped the 4th pick in the 2019 draft for the 8th pick and a possible first round pick from Cleveland in 2020.

The 6-foot-7, 285-pound Williamson was just the second freshman to be a consensus national player of the year, along with Kevin Durant with Texas in 2007. While Williamson has yet to exhibit consistent outside shooting, he has displayed a dominant mix of power, quickness and skill that has convinced scouts of his extraordinary promise as a pro.

He averaged 22.6 points per game at Duke and also was voted to the ACC's All-Defensive Team after averaging 8.9 rebounds, 2.12 steals and 1.8 blocked shots per game. He leaves Duke as the holder of several freshman records, including single-game scoring after his 35-point outburst against Syracuse in January.