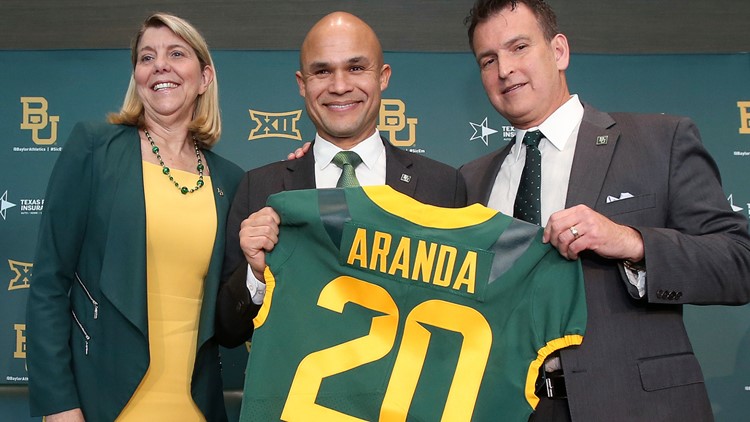 WACO, Ga. — Dave Aranda sensed something special about Baylor even before the Bears were looking for a new head football coach.

Baylor formally introduced Aranda on Monday, four days after he was hired as a first-time head coach. He spent the past four seasons as defensive coordinator for national champion LSU.

Aranda says he could see the togetherness and toughness of the Bears when watching them against Oklahoma. That's the team the Tigers beat in the national semifinal game. He takes over for Matt Rhule. Rhule is now coach of the NFL's Carolina Panthers.

Aranda says he's excited about furthering the progress that has been made under Rhule the past three seasons.