'I knew we were the better team' - Orgeron says of LSU

Joe Burrow passed for 393 yards and three touchdowns and No. 1 LSU snapped an eight-game losing streak to No. 2 Alabama with a 46-41 victory Saturday. 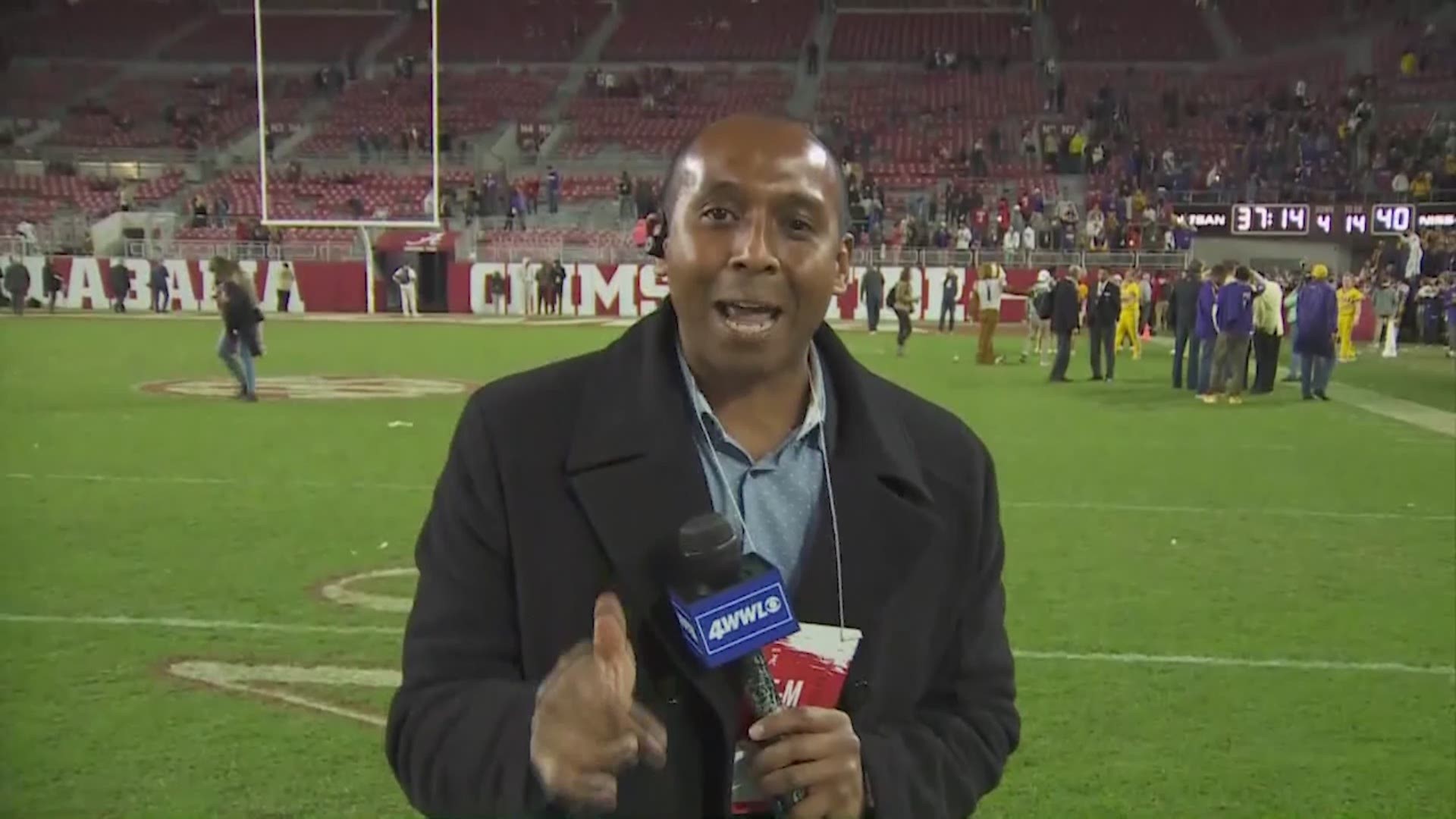 TUSCALOOSA, Ala. — Joe Burrow passed for 393 yards and three touchdowns and No. 1 LSU snapped an eight-game losing streak to No. 2 Alabama with a 46-41 victory Saturday.

The Tigers (9-0, 5-0 Southeastern Conference, No. 2 CFP) are no longer second fiddle in the SEC West, or maybe in the playoff rankings. And Burrow stamped himself as the Heisman Trophy front-runner with a gutty performance when he answered every challenge from 'Bama.

"I just can't say enough about the work we put in this offseason," said Burrow, who definitely improved his Heisman chances with the performance. "You don't see a lot of teams go from where we were offensively last year to where we are this year."

RELATED: What they're saying nationally about LSU's victory over Alabama

RELATED: 'This will go down as one of the great wins — certainly of the Ed Orgeron era'

The showdown lived up to its billing as a duel between two high-powered offenses and star quarterbacks with President Donald Trump attending. Tua Tagovailoa launched an 85-yard touchdown pass to DeVonta Smith with 1:21 left after the Tigers' own scoring march.

Justin Jefferson recovered the onside kick and LSU ran out the clock.

Orgeron appeared a bit teary-eyed on the field in a post-game interview with CBS. He had come a long way from the man who was doubted as the successor to Les Miles. In fact, Orgeron and his teams had accomplished quite a lot. Really, only one thing remained to conquer - well, two - a national championship, but first, a win over Alabama. It had dogged him, but he said, he knew, LSU was finally where it needed to be.

Burrow completed 31 of 39 passes and ran for 64 yards. Clyde Edwards Helaire ran for three touchdowns and caught a scoring pass.

Tagovailoa, 20 days removed from ankle surgery, was 21 of 40 for 418 yards and four touchdowns with an interception and a fumble.