'Exactly how I treat my sons' - Orgeron talks coaching, road to LSU in ESPN interview

Coach O opened up about the key moments in his career leading up to LSU's victory over Alabama in an emotional interview on SportsCenter. 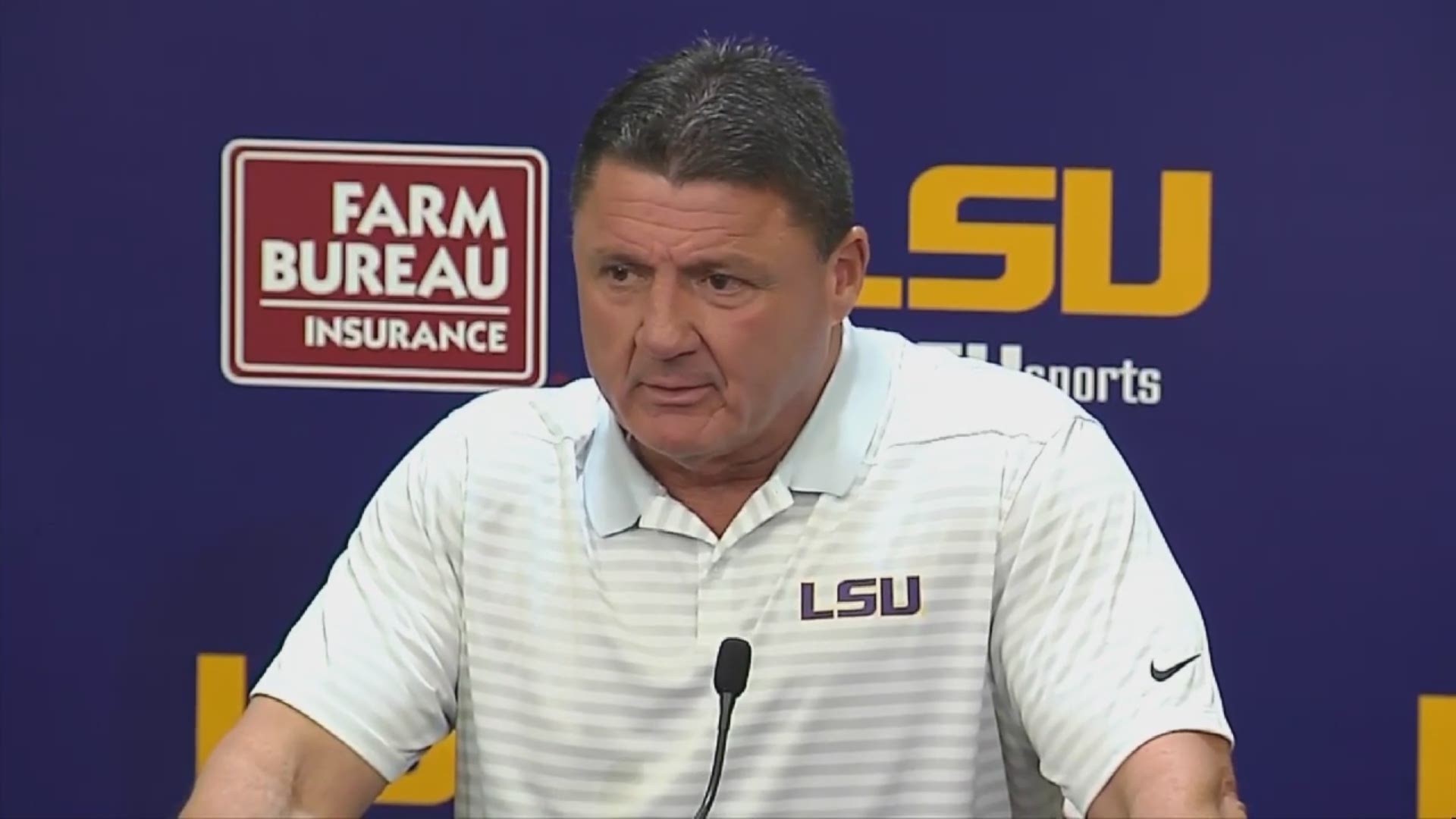 NEW ORLEANS — Before the career high point of beating the University of Alabama to keep his LSU side undefeated and ranked No. 1 across the nation, several low points paved the way for head coach Ed Orgeron.

Orgeron spoke candidly in a new interview with SportsCenter's Tom Rinaldi about his career leading up to LSU's historic season, including his departures from Ole Miss and USC.

During the interview, Coach O said one of his biggest transitions in coaching happened when he returned to Southern California, a change in approach that seems to now be a signature of his success.

Orgeron told Rinaldi that when he was ultimately passed over for the head coaching position at USC, it was one of the worst days of his life.

"It was like a funeral. That was my family. I told my wife Kelly, 'besides the day I buried my father, this has been the worst day of my life,'" he said.

It was his wife who responded with positivity, he said.

That plan evidently led Orgeron to LSU and to the Tigers' current 9-0 run this season, beating opponents like Alabama, Texas, Auburn and Florida and earning the No. 1 College Football Playoff seeding so far.

He said his experiences before Louisiana were necessary.

"I thank God for me being the head coach of Louisiana State University and I ask him to give me the words and the wisdom to guide this team," he told Rinaldi.

RELATED: Ed Orgeron's signature win was worth the wait, especially for him

RELATED: AP Top 25: LSU landslide No. 1 after win over Alabama