A judge decided Friday that the LSU basketball coach would not have to testify in a bribery case about statements he made while under FBI surveilence. 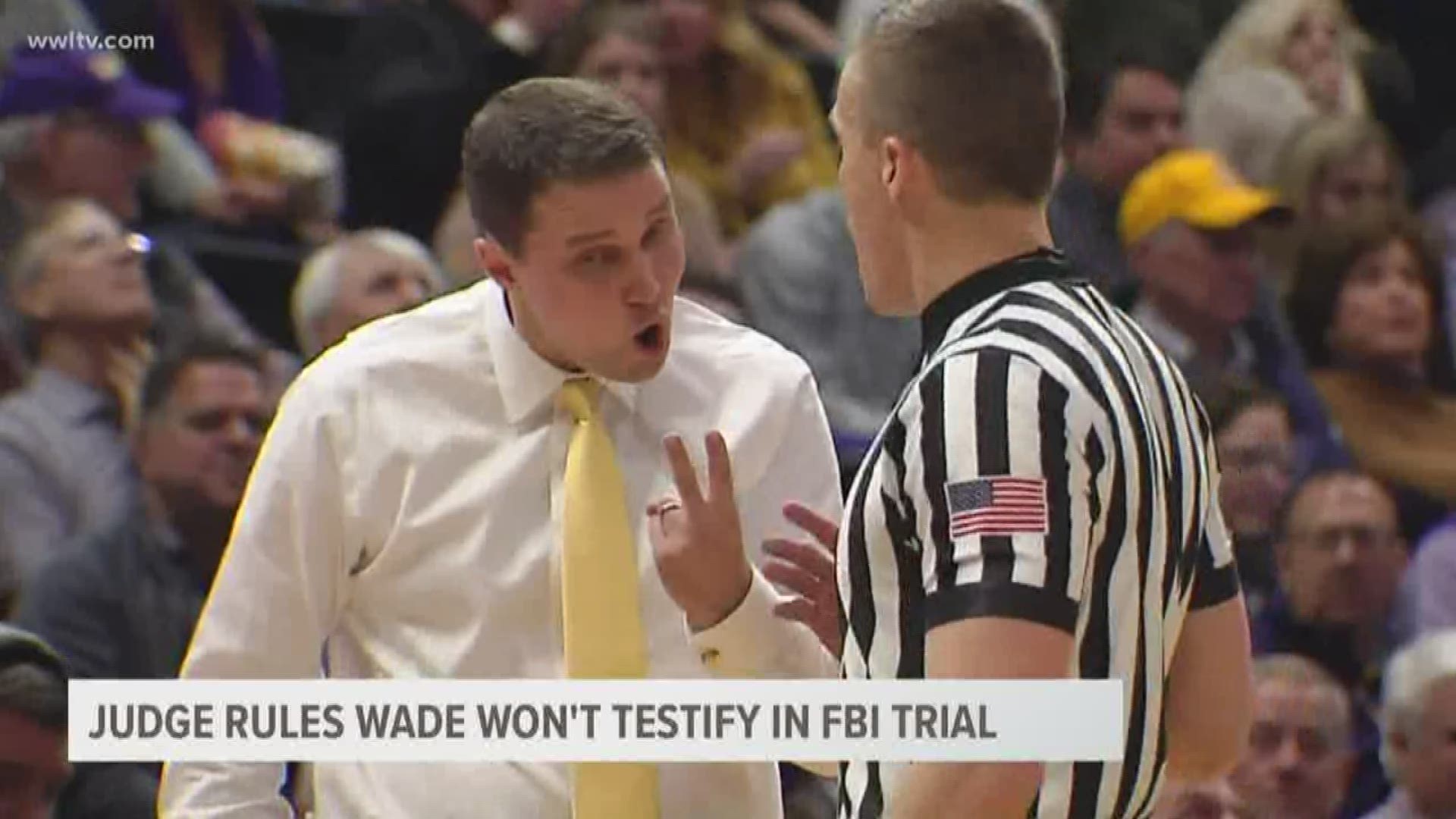 NEW ORLEANS — LSU basketball coach Will Wade will not have to testify at an upcoming corruption case in college basketball, according to a report by The Advocate, meaning Wade's statements caught on FBI wiretap may never become public.

Federal district judge Edgardo Ramos decided Friday that Wade, who was caught on tape discussing basketball recruiting with one of the defendants in the case, won't testify, and the tapes will remain out of court proceedings, the Advocate reported.

Ramos reportedly ruled that any potential wrongdoing by Wade was irrelevant to the case, which focuses on alleged bribes at four schools outside of Louisiana.

The judge can change his mind later in the trial, according to Law 360 reporter Brush. Attorneys involved in the case have estimated the trial will likely last several weeks.

Defense attorneys had reportedly subpoenaed Wade, who refused to discuss his reported comments with LSU or with NCAA investigators for more than a month.

LSU President F. King suspended Wade in March for his refusal to talk, causing him to miss LSU's regular-season finale. An internal LSU investigation cleared Wade to return to the court for the postseason.

He was officially reinstated by the university last week after a meeting with officials, during which he denied any wrongdoing.