'Just to see somebody like him — a down-the-bayou coach — work his way all the way up ... is just amazing' 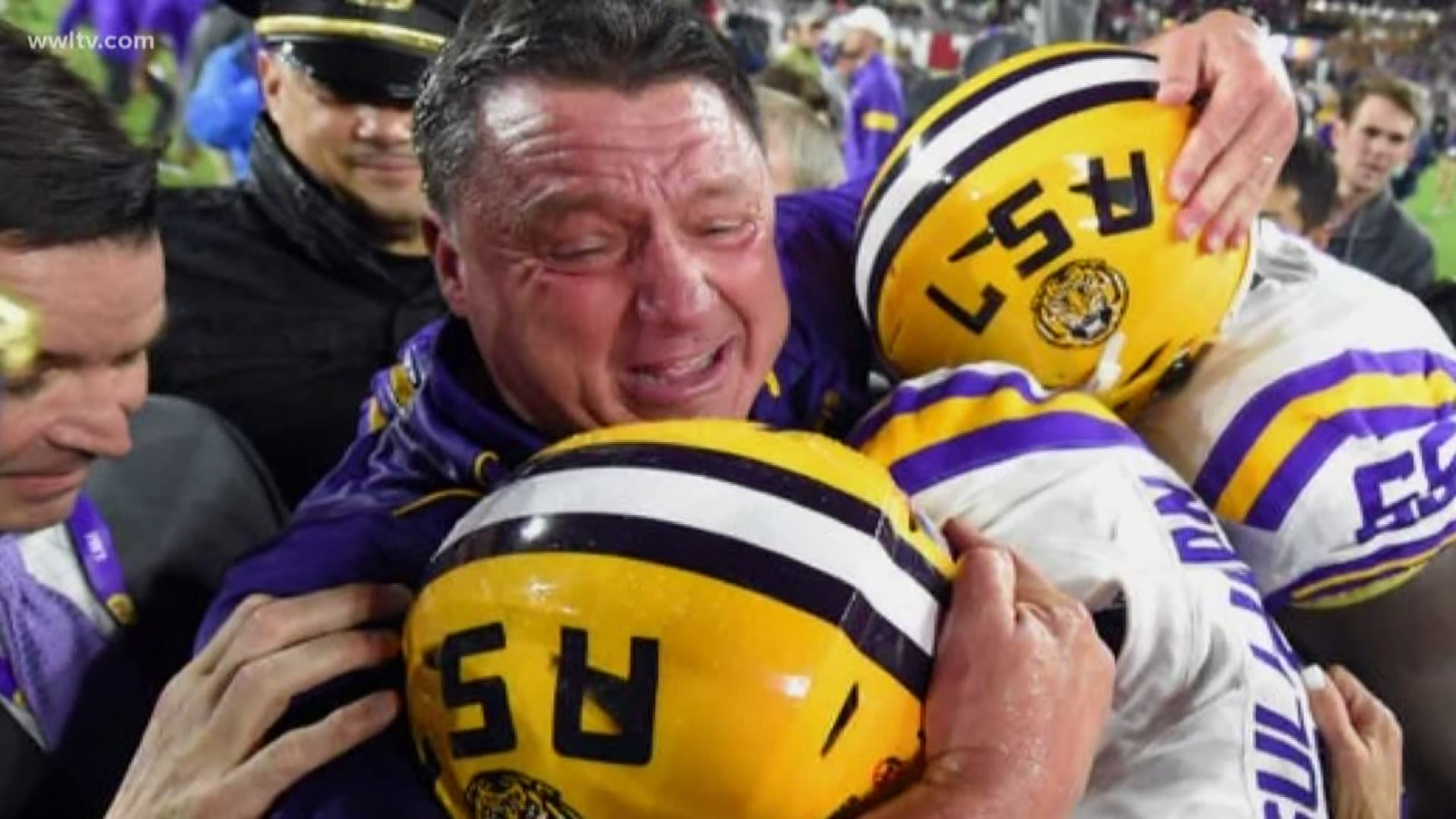 LAROSE, La. — "We're so proud of Coach O and all of the LSU Tigers," said a woman from Lafourche Parish.

LSU fans across the state were still celebrating the national championship win a day later, and the enthusiasm was especially high down the bayou, where Coach O is from.

It's almost like a Hollywood script. Local small-town boy not only wins the national football championship, but he does it with his home state school, and in his home state dome.

And that was all they were talking about down in his home town of Larose.

Down in Lafourche Parish, there was excitement and pride, along with some tears.

"Very proud of 'em. I can hardly believe it. He is so awesome, homegrown Louisiana boy," said Denise Ayo.

Down Highway 1 in Larose, everyone's talking about their homegrown son who grew up in 'Sugarland.'

"It's crazy. You see these people all the time. His mom comes over here, and it's just so crazy. It's just a small town. He's so down to earth. He's a good person," said Erin Doucet who works at D&D Drive Inn.

"You know, just to see somebody like him — a down-the-bayou coach — work his way all the way up to the national championship, bring us to the Superdome and ultimately win, is just amazing," said a young man from Cut Off.

A group of ladies from Lockport and Raceland was on its way to take pictures on Coco's front lawn, Coach O's mom. It's decorated with a tiger, lots of purple and gold and a wish list from Santa.

"It is not just a football game. It really is a spirit. It's a family. It's a camaraderie. It's just a feeling of togetherness, of a family of support," said one of the women.

"So proud of Coach O and the team and everybody. He made Louisiana a very happy town," said her friend.

And now along with big checkmarks next to 'head coach,' 'health and happiness,' 'Heisman Trophy,' and 'Beating Alabama,' there's a big checkmark near 'national championship,' but there's also a blank space near 'increase oil prices' and that concern was on other fans' minds and wish lists too.

"The oil industry's horrible. We're struggling here in Larose 10th Ward, and for this to happen — it's beyond excitement," Ayo said about the win with tears in her eyes.

And maybe, just maybe the national attention on Southeast Louisiana will pay off with a score that goes beyond touchdowns and field goals.