Coach Mainieri said he will coach the Tigers in the NCAA Tournament if they make the 64-team selection. 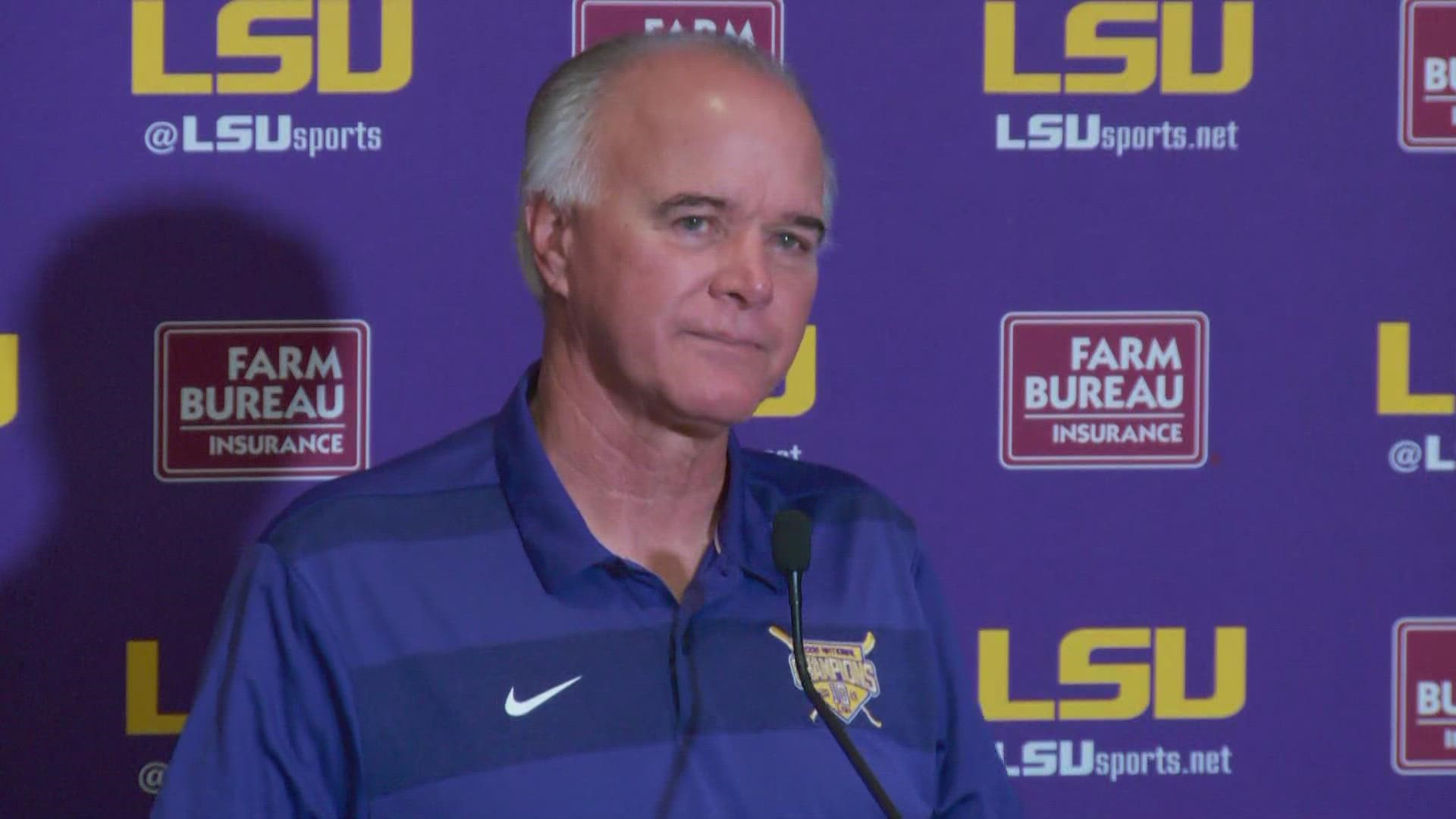 Mainieri announced his retirement on Friday, May 28. The Hall of Fame coach said he will coach the Tigers if they make the 2021 NCAA Tournament.

“I have been the luckiest guy in the world to have lived out a childhood dream of becoming a college baseball coach,” Mainieri said. “I’ve worked at four wonderful institutions, and it’s been the honor of my life to have served as the head coach at LSU for 15 years. To have carried the torch of a program built by Skip Bertman, the greatest college baseball coach of all time, has been a tremendous privilege. It has always been my unwavering goal to sustain the excellence that was created here."

Mainieri joined the Tigers in 2007 after coaching stints at St. Thomas, the Air Force and Notre Dame.

In his first season at LSU, the Tigers failed to reach the NCAA tournament, but that would quickly change.

Mainieri led LSU on a 23-game win streak in 2008 that led to an SEC Championship win and a place in the College World Series.

The Tigers entered 2009 as one of the top teams in the country and proved their believers right. Mainieri would lead his team to an SEC Title, an SEC Championship win and back to the College World Series.

LSU would go onto beat the Texas Longhorns and win the CWS.

Under Mainieri, the Tigers earned an NCAA Tournament Top 8 National Seed in six consecutive seasons (2012-17), making LSU one of only two schools to sustain that level of success.

Since 2008, LSU has earned nine NCAA Tournament National Seeds, the second-best mark in the country over the past 13 seasons.

Overall, Coach Mainieri holds a 624-274 record as LSU's head coach and has won more than 1,500 games in his collegiate baseball career.