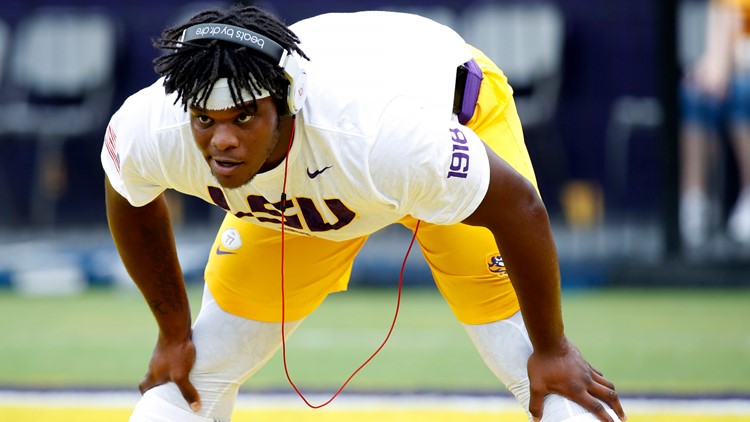 Charles and Divinity both were present for warmups before LSU's season-opening, 55-3 victory against Georgia Southern last Saturday. Neither played, however, and Orgeron has declined to specify why, saying the matter was being kept "in house."

Charles, a junior, has started 19 games, including all 10 games in which he played last season.

Against the Eagles, senior Badara Traore started at left tackle instead and split snaps at that spot with second-year lineman Dare Rosenthal, a redshirt freshman.

Sophomore linebacker Damone Clark made his first career start with Divinity out.

Divinity, a senior, started 11 of 12 games in which he played last season, when his five sacks tied for the team lead with safety Grant Delpit. Divinity also had 9½ tackles for losses, recovered two fumbles, caused a fumble and intercepted a pass.

Divinity's return in Austin would mark the first time since the 2018 season opener that he and K'Lavon Chaisson, another top edge pass rusher for the Tigers, could play in the same game.

Chaisson missed most of last season with a major knee injury. His return in this season's opener was highlighted by his flattening hit on running back Matt LaRoche that jarred the ball free and led to Delpit's fumble recovery.