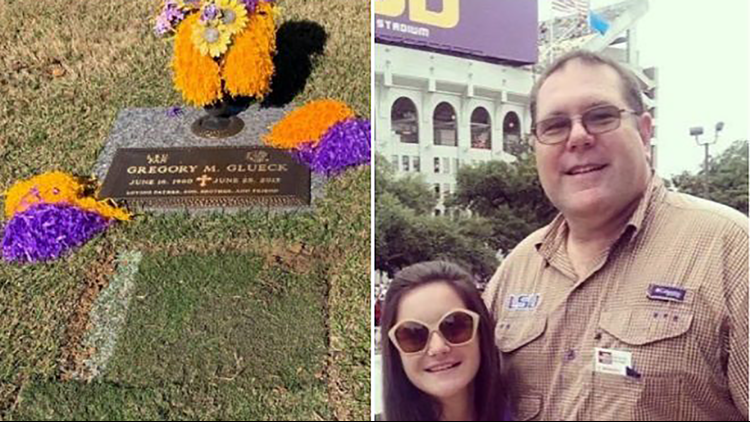 Photo by: The Advocate
When LSU football fans were granted the opportunity to take home a piece of sod from Tiger Stadium, one fan came up with a sentimental way to preserve the grass and honor her late father.

BATON ROUGE, La. — When LSU football fans were granted the opportunity to take home a piece of sod from Tiger Stadium, one fan came up with a sentimental way to preserve the grass and honor her late father.

The Advocate reports that Catherine Gueck decided to replant the grass over the grave of her father, Gregory, a die-hard Tiger fan. She shared pictures of the planted grass on Facebook on Tuesday.

"Well dad, you missed one hell of a season of LSU football. You’d love our QB this year," the post says. "I’m sad you weren’t here to watch it, but I got you the next best thing. Now you can rest under tiger stadium until the end of time!"

Gueck told the newspaper that her father was involved with LSU for most of his life before he died in 2015 due to heart complications. He was 55.

"He was everything LSU," she said. "He would be so excited to be buried under the turf where LSU went 12-0 for a perfect season.

"If Joe Burrow wins the Heisman, he would be so happy by the fact that he's buried under Heisman turf."

LSU gave away sod from Death Valley to make room for offseason improvements to the stadium. 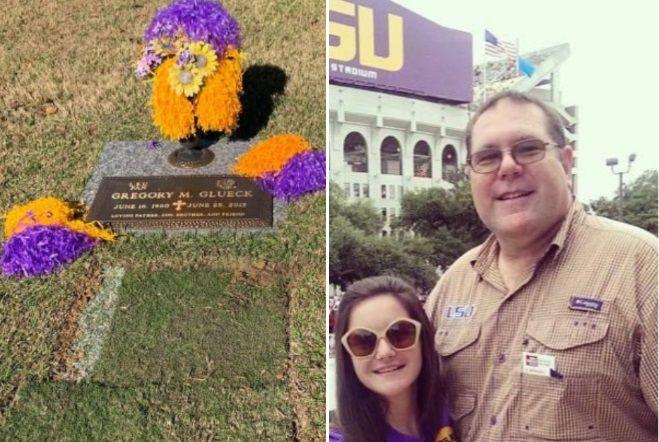 LSU fan honors her dad by planting Tiger Stadium sod at his grave: 'He was everything LSU'
When the announcement was made that LSU would be giving away sections of Tiger Stadium turf, fans took to Facebook to brainstorm what they would do with the hallowed sod. "Ship it to Nick Saban," one user wrote. "Make a Les Miles salad," wrote another, in reference to former football coach Les Miles' grass-eating habit.