The protest is in solidarity with NBA teams who went on strike earlier this week after the shooting of Jacob Blake in Wisconsin. 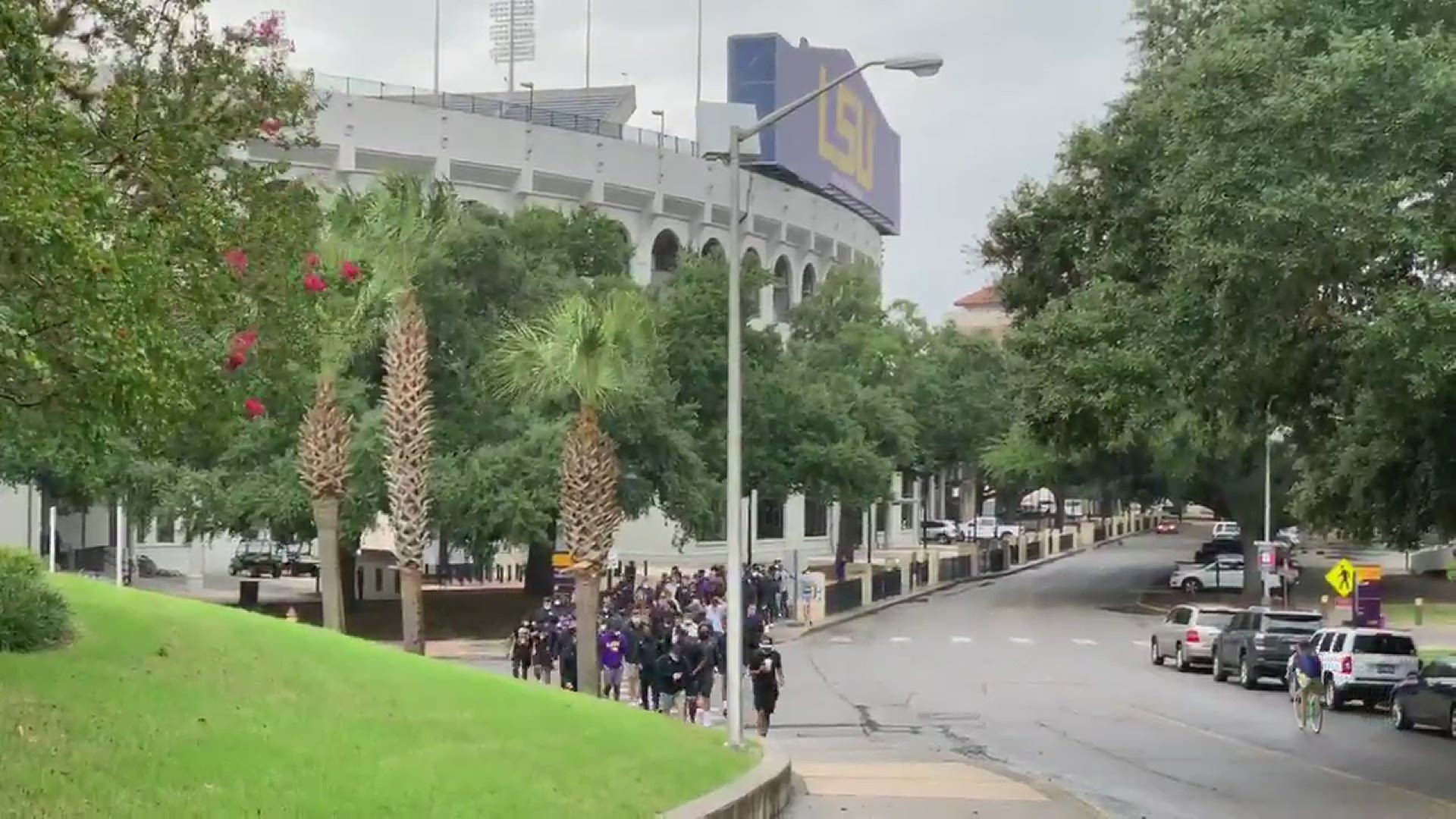 The protest is in solidarity with NBA teams who went on strike earlier this week after the shooting of Jacob Blake in Wisconsin.

Blake, a black man, was shot in the back seven times by police. Blake’s shooting left him paralyzed and was caught on cellphone video.

It sparked several nights of protests in Kenosha, making it the latest focal point in a reckoning over-policing and racial injustice that has gripped the country.

A Friday tweet from an official LSU football Twitter handle shared photos of the student-athletes wearing face masks as they gathered on campus for the march.

The photos were shared with a short caption: "One team. One Heartbeat. #MoreThanAnAthlete."

Players marched from Tiger Stadium to the university president's office. Interim President Thomas Galligan met with players once they arrived and was joined by Coach Ed Orgeron and Athletics Director Scott Woodward soon after.

Baton Rouge residents are no stranger to protests of police-involved shootings. In 2016, Alton Sterling, 37, was shot and killed by two Baton Rouge police officers. Police were responding to reports of a man selling CDs.