He was the unanimous pick of the LSU Board of Supervisors Thursday after public in-person interviews with three finalists and 90 minutes of closed-door debate. 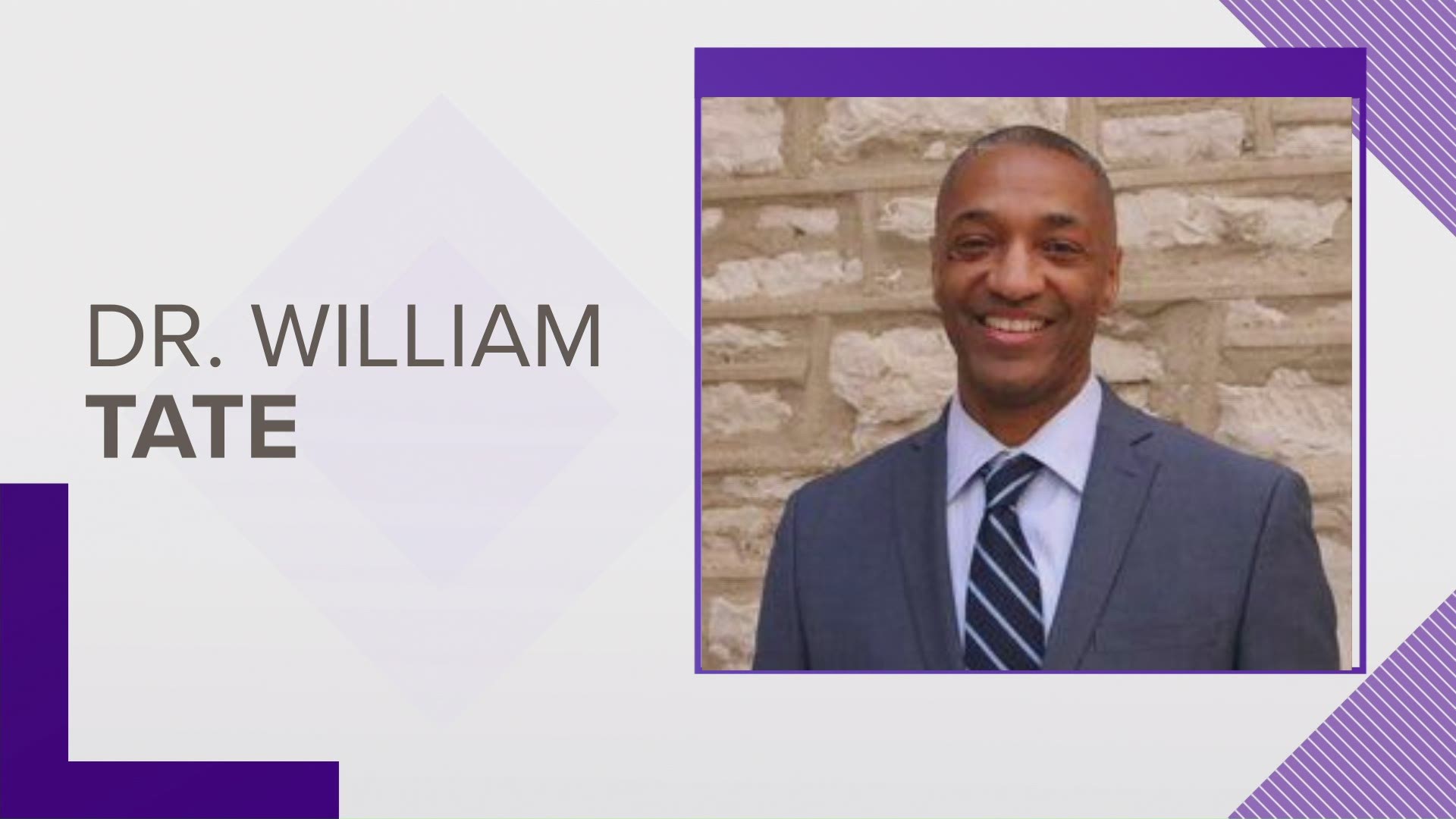 Tate has been provost at the University of South Carolina where he was in charge of the academics at 13 schools and colleges along with two medical schools.

At LSU he will be in charge of two four-year universities, one two-year institution, two medical schools, a law school, an agricultural center, research facilities and the Baton Rouge flagship, with about 50,000 students, according to The Advocate.

He was the unanimous pick of the LSU Board of Supervisors Thursday after public in-person interviews with three finalists and 90 minutes of closed-door debate.

Other candidates for the position were Kelvin Droegemeier, former President Trump's science advisor and Jim Henderson, president of the University of Louisiana system's nine public colleges.

Governor John Bel Edwards released a statement on the selection:

“Following a national search, Louisiana State University has selected Dr. William F. Tate IV to serve as its new president, and I congratulate and welcome him to this new role and to our state. This is a historic moment for the Louisiana State University system, as Dr. Tate will become the University’s first African American president and also the first African American university president in the Southeastern Conference. He has expressed a desire to ensure that more students have the opportunity for higher education at the schools in LSU’s system, including more minority students, those from rural areas and those who face financial challenges. He will also be charged with attracting first-class researchers and research funding to our state as we seek to continue and expand LSU’s role as a national leader in innovation and discovery. I share this goal of making higher education more accessible to students from all walks of life and all areas of our state and beyond and in growing the system’s prominence and I welcome his experience, vision and insight. I congratulate Dr. Tate.

Dr. Tate will lead Louisiana State University during a challenging time in its history. It is no secret that LSU is coming face to face with Title IX issues, including allegations that have been absolutely gut-wrenching to hear. All students should be safe on this and every university campus in our state, period. Dr. Tate will have to tackle this very important issue and I am confident that he is the right person to lead LSU.

I also want to thank Interim President Tom Galligan, who I came to know first when he was my law school professor and even more so over the past year as he has served admirably as the University’s interim president during a difficult time, for his continued service to the University and our state.”

According to The Advocate, Tate was born and raised in the southside of Chicago. His grandparents were a part of the Great Migration between World War 1 and World War 2, in which more than 100,000 Black Mississippians moved north for work and a chance at a less repressed life.

Tate will take charge of a system in the midst of several controversies, including an independent report that found widespread mishandling of sexual misconduct claims at LSU’s main campus in Baton Rouge. 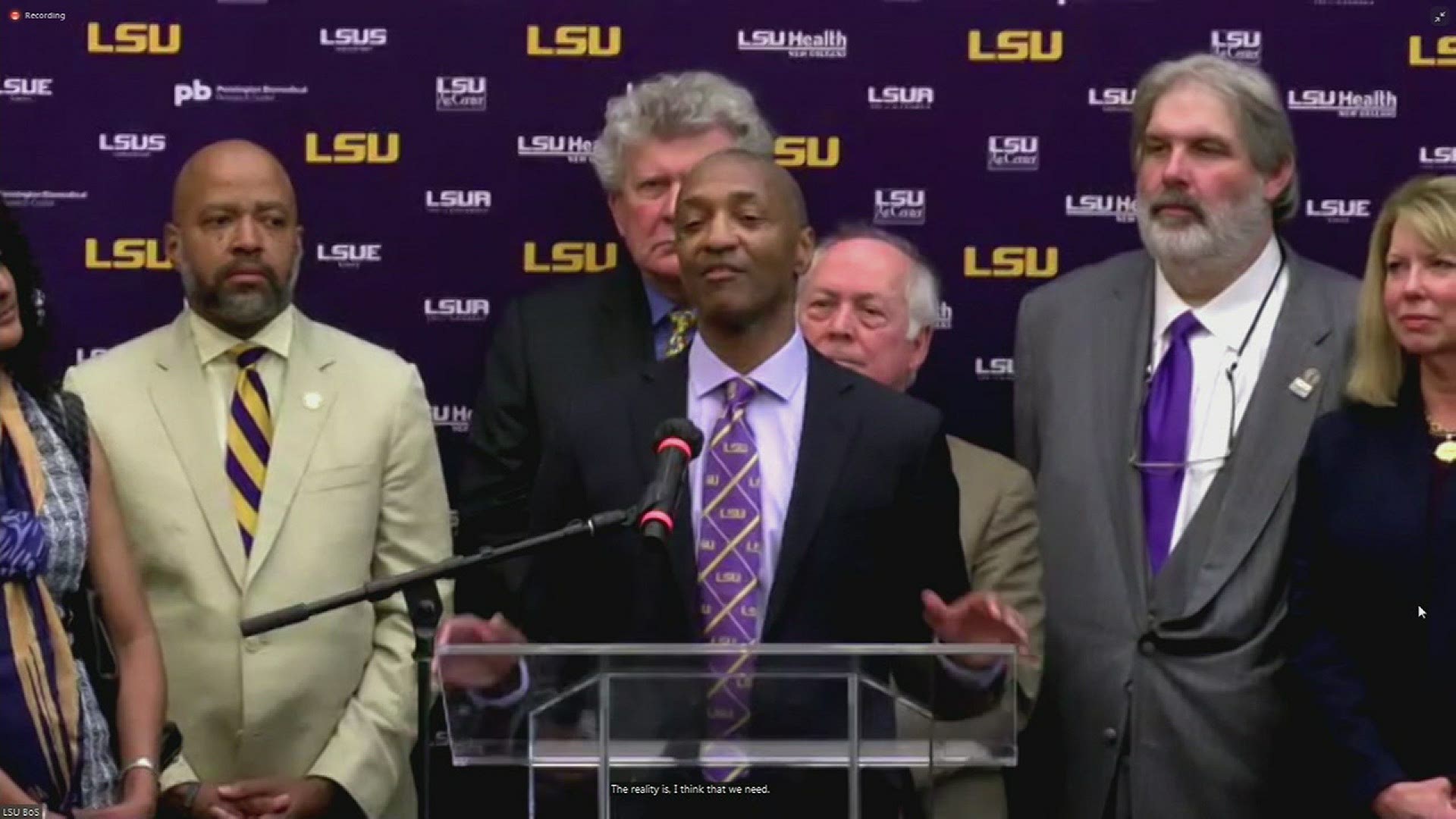 The University of South Carolina is also facing a sexual harassment scandal like LSU, according to The Advocate.

He faced criticism for not having a harsher response to the situation as the university's chief academic officer. Tate said he fired the accused professor.

“I want everyone (to) know that I am fully committed to remove whether you have tenure or not — gone, end of story," said Tate.

He’ll start the job as LSU president in July.

RELATED: 'LSU is not a safe place for women at such a young, vulnerable age,' says alleged sex abuse survivor