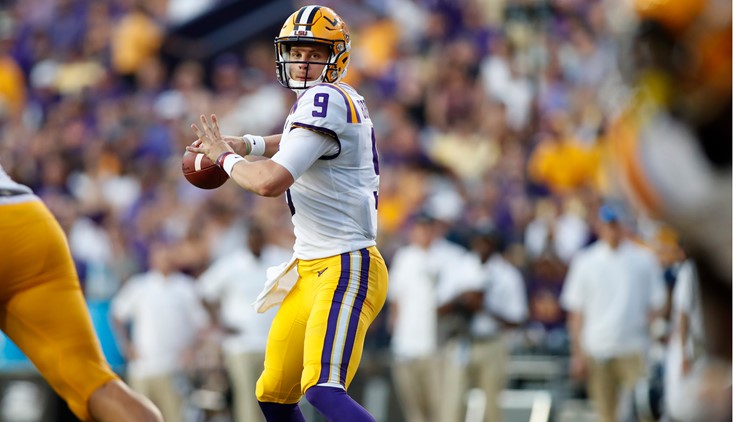 On Monday, Burrow was named Offensive Player of the Week for the entire Southeastern Conference after he threw for five touchdowns and went 23 for 27 passing for 278 yards, all without an interception -- and all in just the first half against the Eagles.

It's the third time Burrow has received the SEC honor. What's more, the performance marks the third game in a row Burrow has either set or tied a school record in his 11-3 stint as LSU's starting quarterback.

Against Texas A&M at the end of last season, the then-junior quarterback set the Tiger record for total touchdowns accounted for with six. Then, in the Fiesta Bowl against Central Florida, he set LSU's bowl record with four passing touchdowns.

Unleashing a new spread scheme, the Tigers (1-0) scored 21 points in the first quarter against Georgia Southern— something they never did in any quarter last season. Their point total was the most in a non-overtime game since scoring 63 against New Mexico State in 2014.