Tigers fans have been itching to get a look at the rings since quarterback Joe Burrow led the team to victory against Clemson. 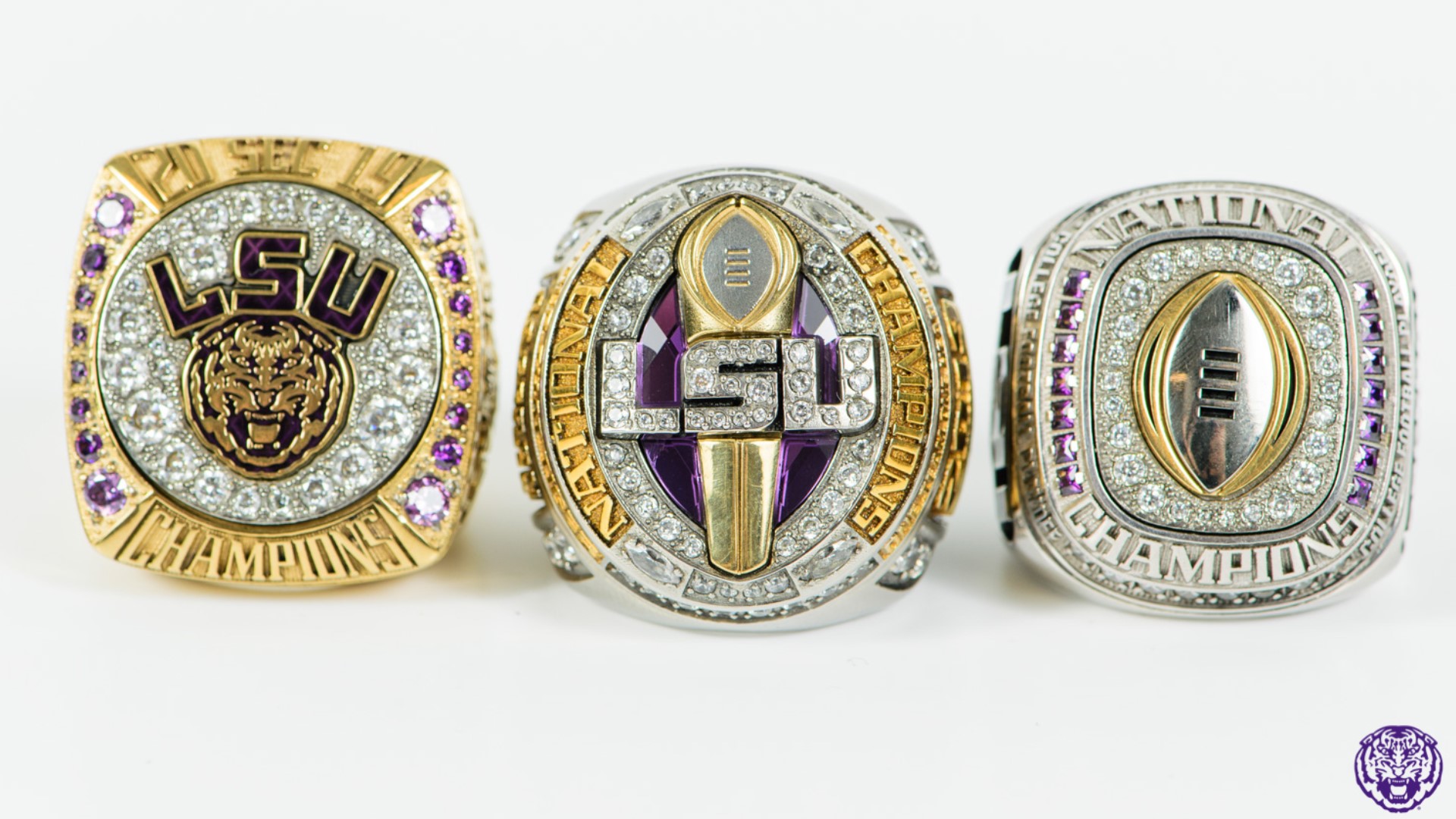 BATON ROUGE, La. — The coronavirus has put a damper on everything, including what should have been seen as a huge event for the reigning LSU National Champions.

Instead, the team held a small, relatively quiet event as the Tigers received their championship rings.

That’s right: Rings - not one, not two, but three rings.

The first ring honors their Southeastern Conference championship with the slogan “One Team, One Heartbeat” on the side. A tiger head is surrounded by diamonds on the front and “Geaux Tigers” on the other side along with the 37-10 score over the Georgia Bulldogs.

The College Football Playoff championship ring also includes the university’s logo on the front, also encrusted with diamonds and purple stones as well.

But LSU’s National Championship ring - the “crown jewel” has the championship trophy in the middle with LSU spelled out in diamonds. It features head coach Ed Orgeron’s 2019 slogans “Hold that Tiger” on one side and “One Team, One Heartbeat” on the other side. It is two-tone, featuring Tiger Stadium with “Geaux Tigers” spelled out in the stands.

Everyone on LSU’s 2019 team will receive one of each.

Tigers fans have been itching to get a look at the rings since quarterback Joe Burrow led the team to victory against Clemson, walking off the field pointing to his ring finger after putting the game out of reach.

The casual ceremony was held at LSU’s indoor practice facility where there was plenty of room for social distancing.

Redshirt Junior quarterback Myles Brennan also tweeted out a picture of his hardware saying, “Dreams do come true. On to the next.”

The 2020 LSU football season is scheduled to begin on Sept. 5 at Tiger Stadium against UT-San Antonio.