A few hundred students marched across campus following a USA Today report that said the school did little to investigate or punish allegations of sexual abuse. 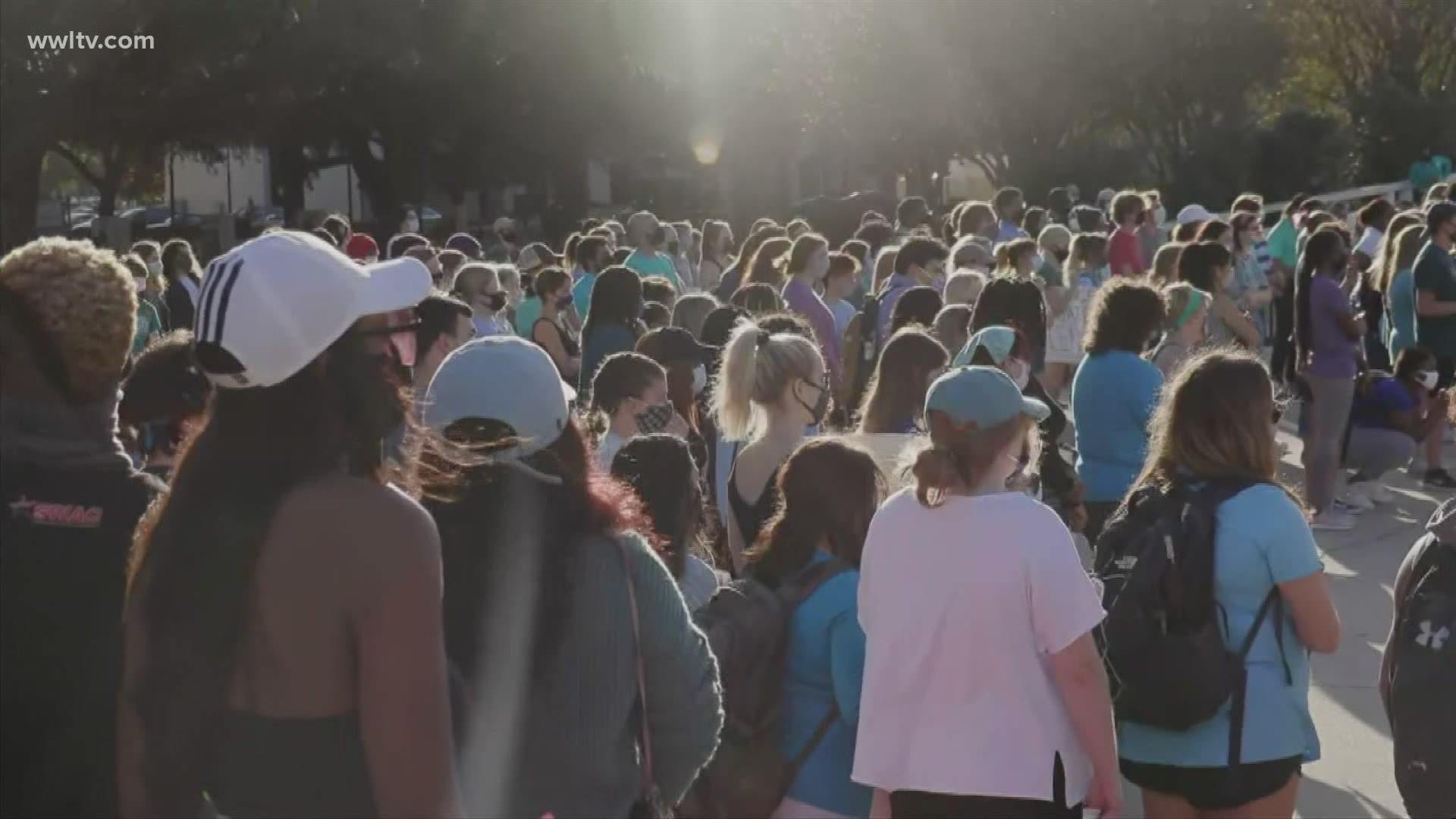 The article highlighted a couple of instances involving LSU football players, including former star running back Derrius Guice, but it also pointed out that other instances with similar outcomes did not involve athletes.

A lot of the marchers wore teal in honor of sexual assault victims.

LSU has hired a law firm to review their Title IX policies, which deals specifically with reporting and investigating sexual assault claims.

“We want the resignation of every official who has covered up sexual assault allegations,” called the students who organized the protest in front of the Pete Maravich Assembly Center, according to The Advocate. “We’re coming after them.”