The investigation comes as LSU faces allegations that it tolerated, turned a blind eye, or worse, to sexual harassment, sexual misconduct and sexual abuse. 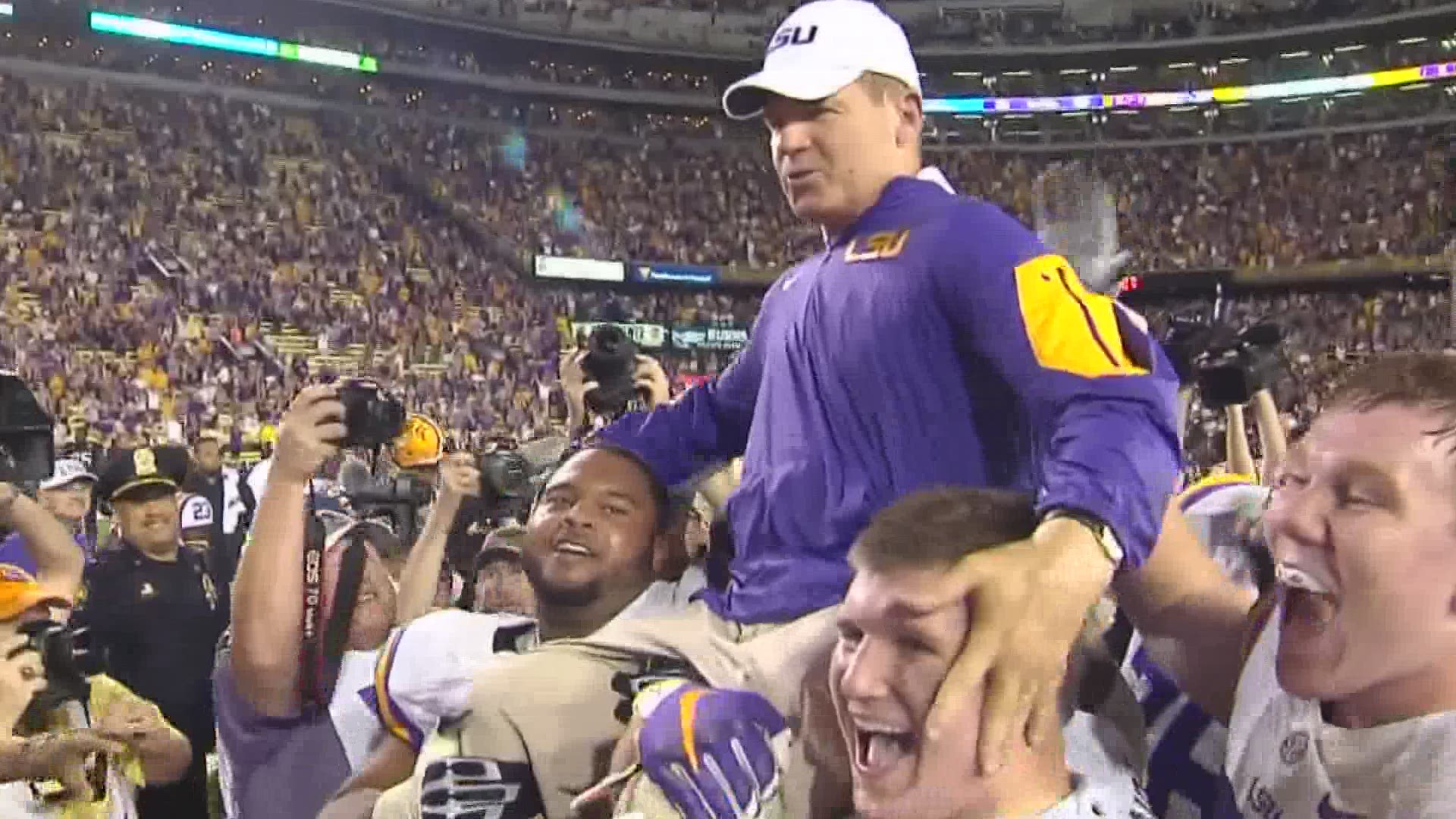 BATON ROUGE, La. — Continued reports of LSU simply ignoring or not addressing complaints of sexual assault and harassment claims are now the center of a federal investigation.

The U.S. Department of Education confirms that the Office for Civil Rights is directly investigating whether the university violated Title IX requirements.

That investigation comes as current associate athletics director Sharon Lewis just went public with claims of what she calls racist and degrading policies in the athletics department. According to USA Today, much of it happened when Les Miles was head football coach.

“He pressured her and got staff to pressure her to hire white girls, blonde girls, and replace the black girls and what he said [were] the ugly girls and the fat girls on staff,” said USA Today reporter Kenny Jacoby, who interviewed Lewis.

Lewis claims when she reported the actions, she was retaliated against. A report issued last month from  the law firm Husch Blackwell examined failures within LSU, including it’s handling of Lewis’ claims.

“When she saw the Husch Blackwell report and the Taylor Porter investigation into LSU, that really opened her eyes to a lot of things,” Jacoby said.

State lawmakers are already looking into how LSU leaders handled past claims. Set to meet Thursday, a Senate Committee is asking at least ten LSU administrators to testify.

“Being able to ask the questions, especially in light of things that have now come forward, I think is really important,” said Sen. Regina Barrow, chair of the Women and Children Committee.

Head football coach Ed Orgeron is on that list. The committee wants to know about his alleged communication with Gloria Scott, who claims she was sexually harassed in 2017 by former LSU player Derrius Guice.

Scott alleges Orgeron asked her to forgive Guice. Orgeron won’t be there to answer questions though. Instead, he sent a letter to the committee stating he doesn’t recall having any direct contact with Scott.

The federal investigation is looking at claims from the 2018-2019 school year up until present time, even though allegations show problems way before that.

Sharon Lewis is expected to file a $50 million lawsuit Wednesday against the university and administrators.

A news conference in that case is set for Wednesday morning in Baton Rouge.