The Tigers just won't let Paul Mainieri retire as they came back from multiple deficits against the region's top-seeded team. 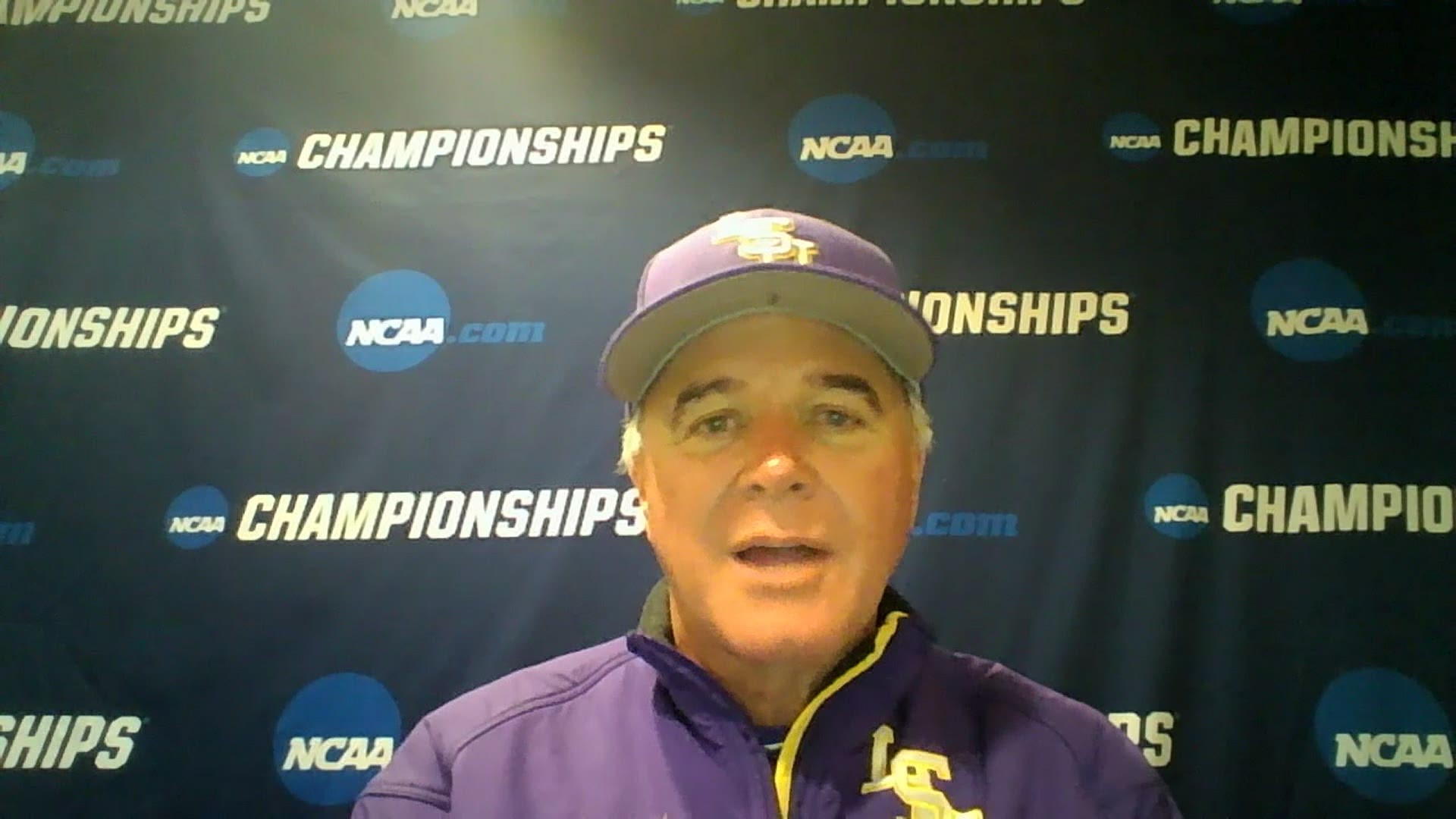 EUGENE, Ore. — LSU erased a 7-6 deficit with three runs in the bottom of the eighth inning Monday night, and the Tigers held on for a 9-8 win over Oregon in the championship game of the NCAA Eugene Regional at PK Park.

LSU advances to face Tennessee in the NCAA Super Regional in Knoxville, Tenn. The NCAA is expected to announce on Tuesday the schedule for the super regional, which will begin on either Friday or Saturday.

LSU, which won four straight elimination games to capture the regional title, improved to 38-23 on the year. Oregon finished its season with a 39-16 record.

The Tigers’ regional title marked the first time since 1989 that LSU won a regional on the road. The ’89 Tigers won the NCAA Central Regional at College Station, Texas.

The Eugene Regional title also marked the first time in LSU baseball history that the Tigers won a regional after losing the first game of the tournament.

“Obviously, this was a tremendous accomplishment,” said LSU coach Paul Mainieri, who earned his ninth NCAA Regional title as the Tigers’ head coach. “To lose the first game of the tournament and to come back and win four straight elimination games is an incredible achievement for our team.”

Right-hander Landon Marceaux (7-6), LSU’s No. 1 weekend starter, earned the win in relief, as he worked the final 2.1 innings and limited Oregon to one run on four hits with no walks and two strikeouts. Marceaux was the last of six LSU pitchers who contributed to the regional victory.

LSU entered the bottom of the eighth inning facing a 7-6 deficit, but the Tigers scored three runs against Oregon closer Kolby Somers (2-2). Leftfielder Gavin Dugas led off the inning with walk, and he moved to third on a double by third baseman Cade Doughty.

After Somers struck out centerfielder Drew Bianco, Dugas scored on a ground ball to first base by designated hitter Cade Beloso, tying the game at 7-7. A balk by Somers scored Doughty from third with the go-ahead run, and shortstop Jordan Thompson lined an RBI single to give LSU a 9-7 lead.

Oregon pushed across a run in the top of the ninth, but Marceaux retired third baseman Sam Novitske on a fly ball to right field with runners and first and third to end the game.

“I know a lot of people and counted us out after we lost the first game of the regional, but baseball is not an easy game to play,” Mainieri said. “Fortunately, we get to keep battling and go to Tennessee this weekend. We’re going to give it everything we’ve got, and hopefully we can be victorious.”